By @bravinmusungu (self media writer) | 10 months ago 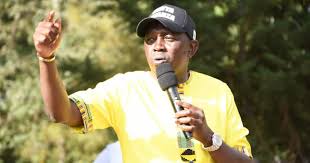 Raila Odinga was heckled during Mr Kibor funeral in Uasin Gishu county. His chopper was stonned by youths in the region which has led to several of them arrested over the incident. Various leaders have condemned the action that happened to former prime minister.

President Uhuru today reacted over the matter by sending strong message to the people concerned that they are playing with fire. "What if Raila was injured in that attack. Kenya would be on fire right now," said president Kenyatta. His reaction has attracted Oscar Sudi who has angrily reacted over it.

On his twitter,Oscar Sudi has angrily reacted by telling president Uhuru Kenyatta that he should thanks his deputy William Ruto for apologizing to former prime minister over the incident. Sudi has attacked the President by associating him with violence,hatred and tribalism from his comments over the reaction while calling him an inciter. Oscar Sudi had expressed his annoyance towards Uhuru just some hours after appearing at DCI headquarters in Nakuru for the same matter. 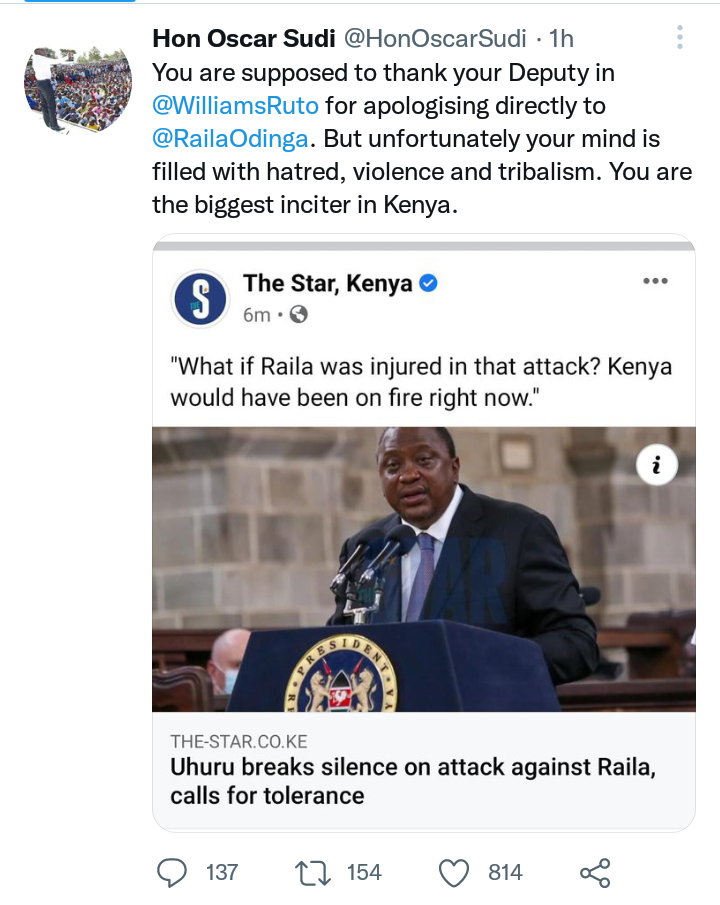