By AaronmullaKE (self media writer) | 8 months ago

Jose Chameleon is a Ugandan Afro Beat, dancehall and reggae musician.He ventured into entertainment industry as a Deejay in the year 1990s that's when he used to perform in kampala,Uganda.After sometime,Jose Chameleon who goes by the real name Joseph Mayanja started singing.That is when he moved to Kenya under the label Ogopa Deejays.

In Kenya to him it was not easy.He was to struggle.He looked for Kalamashaka group to do a collaboration but they were no where to be seen.The worst thing about the situation Jose Chameleon was in,is that Kalamashaka musicians had promised him to be featured on their album but later they denied.Kalamashaka was a group that was on top in the 1990s and early 2000s.The group originated from ghetto Dandora area in Nairobi.

More about the Kalamashaka is that it consisted of 3 members and these are,Oteraw, Johny and Kama.It was a hip hop group that was talk of town and the whole of Eastern Africa.The reason why Jose Chameleon approached them was to make or to build his brand through their surppot but his plea was never heard. 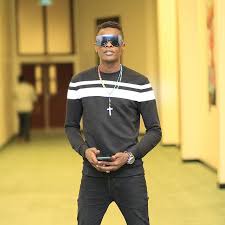 It was a good luck while he was still in Kenya,he met Redsan who is a Kenyan dancehall reggae musician.By that time Redsan was famous while Jose Chameleon was still struggling to break through his music career.He spoke to Redsan and surely he listened to him and that made them to release a song "Bageya" the song that made Jose Chameleon to build his brand across East Africa.

It was just recently after a long time when Jose Chameleon Confirmed that there are some artists from Kenya who denied him a collabo,and with him he cannot do the same to upcoming artists,because he knows what the struggle to break through in music what it is and what it takes.All these words he wrote on his Instagram page.Look at the screenshot of the page below. 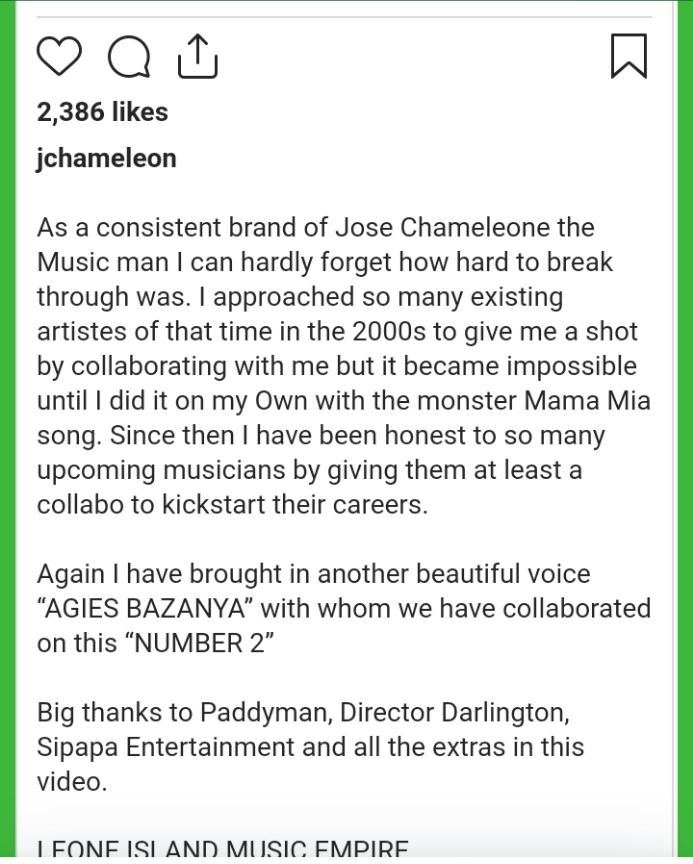 On this world everything happens for a reason and a purpose so long as you trust in the Lord.Currently Jose Chameleon owns a big music empire known as Leone Island Music Empire in Uganda.From the struggles or the obstacles he went through,they taught him a lesson and he learned something from them.He is the man who said and he is still saying that he will always support upcoming artists because he knows that the music journey is not a joke.It needs focus and determination the way he did after his Collaboration with Redsan.If I can give you an example,Vivian from kenya who was an upcoming artist by then,featured Jose Chameleon in her song"ChamCham" and truly Jose made Vivian's name across East Africa.

As an upcoming artist be ready to tackle the obstacles you might face.Doing music as a professional career it is a journey,and let me not single out music alone also other professional careers.Just be ready,work smart and promote connections.Do not let your career to lie on someone because you cannot trust a human being 💯.Just be you and do your best,if someone will come and support you then well and good and if he or she will not you will still be okay because you were not expecting to be helped.The last thing that ruins our careers is that we compete with our friends which is bad.On this world we were created different and you should accept your situation.Do not waste your time competing, just use that time to concentrate on your work and God will help you.

Kenyans React to Kuria's Post Over IEBC And Kiagu By-election