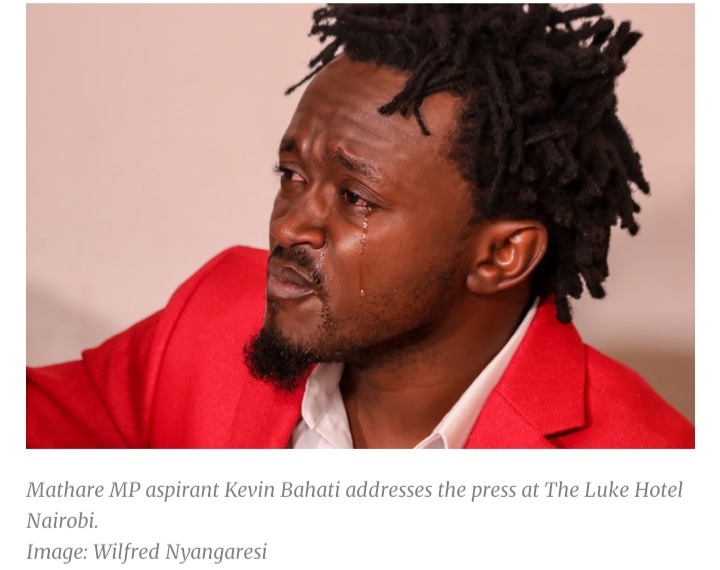 Singer Kelvin 'Bahati' Kioko was on Monday kicked out at an Azimio la Umoja rally in Nairobi.

The singer turned politician who thronged the event formed by senior Nairobi allies of the Azimio la Umoja One Kenya Alliance was chased away from the rally shortly before speaking to his allies.

The Azimio la Umoja rally happened at his Mathare Sub-County where he is eyeing to vie for the MP seat on a Jubilee party ticket. 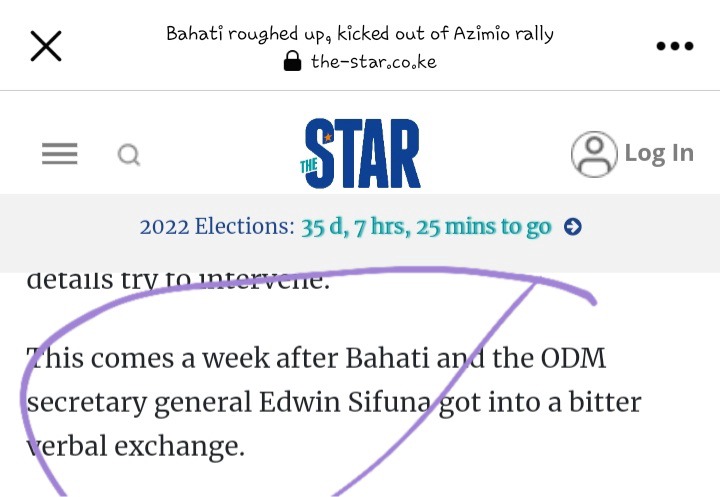 In a viral video recording seen by the press, some aspirants were filmed tipping off Bahati to go away and ditch the rally.

However, according to the Star newspaper revealed that the incident happened after Bahati and the ODM secretary general Edwin Sifuna were caught up in a heated verbal exchange.

Sifuna had declared that Azimio had picked the outgoing Mathare lawmaker Anthony Oluoch to contest for the seat in the August 9 election.

Bahati told to the Sifuna that he won't give up in his quest for the MP even as he urged him to leave affairs of Jubilee party candidates.

Many aspirants pledged not to give up as they rubbished the zoning method.

Among those who dismissed the zoning plan is Jubilee’s Makadara aspirant Mark Ndung’u who has pledged not to shelve his ambitions for Makadara MP George Aladwa. 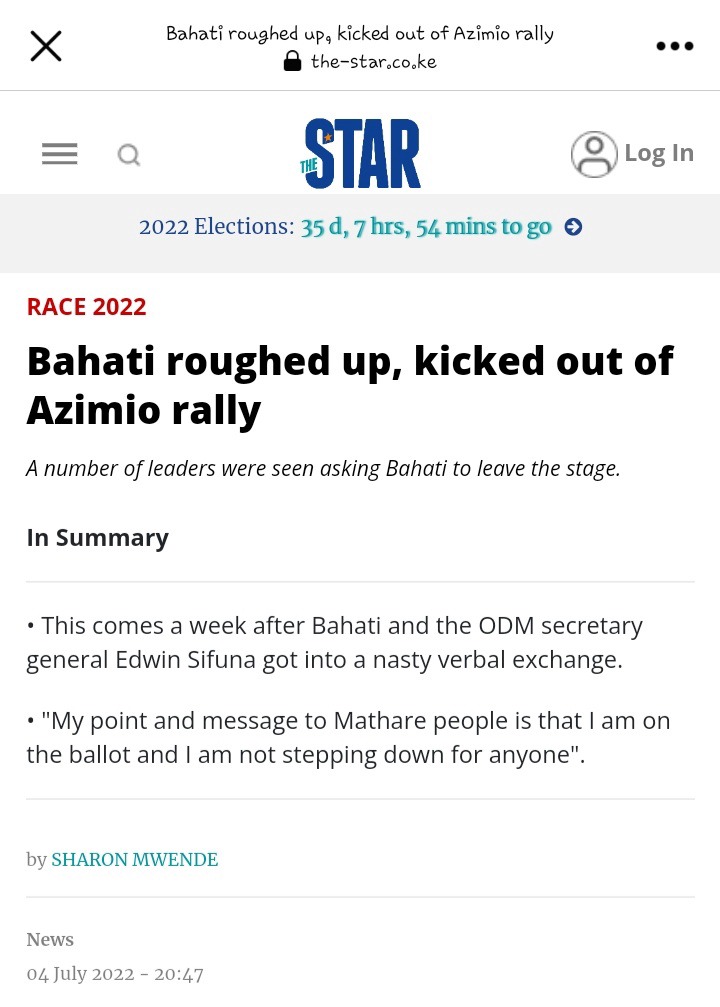