She spilled the beans about the controversial news while speaking to Nairobi News today. The sassy lass made it known that she is tainted with worries after her lover texted him today that he's not okay, just a few hours after spending last moments with him. 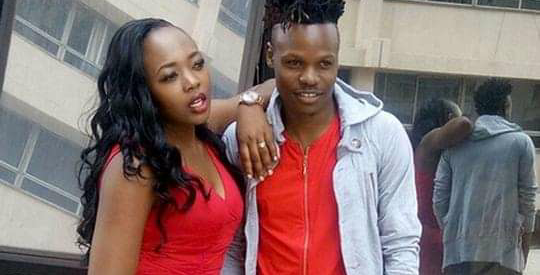 She made multiple attempts to find him but all her efforts bored no fruit as the singer remained inaccessible since then.

They last saw each other at around 1:30 pm today after he paid a visit to Stima member grounds in Ruaraka with motives of picking his winning Mathare North MCA certificate.

She further added that Eko Dydda was last dressed in disguise as a woman after being certain that his life was in danger following hints from local authorities.

Meanwhile, she's has been left confused as police in Ruaraka and Buruburu police stations have dismissed her claims, suggesting that it would be best if she reports the relevant matter to the Independent Electoral Boundaries Commission (IEBC). 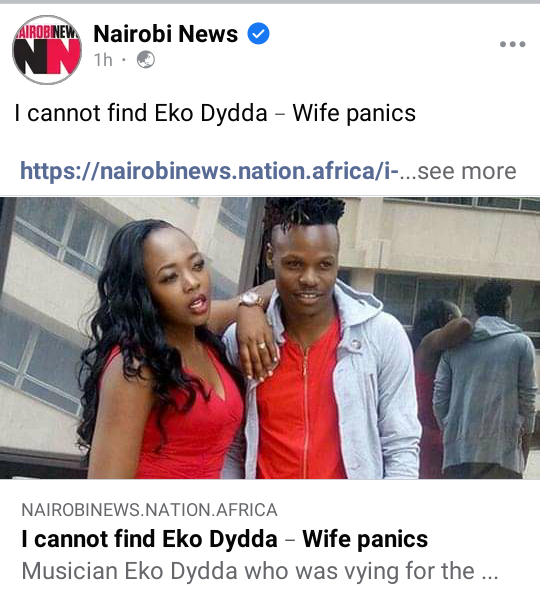 This comes barely a day after the Vidole hitmaker came to the limelight after a nasty ambush by knife-weilding goons believed to be attached to his rival.

Eko Dydda announced to his fans on Thursday that he had earned a magnificent triumph in the tough battle for Mathare North MCA seat.

Through an instagram post, he penned down, "Congratulations to everyone who voted for me. That was a landslide win. MCAmathareNorth. Showtime! People are about to witness how great our God is."

However, after his sentiments, there have been ongoing ostensible rumours that he lost his seat to Oscar Lore.

Meanwhile, Family and friends have revealed that they last spoke with him while he was calling for help last night.