Matendechere, A Man In The Viral Video Finally Revealed Why He Insisted On The Term 'Nitakufinya' 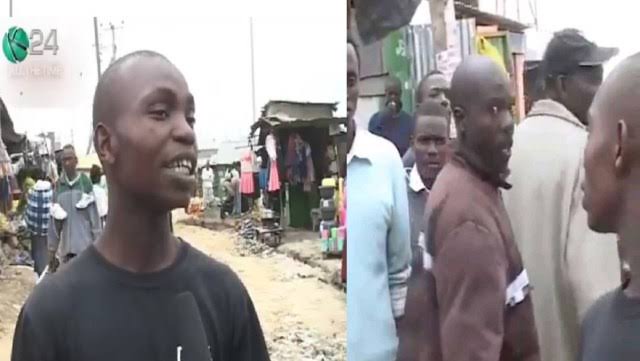 According to K24 report, a man behind Nitakufinya, finally reveals more about his life. He reported on interview with K24 that he is currently a father of 9 children. He added that he is a husband to two wives with daily life struggle. 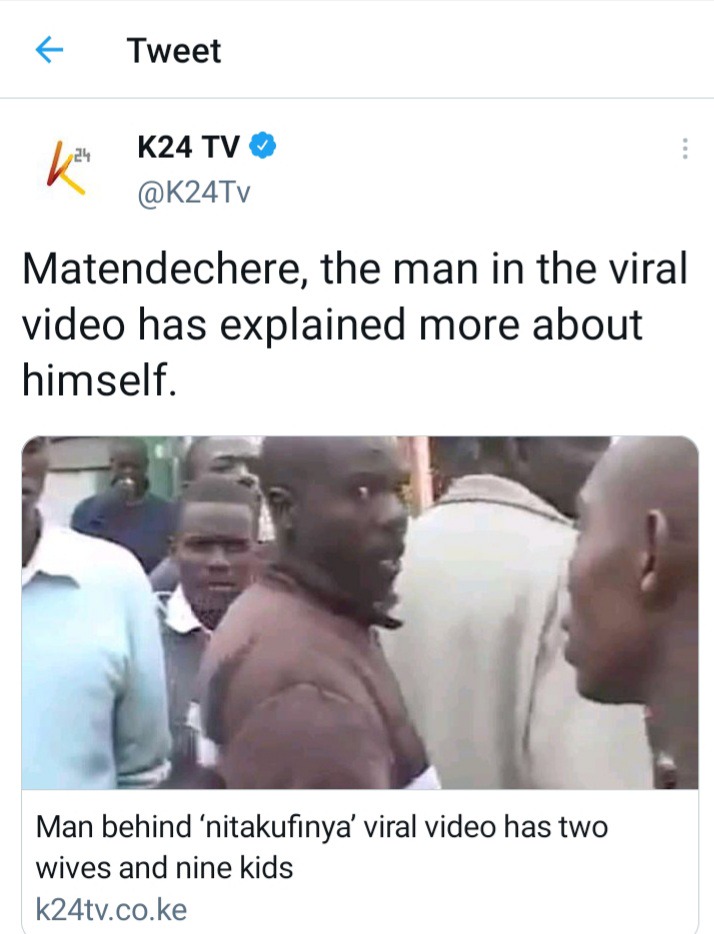 While speaking with K24, Matendechere responded that his two wives and nine children are very happy about the viral video 'nitakufinya'.

At was reported that after her video went viral, the two wives were very happy about the fame in their family. Despite the positive aspects of the video, some were reported to be using it badly especially to imitate some politicians.

In the viral video, it was reported that some were not keep to realise Matendechere was passing a strong message to one of the citizen being interviewed so as to ask for job opportunity.

According to Matendechere, they he has known his friend Charles Musyoka for long and they have been friends for long. He cleared the air that he had no bad intentions with Charles Musyoka and they are still friends upto date.

According to him Musyoka never made a good move. The reason being at one point Musyoka got injured while he was working with some company in Industrial Area and he was lying that he was electrocuted. If you were given an opportunity to what would you tell the government?.

5 Signs a man likes you and he needs you

Dear men: How to make your wife feel special