After a month of drama between the two Churchill Show comedians, Professor Hamo and his girlfriend Jemutai, the parties seem to cease fire after Professor came out publicly and issued an apology for his behavior. 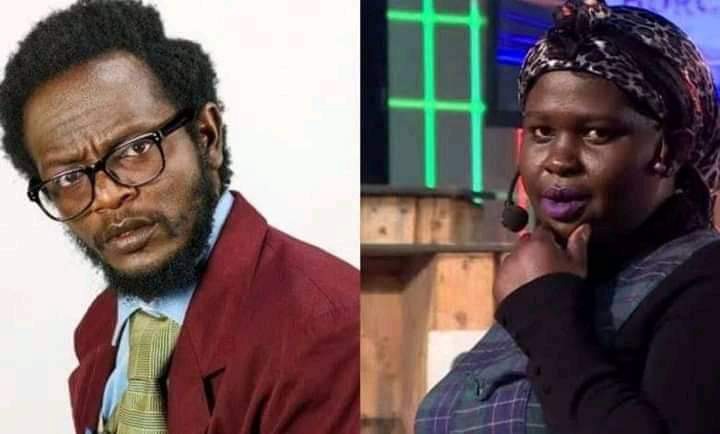 According to the post made by the comedian, he really accepted the fact that he was wrong to denounce his family and own blood. He said that after a long period of soul searching, he opted to come out and own his mistakes in a genuine way. He never wanted to be forced to do it because by doing so it won't be a genuine apology.

He said that though the fight was intense, they have agreed to patch things up and restart a fresh.

He thanked his boss Daniel Churchill and Robert Burale for stepping in and trying to make him see the light.

His commitment was now how to raise their kids in a proper way. 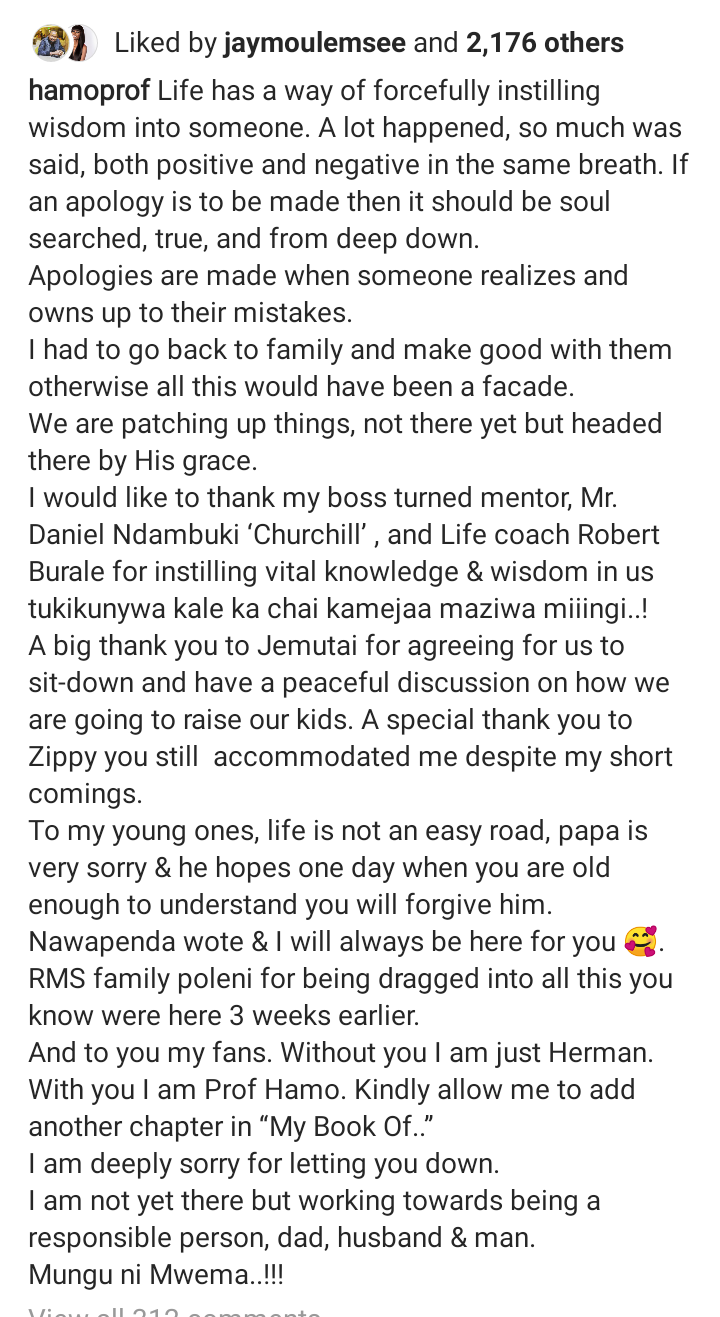 Not only did he apologize to the wife and Royal Media Services but also to his fans for letting them down. Most of the fans were seen accepting his apologies. 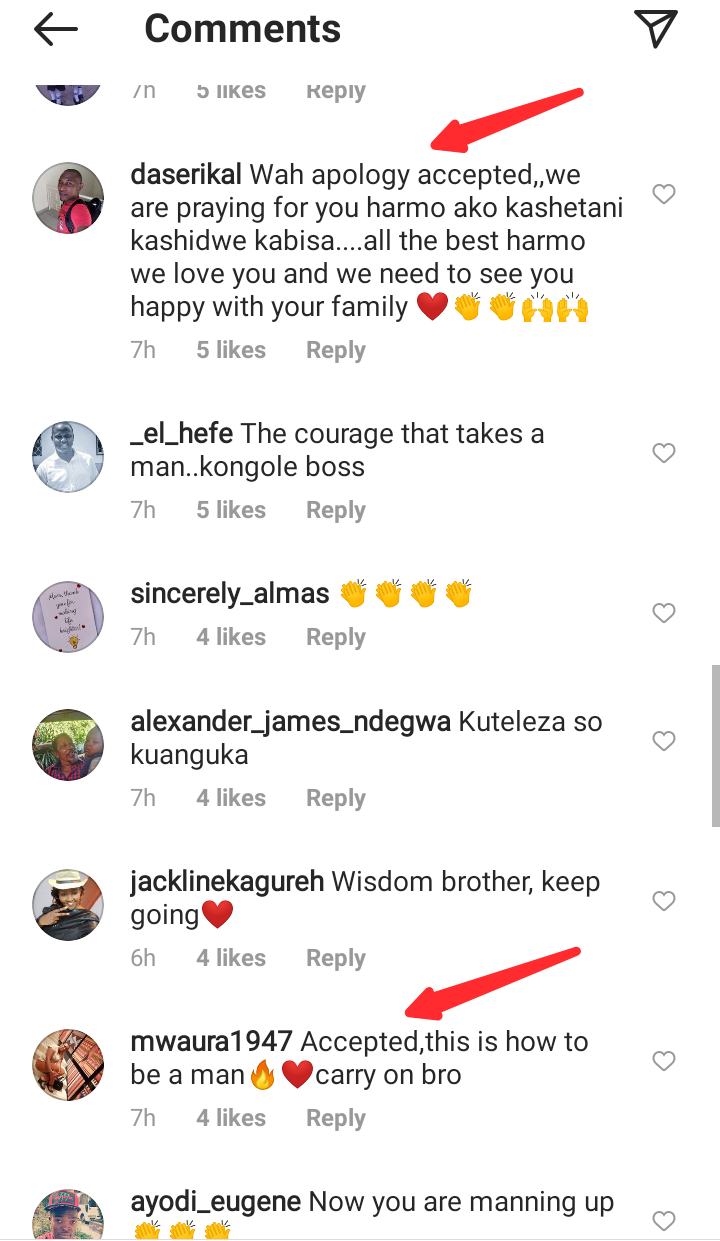 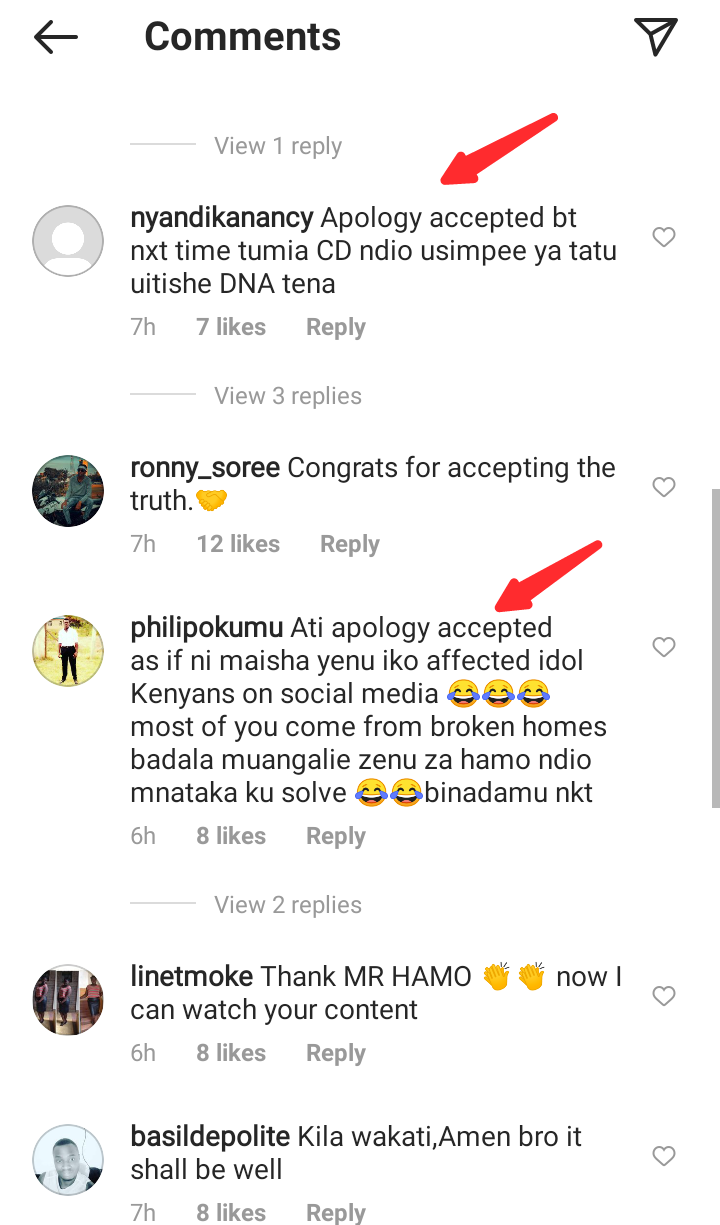