Get To Know Kalenjin Vocabularies With Their Meaning

By Ridhaa (self meida writer) | 1 months 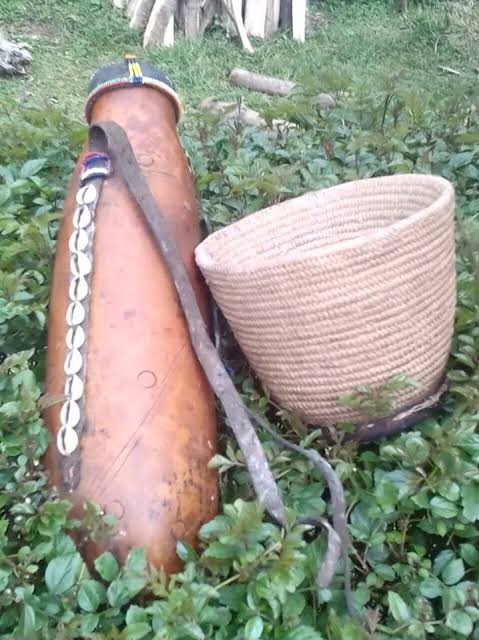 The Kalenjin are a group of Southern Nilotic peoples indigenous to East Africa, residing mainly in what was formerly the Rift Valley Province in Kenya.The following are kalenjin vocabularies and their meaning:

a) Kapyugoi- Name of son in-law by father in-law.

b) Botoiten-Name of father in-law by son in-law.

a) Umama-The real name of your mother real or actual brother.

b) Abule –Name to your male cousins of your mother.

a) Mbojo – Name of your sister brother to you.

b) Senge – respect name by your father sister (auntie).

a) Tilya – Respect name of relative of same clan.

6a) Makigat – Respect name to great grandfather of either sex.

b) Mochogoret- Respect name by grandparent to his/her grandchildren.

a) Korgetab-yugoi-Respect name to daughter in-law by mother in-law.

a) Bamongo/Aboiyon- Respect name by son to his father.

b) Konut – Name of your father by neighbor when distressed.

a) Batiem-/kogo- Name of grandmother by grandchildren.

b) Chepyoset- Name of elderly woman by his husband.

10. a) Boger –Name of mother in-law to son in-law who request sheep to be part of dowry.

b) Bogine- Name of mother in-law to son in-law who request goat as part of dowry.

11. a) Bomori /agui –Name of any elderly man age of your grandfather also name of parent.

b) Batany– Name of grandfather of your father side.

c) Bokwo/Botich- Name of grandfather of your mother side.

12. a) Bakule- Name of agemates who were circumcised in the same home or menjo.

13. a) Ornyon- Name of clan members by distantly related.

b) Manyun-Name of clan members but closely related.

14. a)Chonginiek- First members of a given age group or sets.

b) Kiptaru- Second members of a given age group or set.

c) Kiptoyotoek- middle members of a given age set.

d.)Kiptoin – last group of members of a given age set or group.

b) Seegeik- Second spies of a raid.

d) Pirtich- Those responsible for cattle.

f) Kipeelbany- cowards who feeds worriors on their way home.

2. Mabwai- the altar must be on the eastern side of the main house as it is a sacred place.

3 Kaapmetet- sitting place for women and in most cases to the western side. women do their stuff there.

6. Kaaptich/singiroino- hut for men built inside or adjacent to cattle enclosure for security reasons

1.Olmarich/mogoto- gate although they are not the same. In the main house (kamosop) we have,

8. Saanet/saana- place for keeping utensils and it hangs from the root