A woman has found herself on the wrong side of the law after she was busted trying to hide several stolen items that she had stolen from the shop. 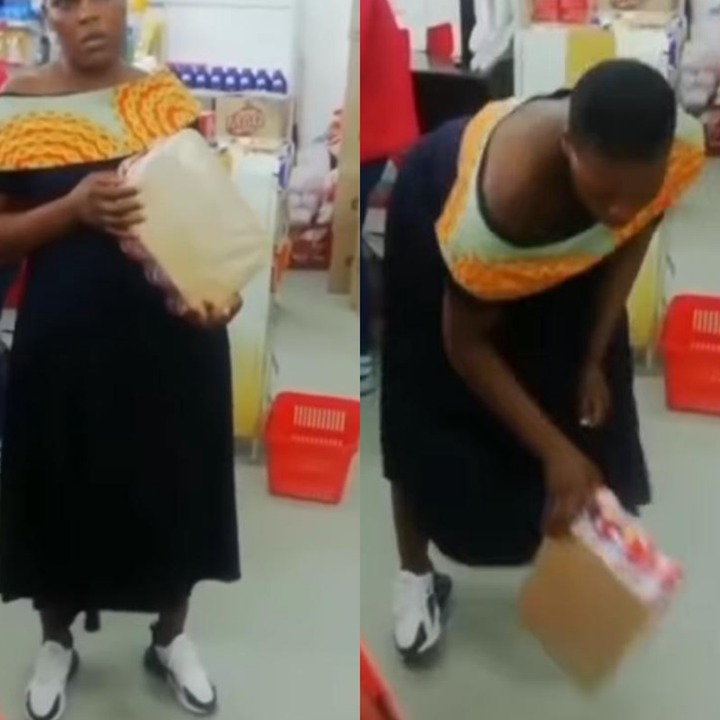 In a video that has since gone viral after being uploaded on instagram, the woman could be seen taking cans of soft drinks which she had hidden in her under pants.

According to the reports given the witnesses, they revealed that the suspect who was later taken to the police station for more investigation was caught on cctv cameras after which she was confronted by the guards.

This incident has sparked a lot of mixed reactions from Kenyans who seemed to have been confused on why there was an increasing number of thugs in the country.

With a section of Kenyans claiming that maybe this was due to joblessness, others went ahead and called for her arrest adding that she shouldn’t be exempted just because she is a woman. 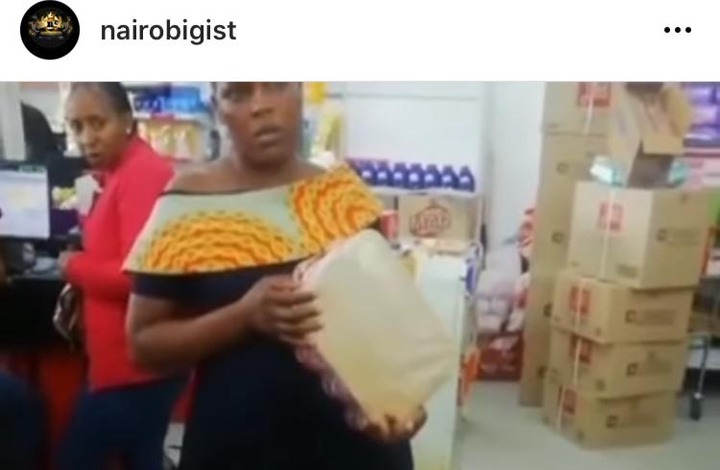