By Thegoat (self media writer) | 5 months ago 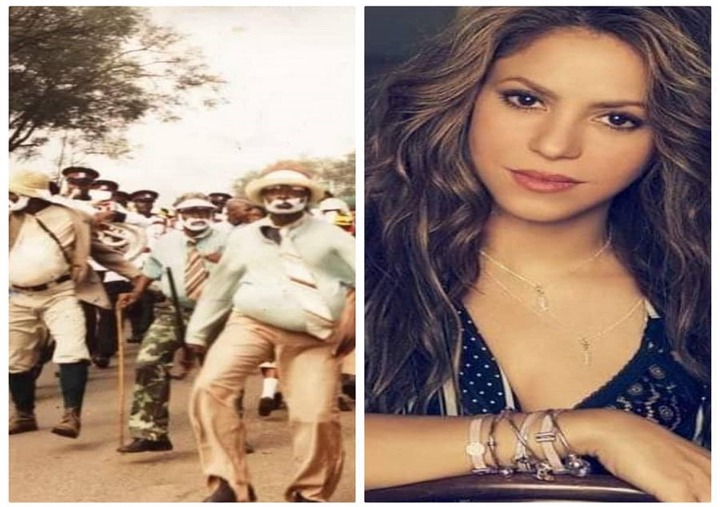 "Its time for Africa" was one of the best selling songs among many songs sang by the Colombian pop star Shakira Isabel Mebarak featuring South Africa's Zolani Mahola in the 2010 football world cup hosted for the first time in the continent in South Africa.

However, it is alleged that Shakira was not the original owner of the sensational song across the world. According to African Archive on Twitter, the song was originally produced by an African band belonging to a presidential guard known as the Golden Sounds. 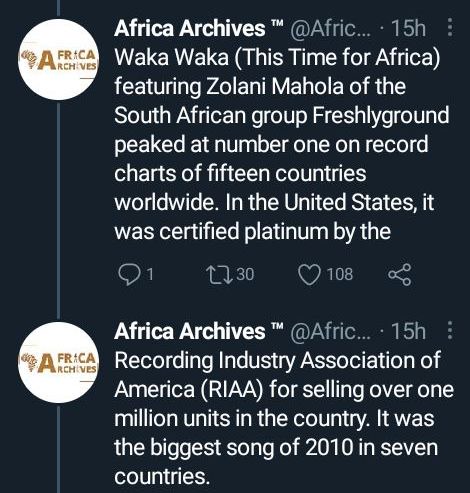 Furthermore, the sensational genre is said to have been brought to Colombia where it was famously known as the Military. According to Africa Archives it is believed that the song was taken to Colombia by African disc jockeys (DJ) where Shakira is believed to have heard it. 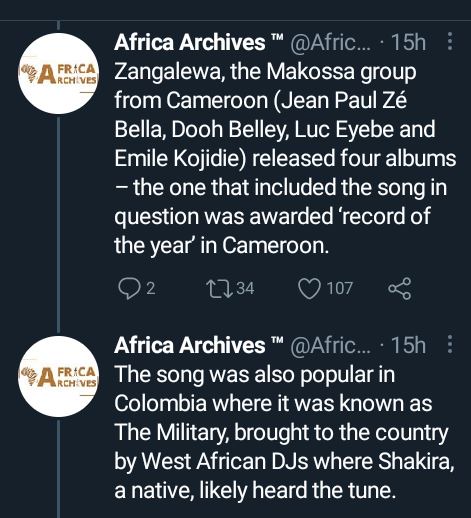 The Africa Archives has described the Zanglewa group for with their traditional attire. The group would dawn military attires with a bundle of clothes stuffed below their belly giving an impression of a huge stomach as a result of eating too much or drinking African brews.

It is further explained that upon releasing the song in question without volition from the Zanglewa group, there was an uproar through online campaign demanding that the Zanglewa band be Compensated for copy right violation and plagiarism allegations. 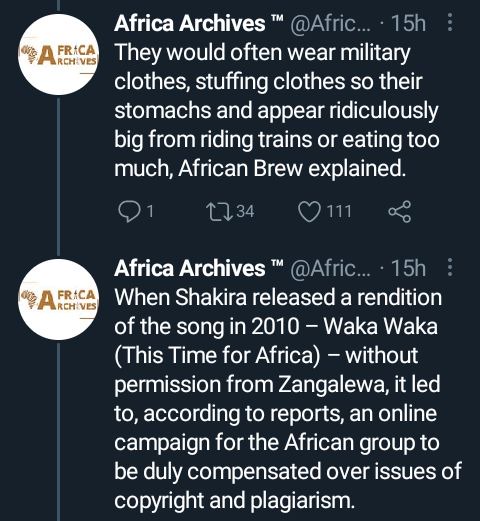 Below are further screenshots explaining the events that occur as revealing by the Africa Archives on Twitter. 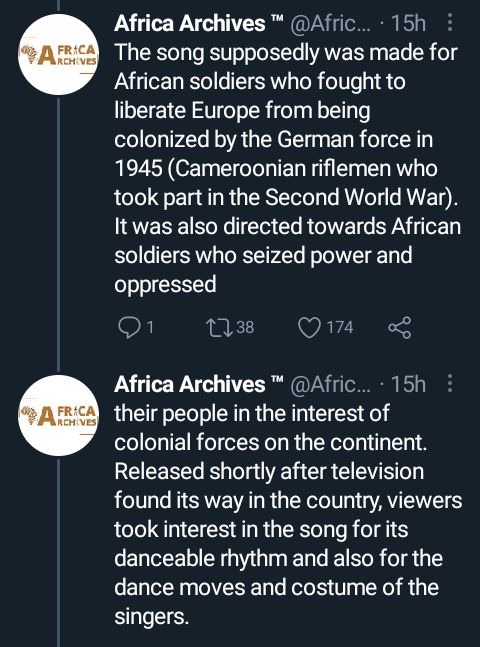 JUST IN: Another Kenyan Celebrity Announces Break Up With His New Girlfriend

Advisory: Kenya At Risk Of Deadly Terrorist Attack In Nairobi