By BobMurimiNdwiga (self meida writer) | 20 days 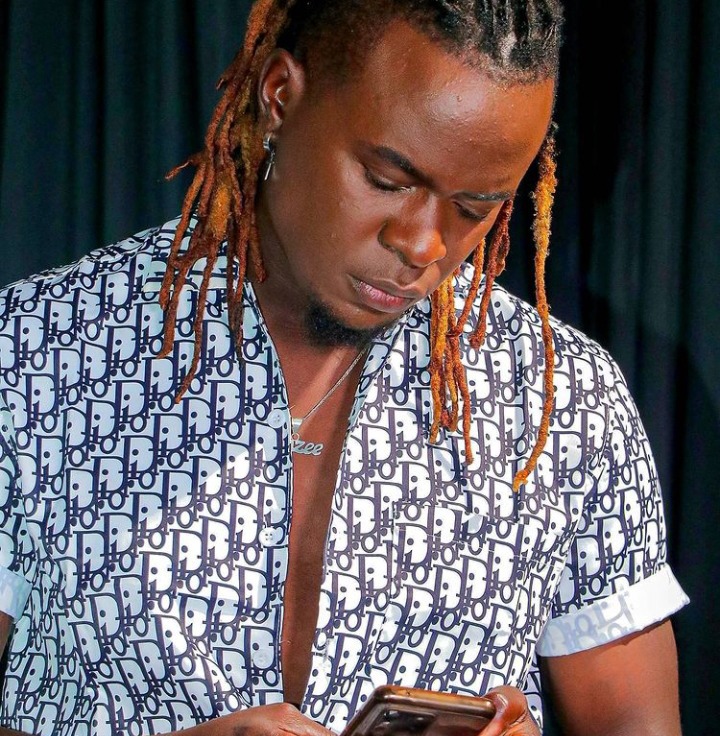 Popular Kenyan artist Wiily Paul has recently shocked his fans after revealing the relevant costs that would force him to pay millions before his latest album release. 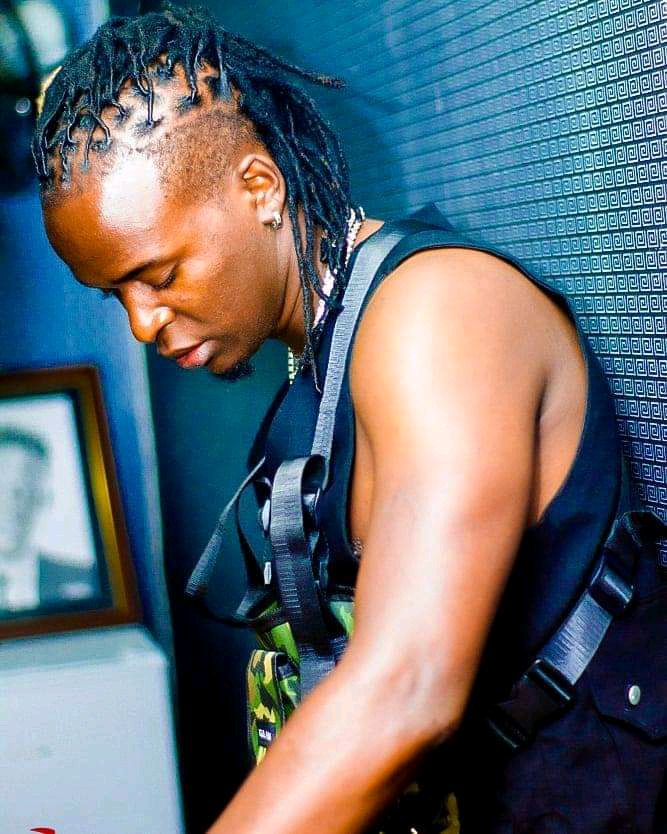 Pozee, declared that he was only interested in making quality content. Wiily Paul is one of the many Kenyan artists who have been criticized by fans, for allegedly making poor content, while using clout to push it. 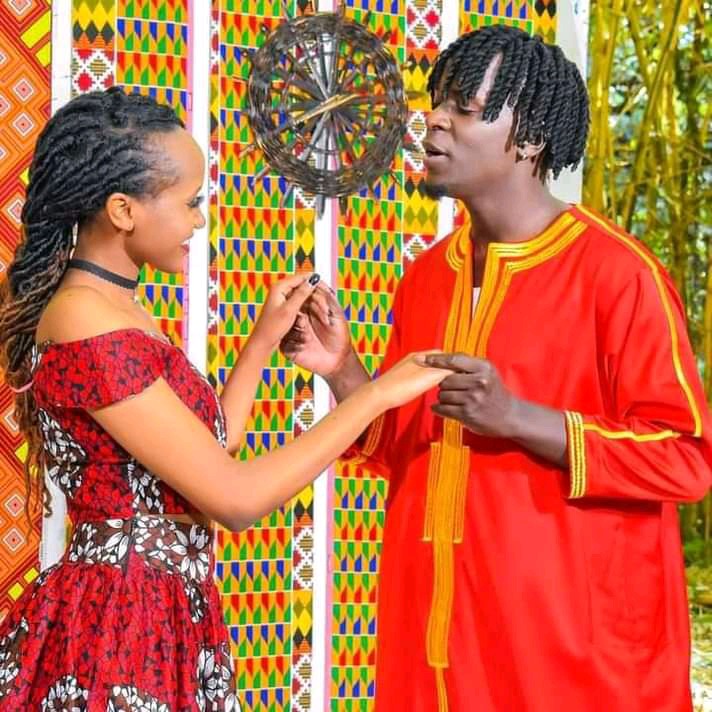 According to Pozee, he did not compromise on quality music hence he promised his fans that his latest album would have quality sound. 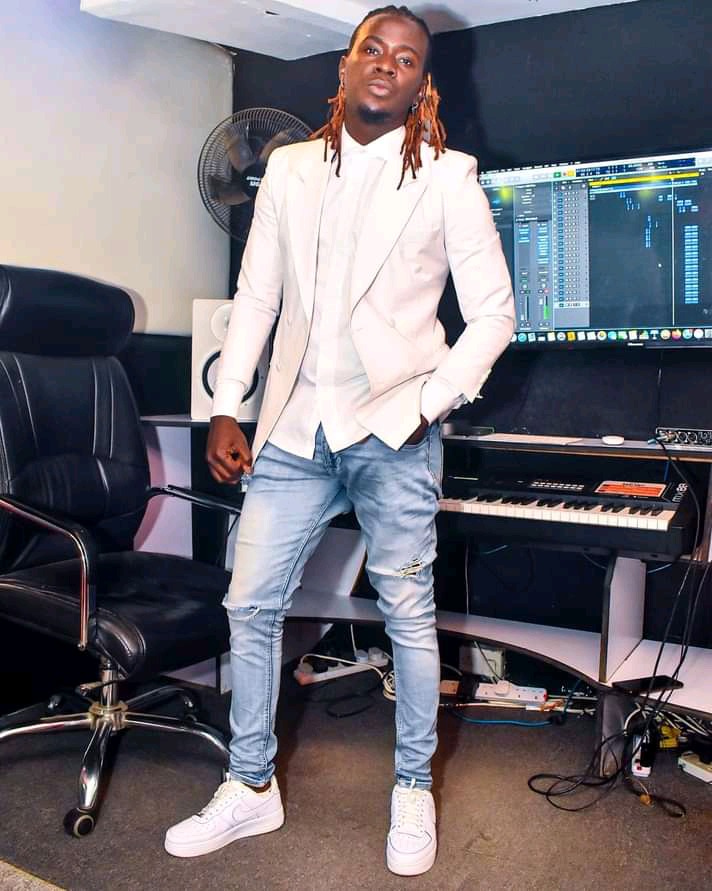 Wiily Paul revealed that the cost of mixing and mastering only, would apparently cost him around 30,000usdollars. 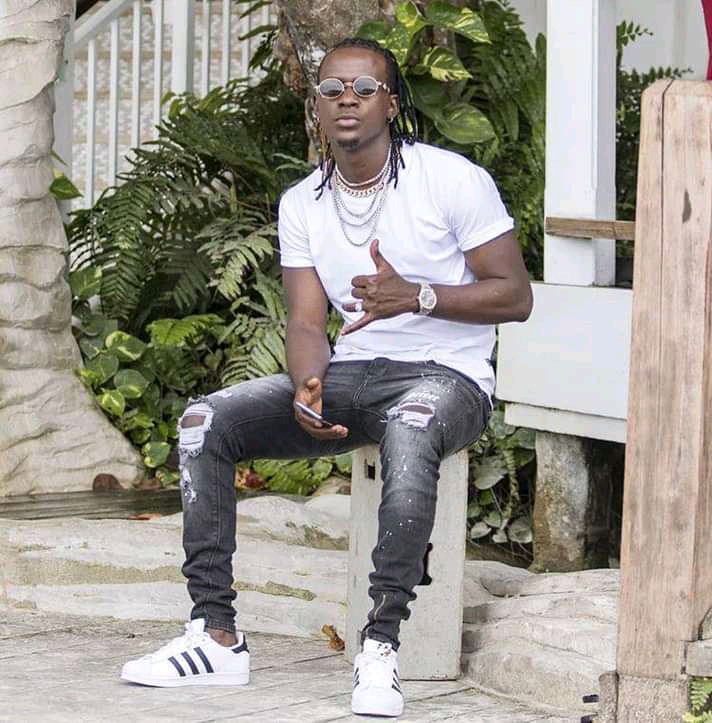 This amount translates towards, three million, three hundred thousand kenya shillings. If Pozee's figures are to be trusted then his album might turn out to be one of the most expensive ones to have ever been made, due to the additional costs. 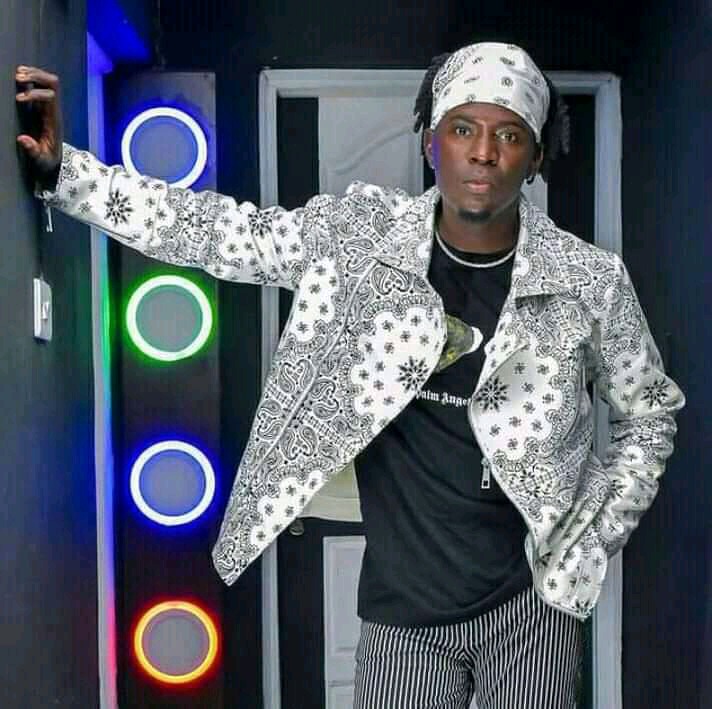 Kenyan artists have for a long time being criticized for creating low quality music and Pozee has valiantly fought to defeat this particular narrative. 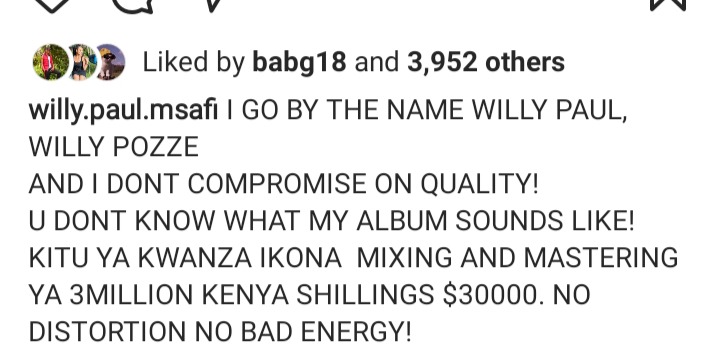 "You don't know what my album sounds like." "Kitu ya kwanza, ikona mixing and mastering ya 30,000isdollars, three million Kenya shillings." "No distortion no bad energy." Pozee said.