By Manyara (self media writer) | 7 months ago

Coast-based musician Mwanaisha Abdalla alias Nyota Ndogo is now a happy woman after weeks of begging her Dutch husband Henning Nielsen to come back to her life after a fallout. 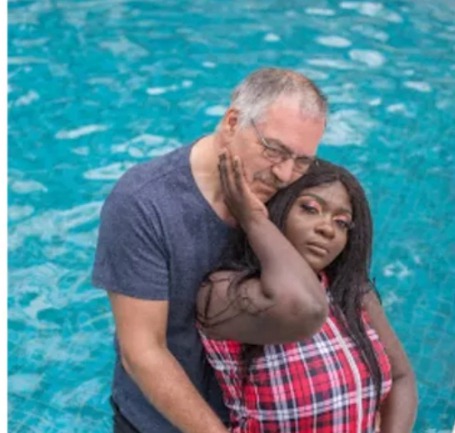 The singer could not hide her joy as she took to social media to share a screenshot of her conversation with the Dutch. It was evident that Nyota Ndogo was having sleepless nights to the extent she packed her bags and left the country to go and look for him.

Nyota Ndogo wasn't ready to give up but after numerous efforts of texting him and writing back to him, Nyota Ndogo was finally ready to accept the harsh reality and move on.

However, the dutch has finally responded to her text via WhatsApp. Nyota Ndogo couldn’t hide her joy and shared the good news on her Instagram account. She had promised to keep her fans updated on the same. She even claimed that her hubby still had her picture on his profile. 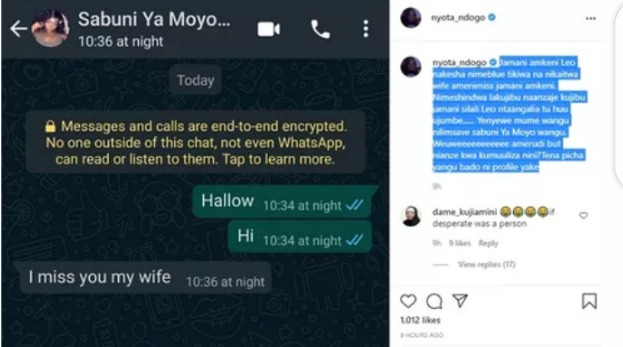 Her post left tongues wagging as fans shared their mixed reactions with others trolling the singer for being too desperate in reconciling with her husband.

Things went south for Nyota Ndogo after her lover went mute on her following her April Fools’ Day joke.

“My Ramadhan is not all that, I must confess. It would be bad if I told you a lie. So let me open up and tell you what is going on in my life,”she said earlier.

The Watu na Viatu hit maker said her husband reportedly wondered why she was delivering the news of a pregnancy three months since they had last seen each other.“What?”is all he asked before going silent, Nyota Ndogo said.

“I never thought he would take this so seriously. I made the joke at 8am and come 4pm, I told him it was a joke but by that time he had taken it seriously. He has been silent on me since, something I had never foreseen happening in the last seven years we have been together as friends and as a couple,”she added.

In January, Nyota Ndogo ruled out any possibility of having a child with her husband Henning Nielsen in a revelation that came five years after they got married.

The singer appeared to suggest that her husband Nielsen, who is in his mid-70s, had undergone a vasectomy hence there was no chance of them having a child of their own. 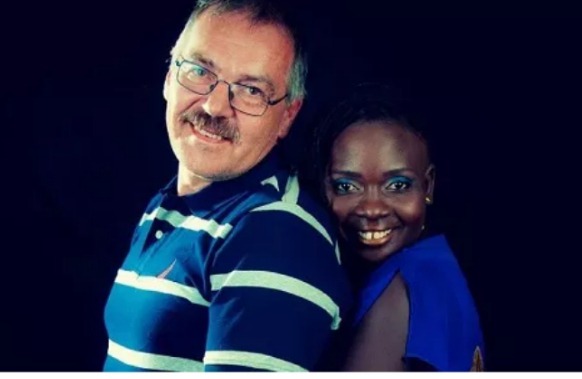