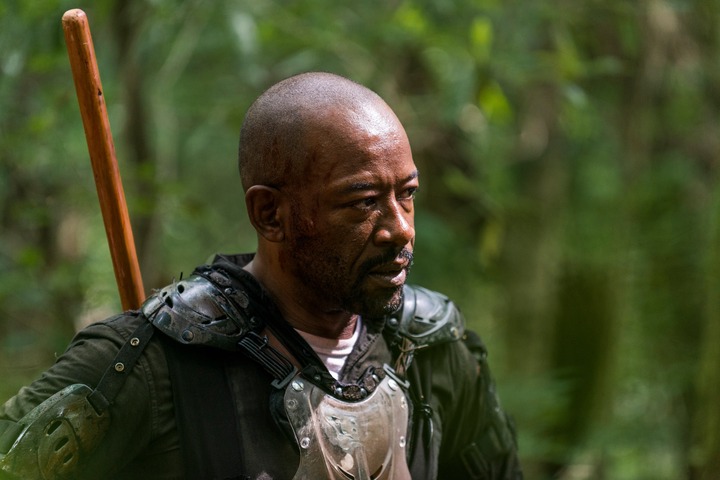 Confronted with a downbeat John Dorie, Fear The Walking Dead's Morgan Jones clarifies his takeoff from the primary show and uncovers why he will not return.

The Walking Dead's mid-season debut tends to Morgan Jones' takeoff from the principle show, and furthermore implies why he's not returning. Played by Lennie James, Morgan Jones is a veteran of the zombie end times - the primary man Rick Grimes meets in the wake of arising from a state of extreme lethargy and understanding the world had taken a decisive left during his nonattendance. Morgan at last got together with the primary Walking Dead cast in season 6, showing up in Alexandria in the nick of time to see a blood-shrouded Rick execute another occupant. However, all through his experience on the principle show, Morgan would never fully conclude whether to be a super rough fighter or a zen conservative, and ultimately left without bidding farewell.

Clearly, Morgan's exit from The Walking Dead was intended to work with his appearance in Fear The Walking Dead, however from an in-universe point of view, his long stroll across the U.S.A. has stayed somewhat questionable as far as what he would have liked to accomplish. Additionally bizarre is the reason Morgan has deserted endeavors to get back to Alexandria - particularly now he has a cap, a hatchet, and another mentality. When Ginny is managed, Morgan would have the ideal chance to return home, yet is building another local area all things considered. Despite the fact that we know the genuine explanation (Lennie James is obviously better served in the side project), the standard clarification isn't so clear.

Morgan infrequently discusses Rick and the old group in Fear The Walking Dead, however season 6's "The Door," gives the most nitty gritty understanding yet into why Morgan left Alexandria and furthermore why he isn't going back there any time soon.

Content created and supplied by: S.K.A.T.E.R (via Opera News )

Sarah Kabu and Amber Ray Engage in a Fight; Publicly.