Akothee is one controversial celebrity Kenya has ever had. She shot to fame after her music hit skyrocketing standards both locally and internationally. before her music career, Akothee was a married woman and managed to get 3 daughters. However, her marriage went south and she separated with her husband. Akothee then started hustling by herself and it is then that she ventured into music.

In the course of time, Akothee managed to get two sons with different Wazungu Baby Daddy's and together they have successfully raised the boys.

On the matter of Marriage, Akothee is quite controversial as at one day she will be admiring married people and at the other moment she will be boasting at how happy she is as a single mother. However currently, Akothee is seemingly deeply in love with one man named Nelly Oaks and she has been posting intimate pictures together.

In an interesting state of affairs, the Kenyan socialite has thrown single ladies into excitement after she posted her best male friend whom she called Pato. Akothee recognised Pato's presence in her life by posting a series of pictures of him on Instagram. 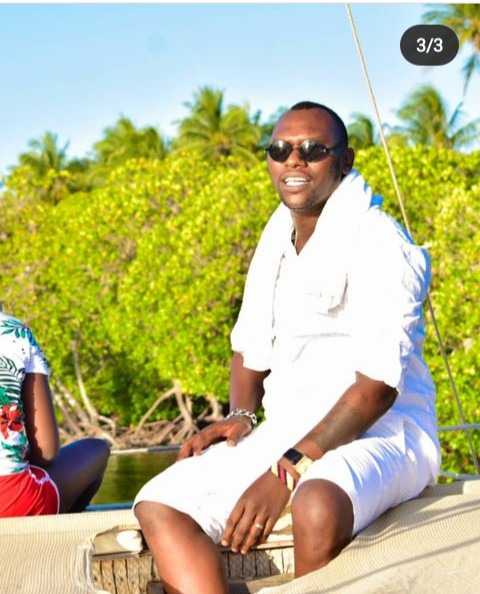 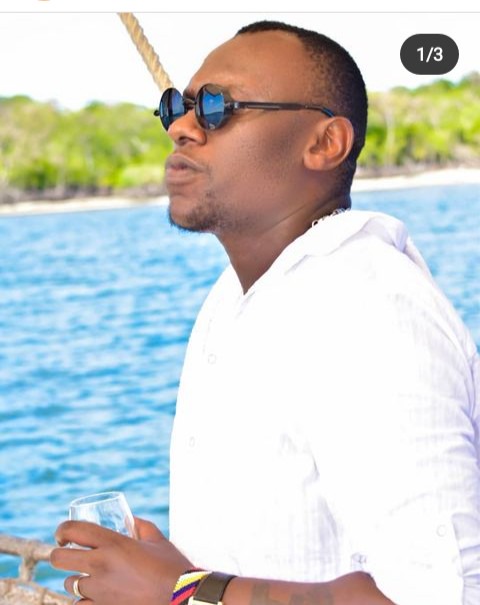 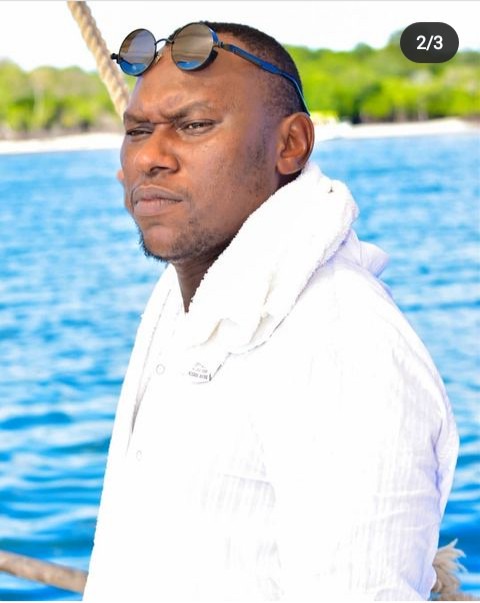 Following the pictures of Pato, Akothee penned a lengthy post describing Pato as a real best friend in her life who has never called her by her first name but refers to her as Mamaa. Wherever she is in trouble, Pato is always quick to answer her call and check what's troubling her. 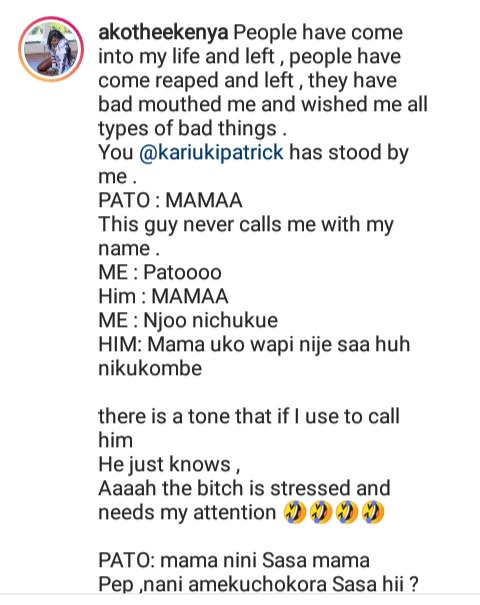 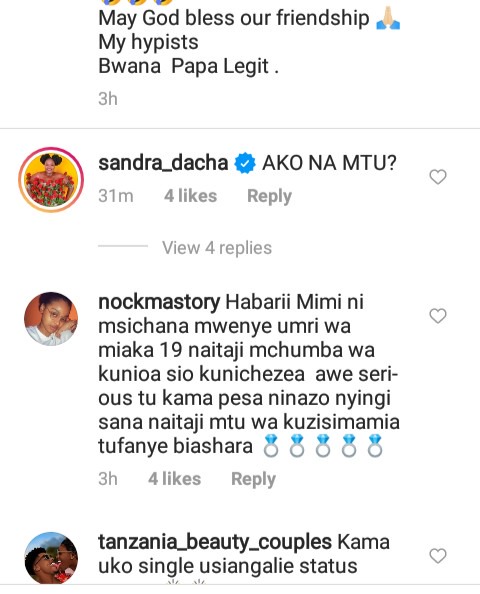 Following Akothee's description of Pato, Many Kenyan Ladies got interested on him and wanted to know whether he was single. This clearly shows they were attracted by the man and wanted to have a thing with him. See their reactions below. 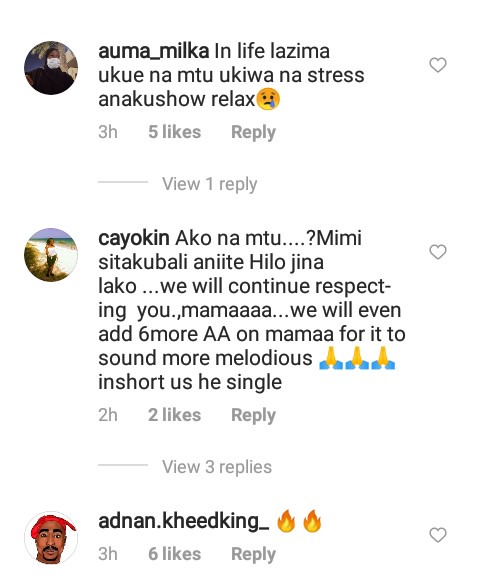 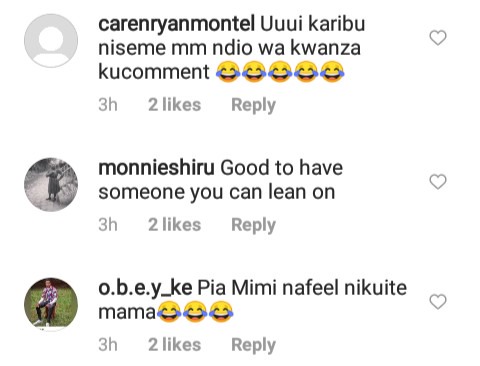 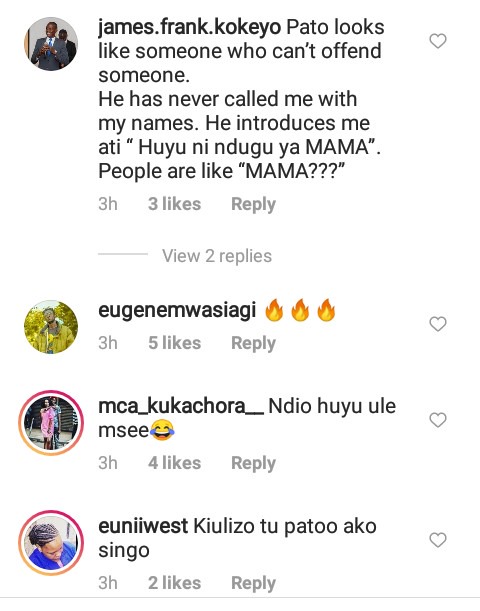 Reactions to Betty Kyallo Photo Ahead of Motorcycle Adventure

Ruto Silent As Section of Kirinyaga Residents Shouted Ngirici Down

"Home Or Away?" Reactions After How Waiguru And Ngirichi Were Received In Kirinyaga Today (Video)

Clothing Items For Guys To Look Better in Campus