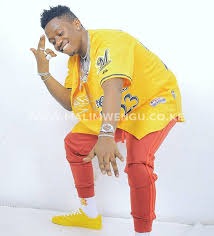 Rayvany is a Tanzanian artist who has taken over the music industry in East Africa and the world at large. The muscian has the best vocals all other artists wish to have. He has produced so many hit song. Despite all the success, here are secrets about the artist.

His real and full names of Rayvany are Raymond Shaban Mwakusya but he uses the name Rayvany as a nickname in music.He was born in 22nd of August 1994. Meaning he is 27 years old today.

He was brought up in a humble and struggling background but through his hard work and commitments he has made it in life. He is living a luxury life which many people desire.

Rayvany started his music when he was in primary school, the talent grew in secondary school where he managed to be the best rapper in the regional level music festival that led him to national competition. That is the time he came to the limelight.

The Tanzanian musician is a baby daddy to his lovely wife Fahyma that currently broke up though together they have a baby son called Jaydan Vanny. He has had a lot of challenges in this relationship. His marital status is currently single because he broke up with her wife Fahyma after being accused of being unfaithful in the relationship.

Rayvany is a member of Wasafi records that is managed by Diamond Platinum. Diamond signed him to his studio bevmcause of his talent which is outstanding.

The 27 year old musician broke the record this year by opening the biggest and expensive studio under his label named as Next Level Music.

He has a lot of fans and that was until he sang a collabo song with the new musician lady sighed under Wasafi records who together they sang a song called number one that trended in you tube and Instagram page. Currently he has released a new hit called 'wanaweweseka' whi is a love hit song.

Worst things you can do in a relationship