By Gknight (self media writer) | 10 months ago 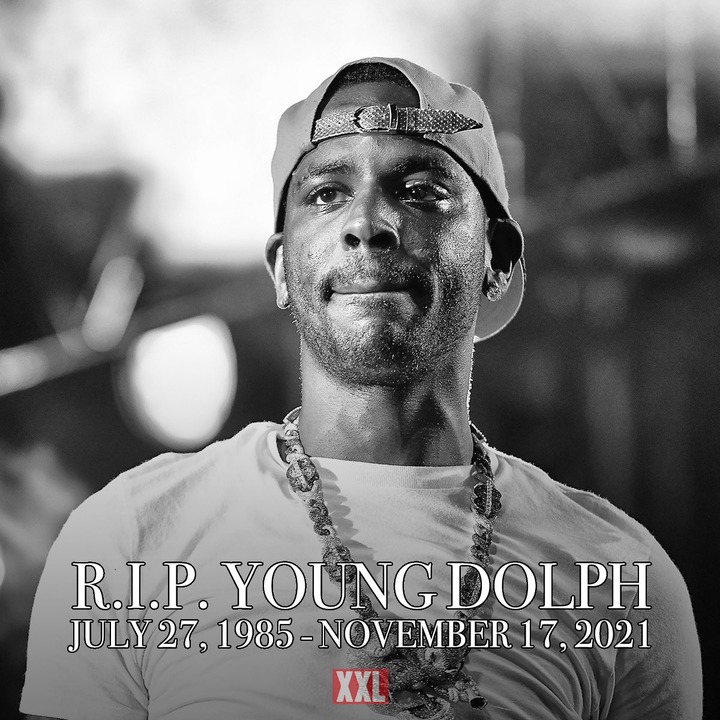 The world was shocked again by the news of another young rapper Adolph Robert Thornton Jr, populary known as Young Dolph (36), who was shot and killed in his home town Mephis. Dolph was a cousin to the late rapper Juice Wrld whom the world lost back in 2019 to a drug overdose.In 2016, Dolph released his debut studio album, King of Memphis, which peaked at number 49 on the Billboard 200 chart. Young Dolph, was a deeply skilled Memphis rapper with deadpan bravado and a fierce independent streak who emerged as one of hip-hop's greatest young generation rappers earning himself respect from many. The Mephis rapper was also featured on O.T. Genasis' hit single "Cut It", which peaked at number 35 on the Billboard Hot 100. Many rappers and celebrities such as Megan thee stallion, Rick Ross, Gucci Mane, Chance the Rapper, Quavo, among others have come forward to pay their tribute to the late rapper. Dolph's death comes just a few months after the death of a veteran rapper DMX whom we lost earlier this year to a suspected drug overdose. The rapper was shot after a gunman on a Motorbike shot at the rapper as he was in a cookie shop in Mephis.