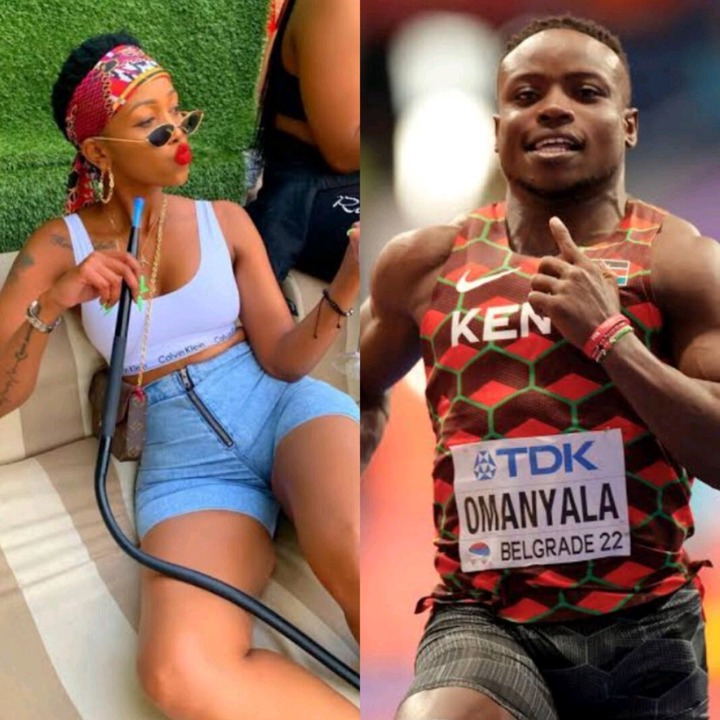 African sprinting legend Ferdinand Omanyala has spoken out following Huddah Monroe's declaration that she wants to be his date.

Milele FM host Ankali Ray spoke with Omanyala over the phone to set the record right, and he made it clear that he's already married.

It doesn't matter what she does, he claims Huddah can only get fame via him and nothing else.

"Shetani ashindwe," says the speaker. Any effort she makes will fail because I am not in her grasp. But it's not a big deal; all she'll get is a name out of it! That chapter is now closed. He questioned, "Why should I take her if my wife is more lovely than she is?"

Further, Omanyala stated that he is not interested in becoming friends with the socialite, and that he cannot even greet her when they meet. This does not only apply to Huddah, but to all women with intentions like hers.

I'm sure that's how it will begin and evolve into something else. It's possible for me to avoid some situations now that I've arrived there. A person who has stated her intentions in such a public manner is extremely dangerous. Huddah isn't the only one who scares him. "If I see any girl with such intentions, I run, I run like Kipchoge mine," he stated.

In response to Omanyala's promise to coach him so that he doesn't miss the opportunity, Ankali retorted, "She doesn't want me, I don't run, she doesn't know me."

Huddah came to Instagram a few days ago to admit that she had feelings for Omanyala after watching him win the Men 100m race at the Kipkeino Classic Race in 9.85 seconds. 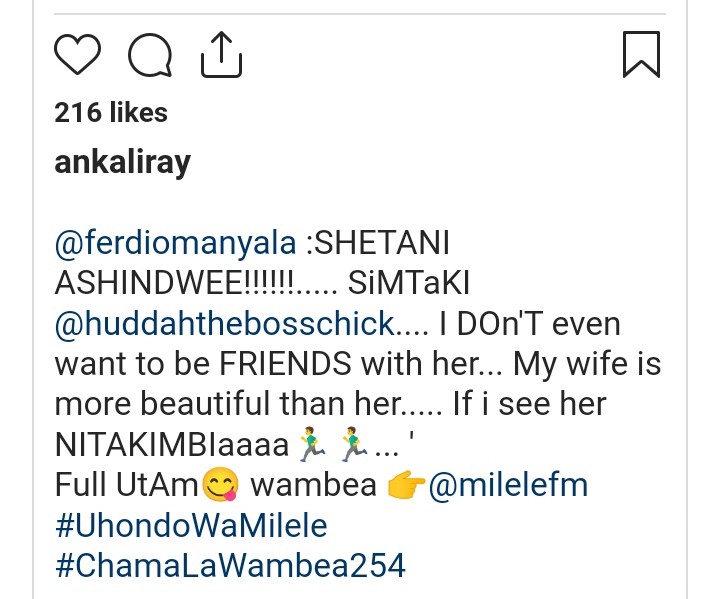 Omanyala isn't too shabby, and it appears like I won't be leaving Kenya anytime soon." Huddah said, "@ Mpasho, organize that day."