By TrendingTings (self media writer) | 4 months ago

The former Capital FM radio host resorted to her Instagram account to offer an official statement on her journey to better herself as a person and to address some issues. 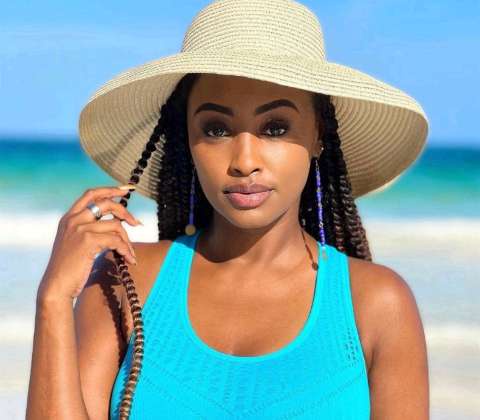 Mandi said in a lengthy statement that she had no recollection of the numerous incidents described on the internet, although she regrets that some of her acts may have caused the distress. She went on to say that she has been on a self-improvement path for the past ten years and that she will keep working to be a better version of herself.

She continued and noted that those who recounted the negative experiences in involving her should know that she never meant to hurt them as she can see the trauma she caused. She added that she acknowledges her actions and that is not what she is today or stand for. 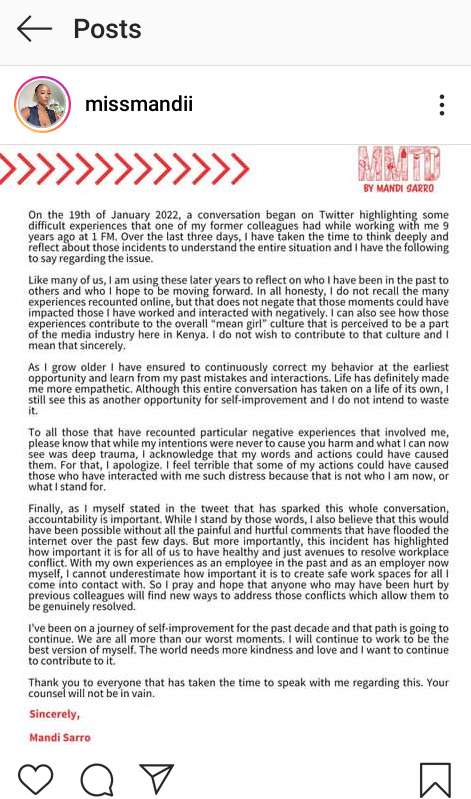 Mandi, on the other hand, was adamant that she would not budge on her declaration on accountability. Her apology came just a day after Kenyans mocked her for being a workplace bully on social media. 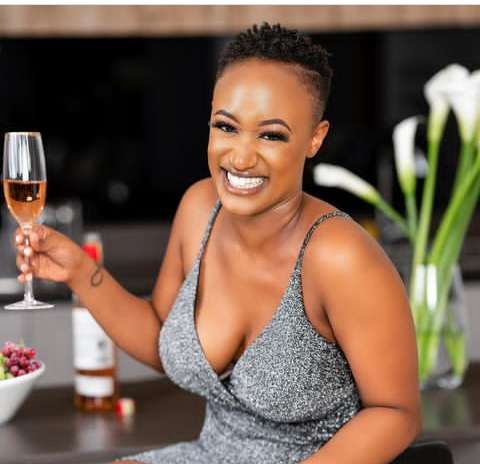 Miss Mandi sparked the uproar when she took to social media to push Kenyans to take responsibility for their acts, adding that she dislikes those who harm others. 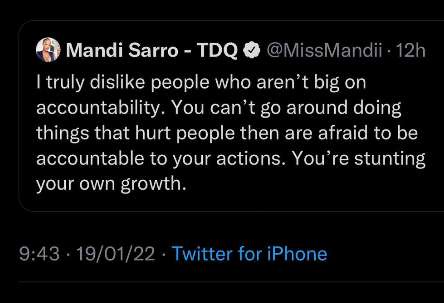 In a fast retort, Koome took to Twitter and revealed some of the evils she perpetrated against him while they were still at Capital FM. He revealed that Mandi would make fun of him since he couldn't afford a lavish lifestyle. 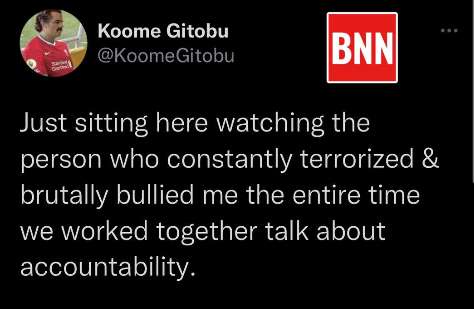 To Hell With Your Apology

Through Twitter, Mr. Gitobu blasted Miss Mandi for not mentioning his name in the apology, proof that she was not resentful but did it for public relations. “Accountability but you can’t say my name” He lamented. 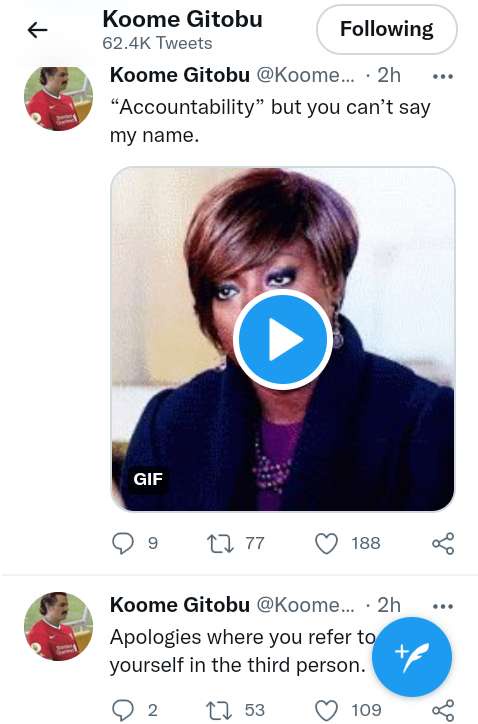