By Description (self media writer) | 18 days ago 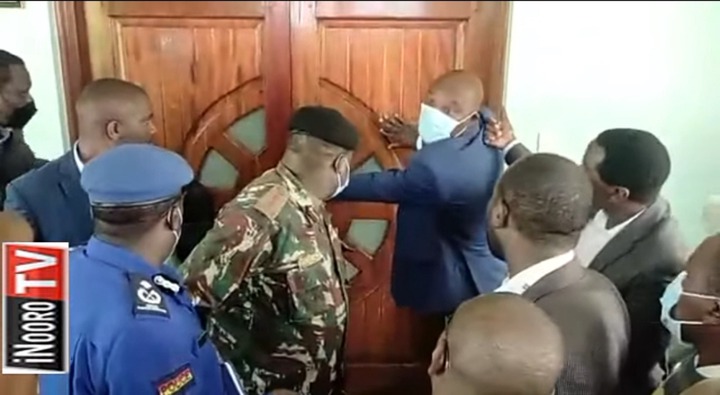 The Nyandarua County Assembly Speaker acknowledged that they have been facing issues for the last one year and that is what resulted to the drama witnesses today. According to the speaker, Ndegwa Wahome, the issues they are facing are as a result of Governor Kimemia.

The speaker Wahome claims that the governor want him kicked out of the speaker's seat adding that the chaos witnessed in the county assembly is as a result of Governor Kimemia.

According to Wahome, the Governor allegedly want him kicked out of the speaker's seat and a lady said to be identified by the name of Elizabeth to take over as the county clerk. Wahome also claimed that the county's 70% revenue isn't known where it goes.

These details unfolded after several people locked themselves inside the County Assembly Buildings. Speaker Wahome stated that those who had locked themselves were "8 armed thugs" and could not open since they knew that the police officers where outside the building and could arrest them. Wahome seemed agitated as he sited that allegedly armed criminals had been allowed into the Assembly Buildings. Video. 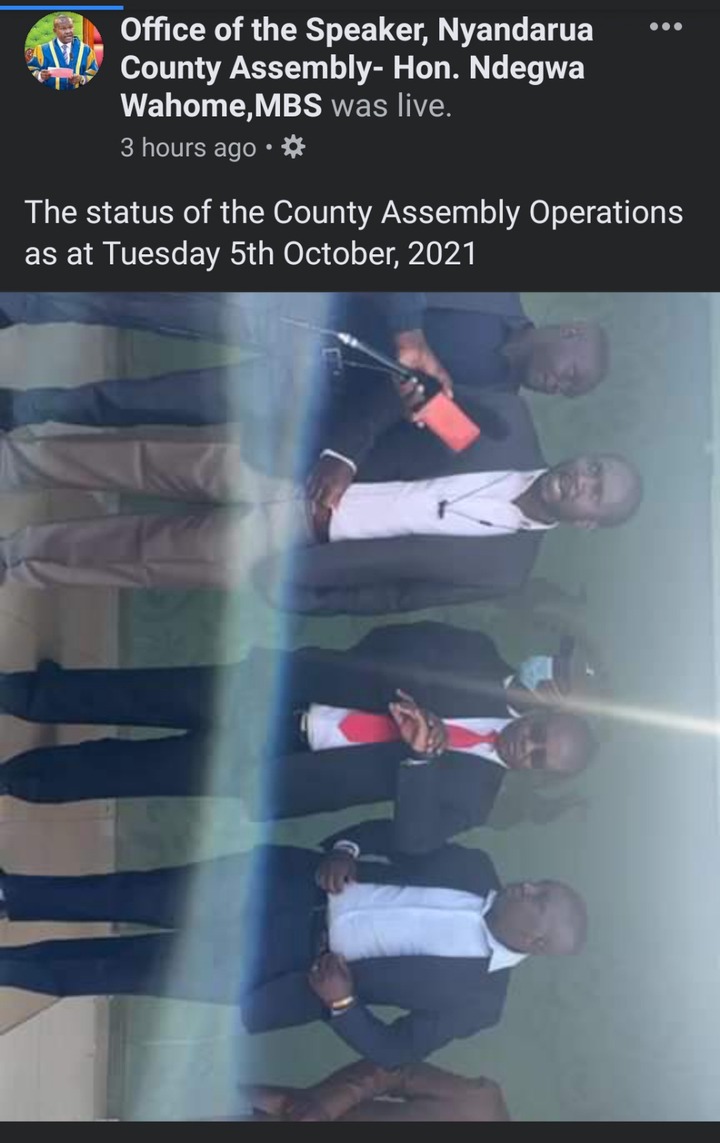 Know Your Governor; 7 Governors You May Never Have Heard of