By ANNETYNYONGESA (self meida writer) | 15 days

Umar Hussein who is best known as Pupa has been acting on one of the best Citizen TV Show series best known as Maria. He is just a boy from Kibra. For those who used to watch the Maria show, could mostly see him with another actor named Fally.

These boys were best and easily identified as they came from the streets and the language they used was so unique from what the rest of the actors used. They were best known for sheng language. 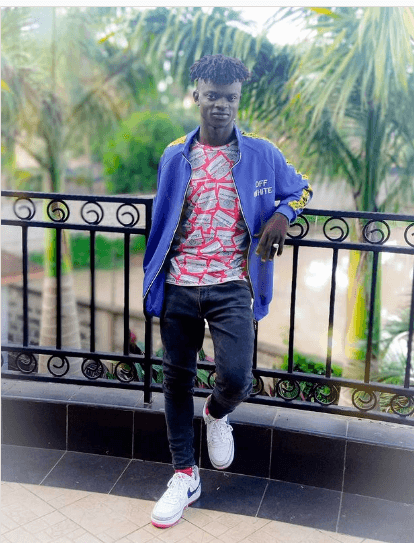 However, it has been so recent when the Maria show came to an end. This did not give a chance to this Kibra-born boy to just sit there and relax. The young man went ahead and showed up the kind of potential he has and how talented he is too. He did this by dropping a new rap song which led to a lot of reactions from people.

He brought this up the fans' awareness by posting some bit of his rap song on his Instagram page. People dropped alot of different comments congratulating him and showing him that indeed his work was good. More of that, his former boss Lulu Hassan also nailed her comment on the comment section showing that Pupa had done a great job. She was thrilled with his move. Nevertheless,Pupa showed that not only can he act but he can also be a good artist.

Content created and supplied by: ANNETYNYONGESA (via Opera News )

Top Games That Will Give you Good Cash

Is He Uhuru's Choice or Just a Decoy? Top Annalysts Disagrees on Matiangi's Role in 2022 Succession