By LatestnewsinKenya.Com (self media writer) | 3 months ago 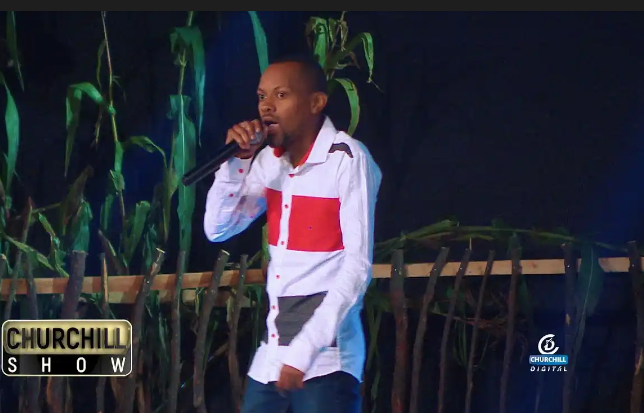 In one of the highlights of the week, top comedian Dan Ndambuki, popularly known as Churchill made a moving and heartfelt gesture to one of the country’s top comedians that he helped nurture but who has been struggling in recent times.

JB Masanduku’s struggles with dependency problems have been well documented, and he recently even disclosed that he attended rehab and was discharged upon successful completion of his program.

While appearing on the week’s episode of Churchill Show’s The Journey Series, Masanduku narrated how he blew away his first million.

He said that when he first had his major paycheck, he could hardly believe it. He checked the balance just to make sure it wasn’t a mistake of sorts.

After being certain that it was indeed real, he headed straight to the airport and booked a return ticket flight which took him from Uganda to Rwanda, and eventually to Burundi before coming back here.

When he landed in Uganda, he embarked on a spending spree. Buoyed by the favourable exchange rate which made the Kenyan currency quite valuable in Uganda, Masanduku demanded to be taken to the most expensive club whereby, upon reaching, he ordered that everyone be given one more of whatever they had been taking.

Although he was robbed of 300, 000 by some female patrons, this didn’t deter him from proceeding with his international spending tour. He went to Rwanda and finished in Burundi.

By the time he was done, he says he only had twelve shillings and couldn’t even pay the Boda boda guy who took him to the airport.

Revealing this, he admitted that this incident sparked off a multitude of similar incidents which eventually wreaked his marriage.

He glossed over the problems he encountered with his alcohol abuse battles and briefly touched on a particular incident where he lost a lucrative BBC job to fellow comedian Njugush.

As he completed his story on a positive note, sharing that he has since cleaned up and was even running a number of initiatives, Churchill surprised him with an unexpected announcement.

He told him that once the Corona restrictions are lifted, he was free to come back to Churchill Show since his spot was still there waiting for him.

A touched Masanduku was speechless.