By Abu-Ogoti (self media writer) | 1 month ago 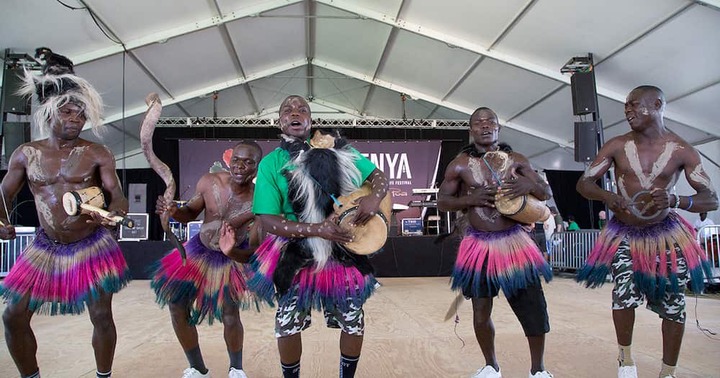 I was surfing the net while watching some songs on YouTube. A certain luhya song popped into my playlist. It got my nerves and thus as appreciation I clicked the subscription button. And oh my! It had a disgusting number of YouTube views. Imagine an exceptional musician having YouTube likes and views of below 15,000. Maybe it is because that guy is a local musician whose songs have a limited number of fans. To do the comparison, I keyed in a local musician from the Kikuyu whom I believed was of the same calibre as the Mulembe artist. And oh my! I could hardly believe it. My findings were shocking, the Kikuyu musician by the name Sammy Irungu had approximately over 200,000views when our Mulembe musician Ali Akeko only had 10,000views.

Luhya songs are on the verge of not even existing in future and a number of Luhya musicians are on the verge of quitting music because of the tough conditions they go through. The hard conditions we create for our local musicians are the prime reason why a number of them dared to quit singing. I wonder the kind of music Luhyas would be playing on a cultural event? How can they make a breakthrough just like the Luo and Kikuyu local artists?

Luhya music industry has prominent musicians like Ongaro dot Com, Ali Akeko, One bob, Steve Kay, David Barasa and Emmanuel Musindi (Do not be surprised when a Luhya tells that he doesn't know any of them) Those guys have been in the music sectors for decades, holding on tight into the music industry with high hopes that one day they will be able to make the breakthrough, with hopes that one day they would be recognized as reknown musicians by the Luhya community. Too unfortunate that a number of them could not make it because in the process of holding on tight they went broke. Music is a business, a number of musicians opt into it to get money and ofcourse its the prime reason why people join the music industry.

Luhya are not supportive of their local musicians. A number of them criticise and attack their local artists. They would mock and insult them of being poor artists. It really kills your self esteem when you do your best and people criticise your efforts. I would say this is one reason why this some of Mulembe musicians opted to quit music. Mulembe people really demoralize local artists, instead of them holding their hands for the better, instead of challenging them to perfect. If we as the Mulembe community would change our perception towards our local musicians and embrace listening to their songs, we would really help to revive this ailing industry.

There a number of community radio stations that belong to the Luhya with Mulembe FM,Sulwe FM and Radio Ingo being the prime community radios for the Luhya. However there are other stations like Lubao FM, West FM, Nyota FM, Isukutu radio and so forth. These radio station do not support our local musician as required. Hardly would you find them interviewing a Luhya musician. Hardly do you hear them playing a Luhya song . Worst of it is that, they know the challenges our local musicians are going through but hardly would you hear them talking about those challenges in radio. Hardly would you hear them encouraging Luhyas to listen to their traditional songs. On my side, I really think community radios are also the reason why Luhya music industry is ailing. The media has an intense effect on its mass and so I believe if our Luhya radio stations would embrace: Constant playing of our Luhya songs, interviewing our local musicians and encouraging their mass to listen to Luhya songs, they could help to bring to line this struggling Mulembe music industry.

Concerts and shows really promote the music industry by way of attracting more sales and by way of spreading the prominence of the musician invited for the concert. In Mulembe, things are different. You would barely hear of a music concert being performed by a local musician and if it is performed by a Mulembe artist, people would not purpose to attend it and the few Luhyas who attend it would confront the Dejaay for playing Mulembe songs. This also a cancer that is slowly killing our music industry. I recall of the day I attended a Mulembe function in Chuka University but the Mulembe masses claimed not to hear a Mulembe song after just an hour of playing them. I frequently hear of Ramogi night and Mugithi night being advertised on radio or even on Television and the turn up for those events is pretty high regardless of the pricing and I bet that is one of the reason why artists from those communities were able to make the breakthrough. We the Luhyas should try to normalize attending Mulembe nights and any other music concerts hosted by our local musicians because it will not only help our musicians financially but it will also help them to grow, spread their prominence.

In conclusion, We the Luhya community are on the risk of missing the taste of our local songs in future, if we do not support our Mulembe artists and our Mulembe music industry in general. We should encourage our local artists rather than mocking them. We should normalize listening to their music. We should purpose to attend to music shows hosted by Mulembe artists. If we do not do this, we will miss the taste of our Luhya music. Let us all join hands to revive this struggling industry.

Content created and supplied by: Abu-Ogoti (via Opera News )