Riley's time at Ebru came to an end in November. She joined BBC in December following the resignation of former business anchor, Hudheifa Aden, who left the media house early last month. 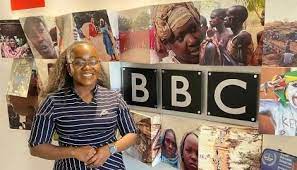 Sources intimated to Kenyans.co.ke that Riley will be taking up Aden's role at BBC. The journalist posted pictures while at BBC but she didn't specify what role she had taken up.

At Ebru, Riley was entrusted with anchoring the news on Friday and Sunday evenings at 9pm just as presenting lunch time news on Tuesday and Thursday.

"I produce the show Millionaires Mind with the assistance of an amazing team that gives ideas on the guests and outlook of the show and the 1pm or 4pm news on a rotational basis," her LinkedIn profile reads.

Riley joins the BBC when journalist, who were poached from different media houses in 2018 and 2019, are leaving the British telecaster. 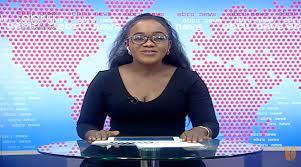 Barely a month prior journalist Anne Mawathe handed in her resignation at the British Broadcasting Corporation.

In correspondence by the media house's management to employees and Mawathe was scheduled to leave the BBC officially in December to pursue other interests.

The memo by Senior News Editor - Africa TV, Vera Kwakofi, expressed that Mawathe was serving her last days at the broadcasting giant at the time.

Mawathe served as the Africa Health Editor for three years and led the health teams across different African markets.

The health journalist will be joining Reuters, an international news organization owned and run by Thomson Reuters and that employees more than 2,500 journalists globally, in January 2022. 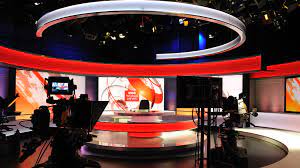 3 Fruits That Boosts Fertility In Women

10 Top Lessons From The Book How To Talk To Anyone.