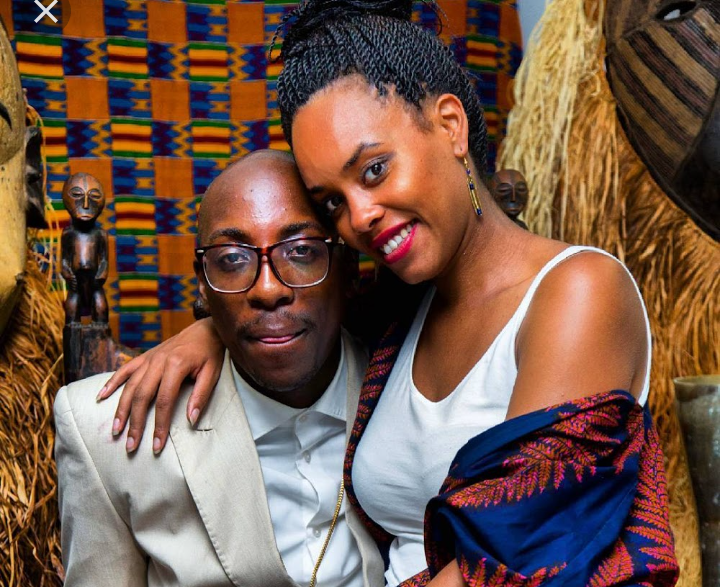 This was disclosed by the beauty queen who took to her Instagram account to mark the special day in style.

She posted a photo where she was with her hubby Bien sharing a special moment together while in Kakamega County. 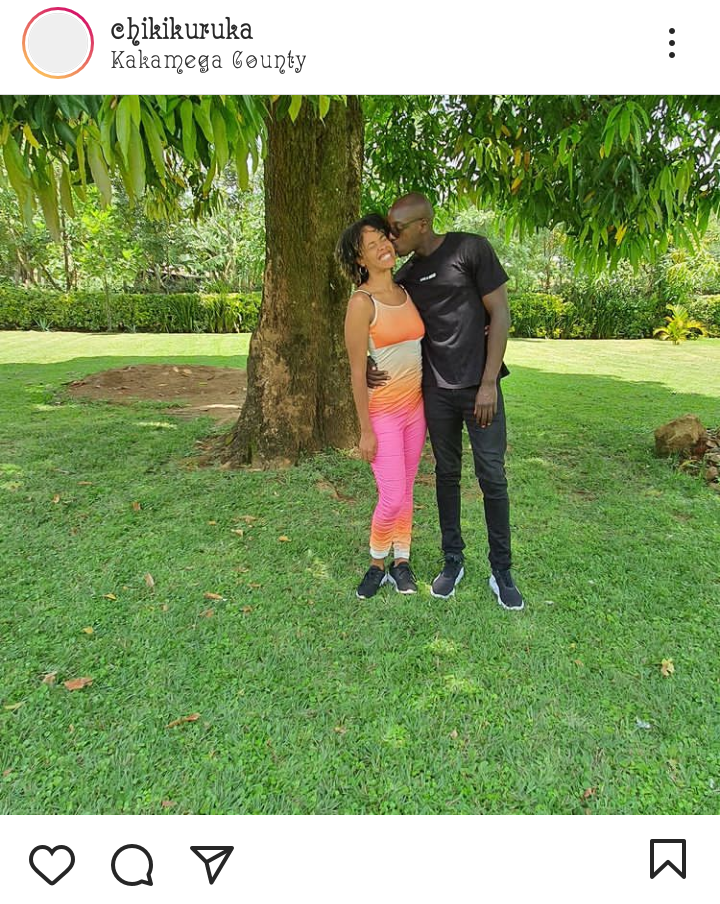 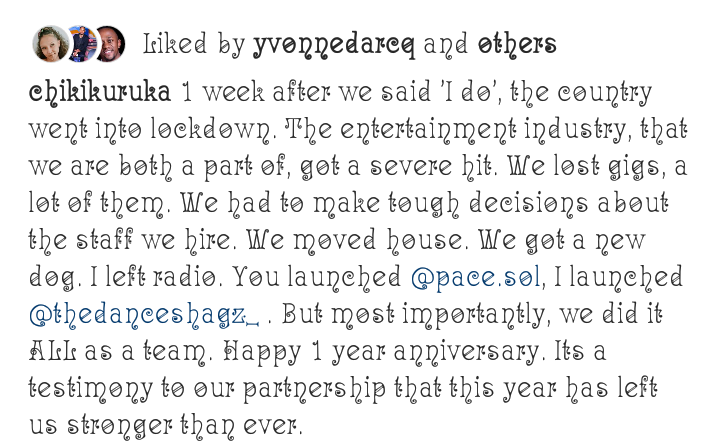 Chiki accompanied the post with a long caption recollecting how the couple made big money moves last year as a team, despite the ravages yo the COVID-19 Pandemic last year.

She remembered how unfortunately just week after they had tied the knot, President Uhuru Kenyatta issued an order to restrict movement in some parts of there country in order to curb the spread of the virus.

Chiki Kuruka also recalled how the pandemic greatly affected the entertainment industry through cancellation of big events, which ultimately led to the family taking a big hit as they are both in the same industry.

She also disclosed the ups and downs moments that they have shared together as a team for the past one year. Among the many notable moments include when they moved from one house and into another one, when Chiki Kuruka called it quits with Vybez Radio station after working for a year in order to focus on her own things, when her hubby together with his Sauti Sol group launched the PACESOL wireless earbuds last month and also when she launched the Dance Shags Organization.

The sassy dancer further appreciated how far they have come together as a couple as they mark their 1st anniversary, and was wowed at how the year 2021 began with blessings to the couple unlike 2020. 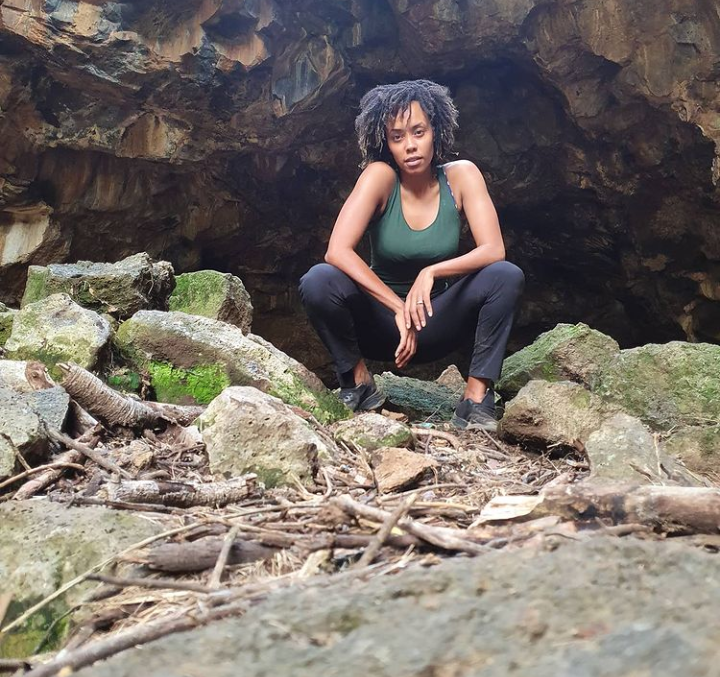 She said " Happy 1 year anniversary. It's a testimony to our partnership that this year has left us stronger than ever."

Chiki Kuruka and her husband Bien Aime tied the knot last year in March in a private civil union at the Attorney General's office.

The star-studded celebrations were also later held at the Pallet Cafe in Lavington Nairobi, which is reported to have been an invite-only affair.

However among the celebrities that graced the event was Citizen TV's 'One Love' host Talia Oyando who was the emcee and also fellow artistes Nazizi, Nameless and also Nyansinski.

The couple had previously dated for a year before Bien Aime proposed to Chiki in the year 2019 at Westgate Mall in Nairobi.

The event was also private with the vocalist reported to have rented an entire cinema hall for the invite-only occasion.