By FrankUpdatez (self media writer) | 12 days ago 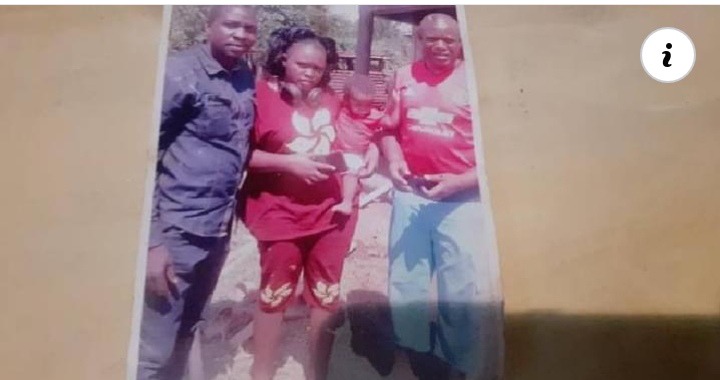 Residents of a village in Nyamira are still in shock after a gospel musician and his wife were found dead at their home.

The body of George Agusa, 50, was found dangling on a piece of cloth, while that of his wife Mary, 45, lay in a pool of blood in their bedroom. 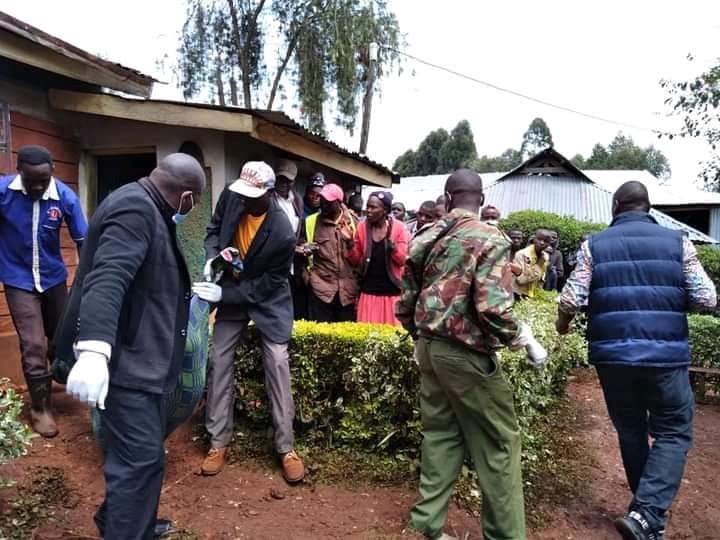 The incident occurred on Wednesday morning. A suicide note was reportedly found at the scene in which Agusa claimed to have killed his wife before hanging himself over "his troubled marriage".

In the suicide note, Agusa claimed an MCA aspirant had been having an extra-marital affair with his wife.

In the note addressed to his children, the singer cited a day when the wife hit him with a cup on the face after he asked her about the secret love affair.

According to a relative who sought anonymity because of the sensitivity of the matter, the couple has had marital problems for the past three months.

On Wednesday morning, the woman was seen running away from their home, but the man gave chase and dragged her back home. 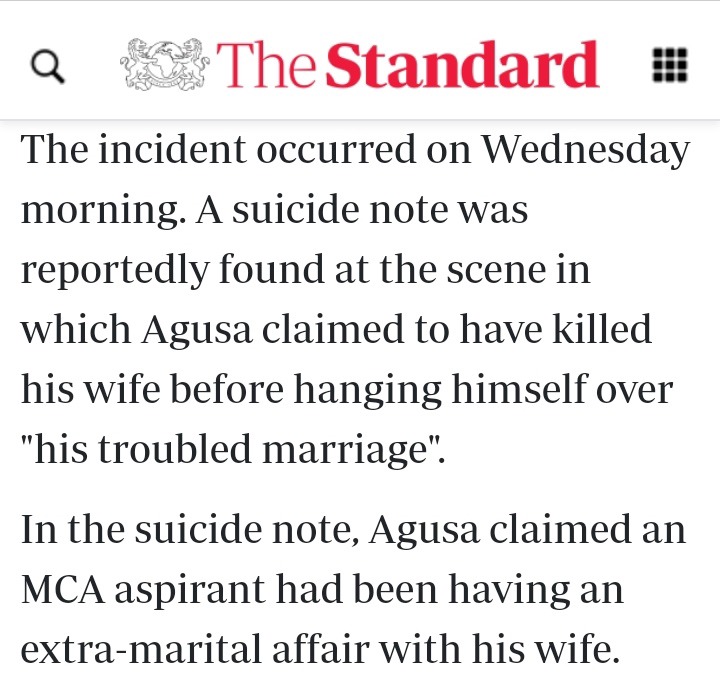