By Liwiwriter (self meida writer) | 1 months

Celebrated rapper Nazizi Hirji has today opened up on her personal life, and publicly disclosed for the first time that she is officially married to long term lover Boy Caro real name Anaka Adams. This was when the 'Fire' hit maker was hosted by comedian Churchill in the latest episode of the journey series edition, and she revealed that the couple tied the knot secretly just under 3 weeks ago. Even though she never gave details of where the wedding took place, Nazizi said that Anaka was the right guy for her because of how long they have been together now i.e for over 3 years.

The sassy mother of two also gushed over how the commercial model has successfully managed to connect with her older son Tafari Firoz, despite him not being his real father. 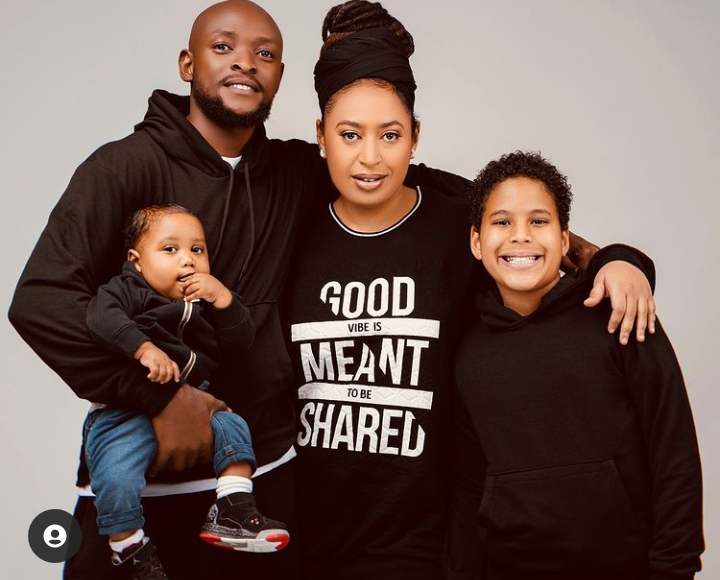 Photo: Nazizi, her husband Anaka Adams and her two sons.

Infact the rapper disclosed that the duo are so close that she sometimes gets jealous of their relationship, a quality which she has always looked for in her husband to be.

In a past interview it's reported that Nazizi revealed that she met her husband awhile back in Tanzania, where the she had gone for music related activities.

" I was in Tanzania recording some music and he was friends with the person I was recording music with. It wasn't love at first sight but when I came back to Kenya we would talk, and he would write to me.

Eventually he asked if I was dating and I remember being very hesitant about it. I wasn't sure about having a long-distance relationship. It seemed like too much work but he made it work..." She disclosed then. Despite the years that they have been together, Nazizi and Anaka Adams welcomed their 1st child a year ago and he is called Jazeel Adam. 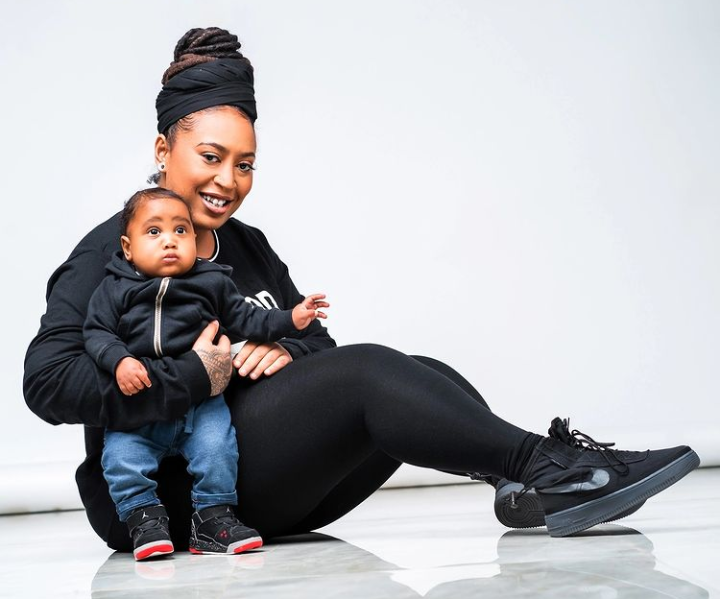 Besides the one-year-old, the renowned rapper also has an eleven-year-old son by the name Tafari Firoz.

She birthed the latter awhile back with former hubby Vini, whom she got married to in 2008 but reportedly divorced 5 years later.

Just In; New Covid-19 Directives Have Been Introduced in Embu County After Worrying Details Emerges