Elodie Zone Confirms Break-up With Singer Nviiri, Reveals Scary Details About The Cause Of Split.

By Whizerwriter (self meida writer) | 11 days

The ex-girlfriend of Kenyan musician Nviiri the Storyteller, Elodie Zone has recently opened up on the reason why she broke up with him few weeks ago. 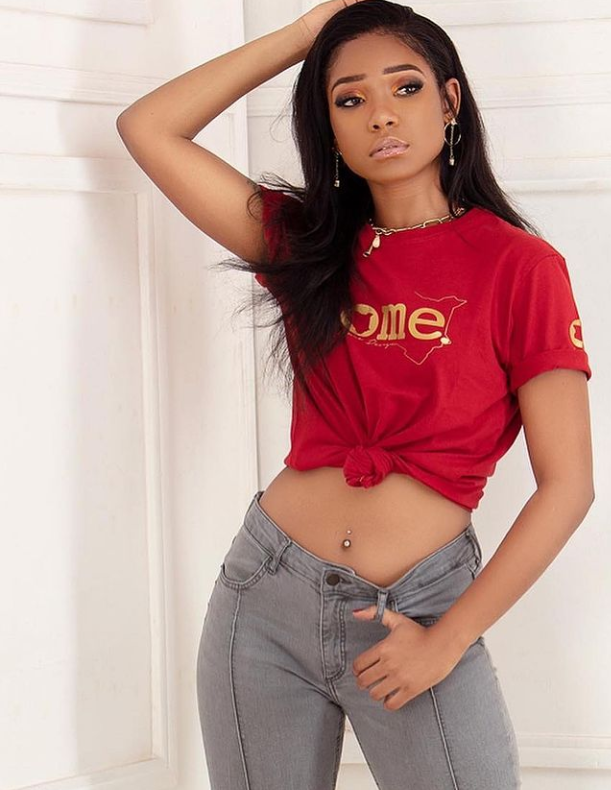 Taking to her Insta stories, the beauty queen revealed that the cause for the break-up was all manner of abuses that she got from the 'Pombe Sigara' hit maker while they were dating.

" Physical, Mental, Verbal and emotional abuse towards women is unacceptable! I want to make it clear that I am NOT dating Nviiri..." Part of her message read.

The sassy queen also went ahead to allege that the singer took advantage of her due to his celebrity status, and sent a stern warning to such men saying that also women can make their own money. 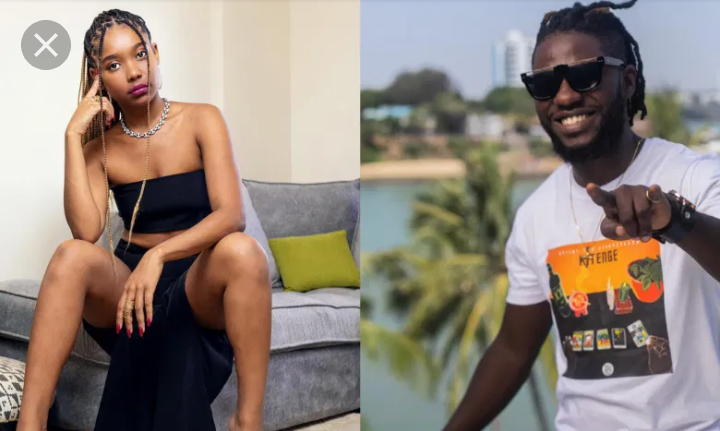 " I've worked too damn hard as a woman to love myself. To be confident. To stack my money. To support those around me.

I'm tired of 'well known men' taking advantage of women because we are focused, intelligent and authentic." She said. 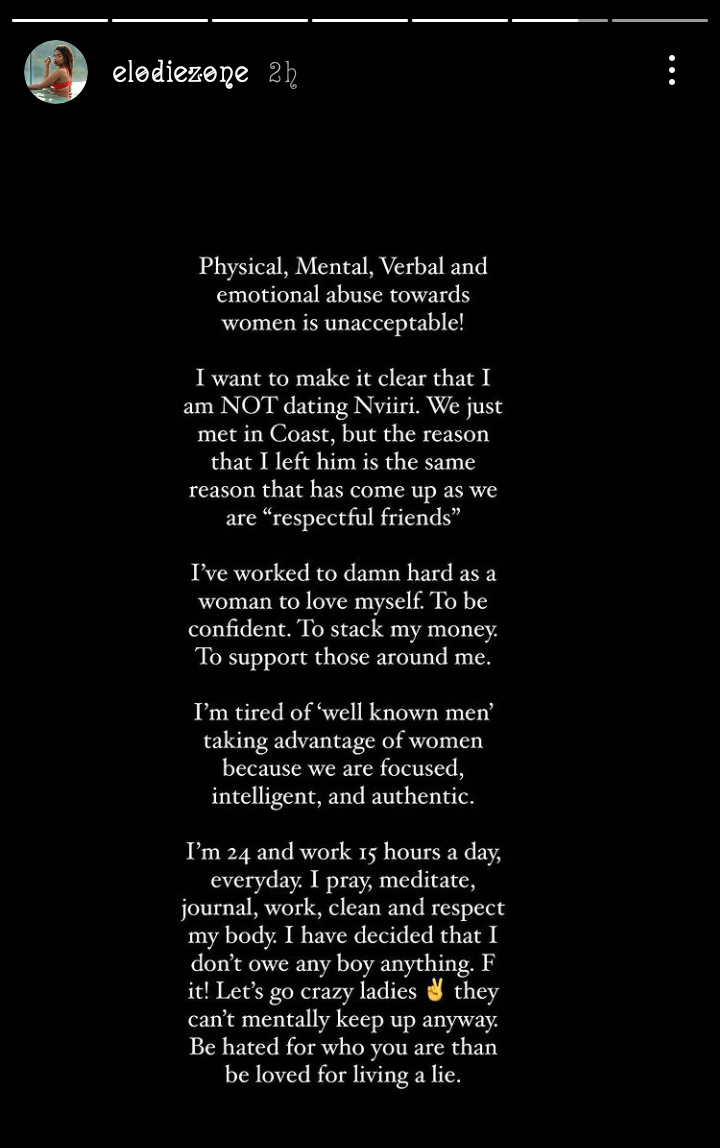 Elodie Zone also went ahead and opened up a forum for a Q&A session with her fans online.

When one curious fan asked her to specify about the type of abuses she got while in a relationship with Nviiri, she revealed that its several physical bruises but chose to keep quiet about them due to opinions from people.

Elodie Zone also vowed to not keep silent anymore since she also unfortunately faced similar things in her first relationship.

" I've hidden bruises from my past two relationships. I've felt stupid and have been undermined. I've kept quiet. I've been told to stop speaking up on social media cause I'll look like I'm 'acting out'. I've been told that depression means you overact...etc...all are total nonsense. I want men and women in my position to raise their voices! We may be small but out voices cannot be silenced!" She answered. 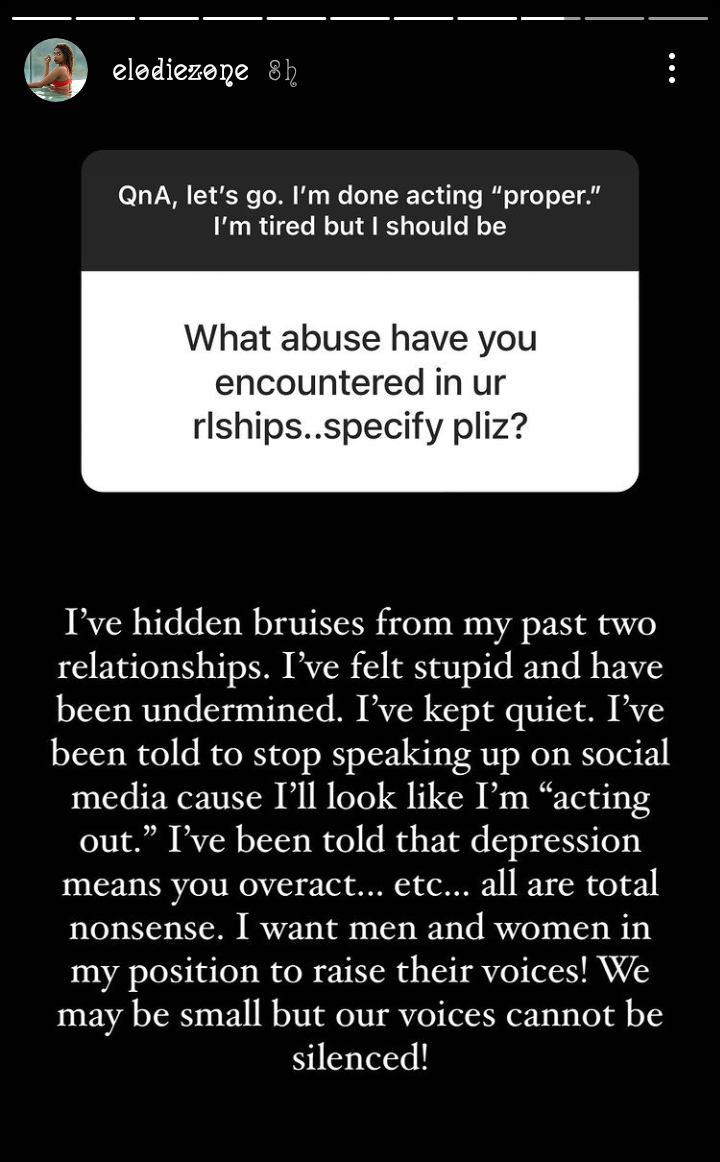 The revelations comes also just days after the beauty queen also took to her social media platforms, to reveal that she was struggling with mental health after the break-up.

This was via a long post on her Instagram account whereby she opened up about facing depression, and thanked her fans for being supportive towards her despite the challenges.

Prior to the split Elodie Zone and Nviiri were friends for 8 years, and started dating in 2020 keeping their relationship under the wraps for the most part. 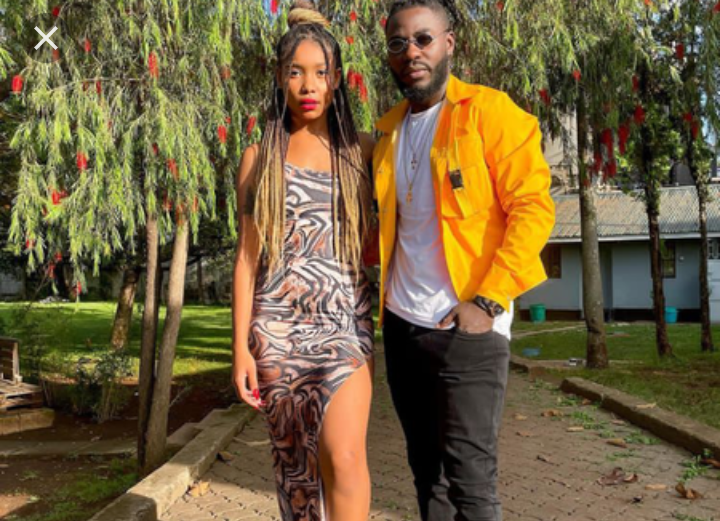 They were however spotted several times getting cosy in October 2020 and had to reveal the big news to their fans.

Before dating the singer Elodie Zone had also dated Sean Andrew, but later called it quits with their relationship in 2016 due to the affair being a toxic one. 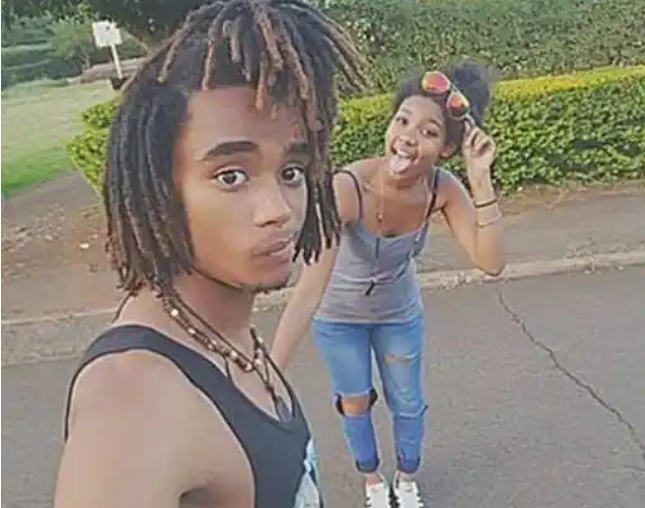 Another Somali Girl Goes Missing, Went to School at 6am And Never Came Back

Otile Brown Does It Again With A Brand New Song