"My Fiancee Bewitched Me And Stole My ATM, He Withdrew All My Money" Lady Painfully Narrates

It's painful when somebody who is dear to you betrays the relationship you share with him/her. I bring a painful story of a lady who was bewitched by her ex fiancee and she would follow all his orders.

Princess met her ex fiancee at a church and they became good friends and their friendship ended up being a romantic relationship.

Princess claims at first she was not interested with the ex fiancee since she was in another relationship and therefore she preferred being his friend but as time went she fell into his trap.

She claims the worst started after she became his girlfriend. Her ex fiancee was always having excuses soo that he could borrow money from her.

Princess followed all his orders like a blind person. She would always offer him money blindly whenever he faked anything had happened to him and this became a trend.

During her dowry, she went to withdraw money but she was shocked when the bank agent told her that she had only ksh 6000 in the account yet she had saved more that ksh 100,00. 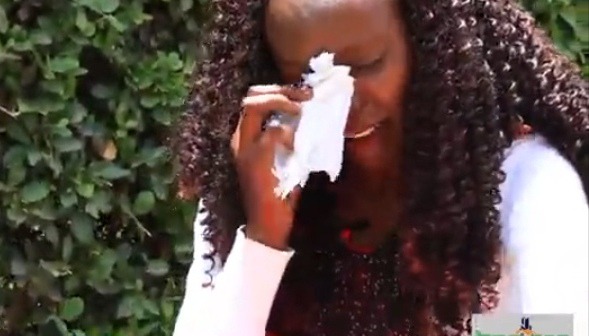 All her family members suspected her ex fiancee but she defended him not knowing witchcraft had been used on her and that's why she agreed to everything he said.

She claims even after confirming that it was him who had stole all her money, she still went ahead with her relationship and she never informed anyone about the whole incident.

Before their marriage, princess claims her pastor did deliverance on her and she felt as if a burden left her soul and she claims she fasted for three days before breaking up with the fiancee.

She claims that was the end of their relationship and the ex fiancee is supposed to go back for his dowry soo that they can break all the ties.