Breathtaking series to watch this Saturday

By Mercystudio (self media writer) | 2 years ago

Weekend without a series making you glued to your television is not a perfect weekend.For netflix lovers and movie shop lovers i have amazing list of trending and amazing series you can try out to brighten your saturday.People have different taste when it comes to movies.I sampled crime,actions,fiction,drama,comedy and much more for you,have fun. 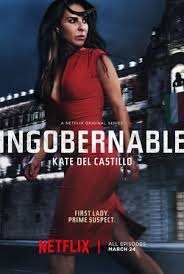 Mexicans never disappoint when it comes to serving us the best.It's a Mexican political drama that will make you want more.The first lady of Mexico Emillia Urquiza works to discover the truth about mexican government while in hiding after her husband President Diego Nava is murdered and she is being mentioned as main suspect in the case.In the process she discovers more secrets about the government.A taste of drama,politics and romance is perfect for a chilly weekend. 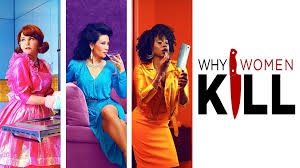 Just as the name sounds, it's a dark comedy drama with crime ofcourse .It tells a story about three women from different generations and the event that led to their husbands death.They all lived in the same mansion and experienced infidelity in their marriages.Beth Ann is a contented housewife in 1963 until she finds out about her husband's unfaithfulness.Simon Grove a socialite discovers her husband is homosexual in 1984 and decides to have an affair with a younger man.In 2019 attorney Taylor Harding decides to be in an open marriage which is tested after falling in love with the same woman with husband. This is a must watch. 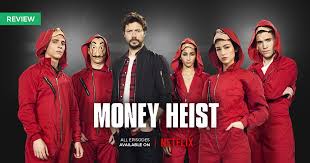 I know you have heard of this famous series which attracted worldwide attention.If you have not watched it yet i highly recommend it.In season 4 and viewer positivity around it is just awesome.It's a spanish crime drama series.A man known as the 'professor' forms a group of eight people and gives them city names.They study and carry out a perfect plan that involves entering the Royal Mint of Spain to escape with huge amount of money.After a successful entry at the mint they take 67 people hostage and finds time to print the money.They battle with the police and ends up winning, they then go into hiding while enjoying the money.Dont miss this intense series. For those who loved game of thrones ,i assure you this will be interesting.It's a historical drama series,Ragna a farmer rises to fame after a successful raid into England and eventually becomes the king of Scandinavian kingdom.It's an interesting series to try out. 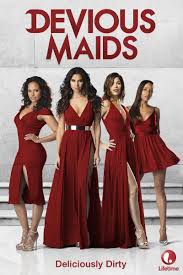 It's an American Television comedy,drama and mystery series.Four Latina maids working for wealthy families in Beverly Hills.They get exposed to their employers dirty secrets behind closed doors .Camern Luna is a maid who aspires to be a musician and works for a celebrated singer Alexandro.Rosie works for the Spence family who are into the film industry.Zoila works for wealthy Geneiveve who has marital drama with different husbands.Marisol works for Michael who is Adrian's lawyer.Marisol is under cover doing investigation following the murder of Adrian's maid (Flora) which lead to the arrest of her son Eddy.

5 Ways To Identify If You Are A Side-Chick

"My Hubby Defiled And Impregnated Our Daughter He Also Threatened To Kill Her If She Reports Him;Ann