Renowned private detective Jane Mugo has once again opened up about an incident that happened a few days ago after she was attacked by a group of armed men who allegedly attempted to abduct her without success.

Jane Mugo who was speaking from her hospital bed said that she was heading to an undisclosed location before a group of men who were armed with guns allegedly stopped him and his crew. In attempts to find their way out of this, he said that they tried to reverse the vehicle but were forced to stop by the suspects who fired two bullets in the air.

For this reason, she said that they were forced to surrender. However, the suspects allegedly beat two men who were in her company after which they allegedly pull her out of her car, sped away leaving her bodyguard who later rushed to the police station to report this incident.

According to Jane, she said that this is not the fire time this is happening to her. In her own words, she said that her Attackers might have been linked to a murder case that she is currently investigating where a police officer was accused of Murdering a man.

"This is not the first time this is happening to me. I'm willing to fight for my children. Since 2015 I have reported several life threatening messages that I received to the DCIs. I'm strong and I'm just fighting for my children. I will get out stronger, this happens if you're in my line of work ", she said.

While reacting to her remarks, kenyans who took to their different social media accounts to express their opinions and suggestions on the matter have called her out wanting her to leave her job claiming that it's endangering her children's lives. 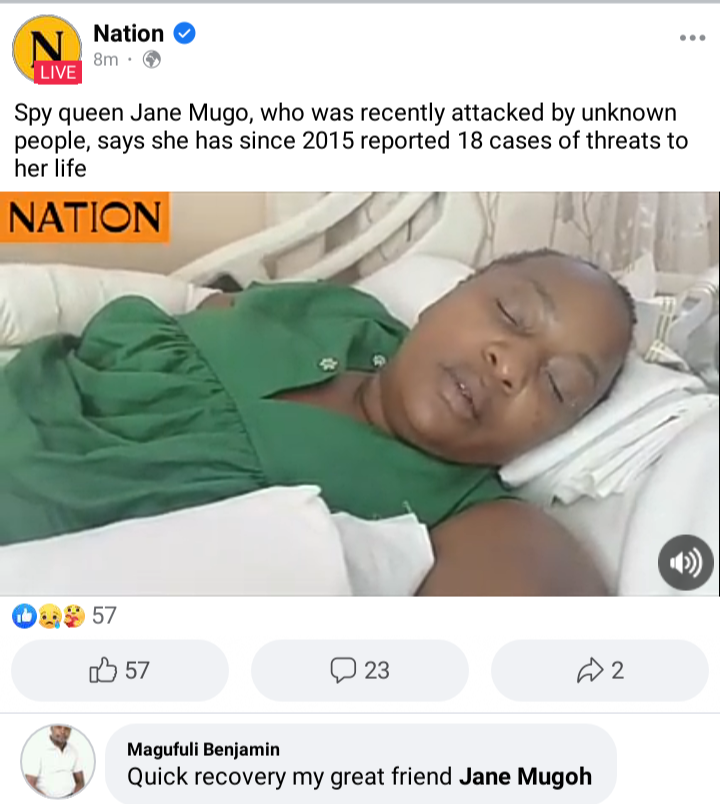 All For My Children Jane Jane Mugo

She Became Her Father’s Wife At The Age Of 8-Years, This Is Her Life Now After Being Rescued