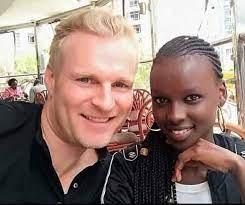 The mystery behind how a 21-year-old Felista Njoroge managed to get around Ksh. 102 million in her bank account in a span of four days continues to widen.

Felista as at yesterday is believed she had left the country to a foreign country which is yet to be known. She is said to have left the country on October 2, two days after the Assets Recovery Agency (ARA) moved to a Nairobi court to freeze transactions of the monies.

At the moment ARA was summoning Ms.Njoroge to give clear clarification of how she had gotten the huge amount of money, she had already left the country and attempts to reach her went futile.

In an attempt to reach her through her social media platforms, her accounts bearing her names could not be found. Technology experts revealed to The Standard Publication that the reason no one could reach her is that she had either deleted or deactivated her accounts. 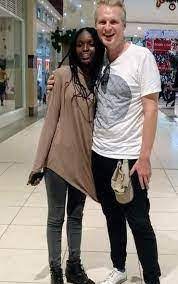 On the other hand, her Belgian boyfriend, Marc De Mesel, could also not be reached via social media despite having huge followers in both Facebook and Youtube.

Bearing no fruits, the journalists who were seeking answers on the mystery behind Felista's new status of the youngest millionaire in the country, turned to her lawyers from  Ndindi and Nadida Advocates but also declined to comment on the matter.

According to initially explanations by Ms.Njoroge, she had received the money from Mesel as a gift, money she was intending to use to purchase lands and start Safari business.

When questioned, Mesel confirmed that he had given her the money as a gift,a sign of appreciation to his fiancee.

Unfortunately, orders to have Felista's accounts at Cooperative bank were granted until investigations are completed.

Details of Collaboration in a MoU Between Nakuru and Stanbic Bank