By RachaelNabai (self media writer) | 2 years ago 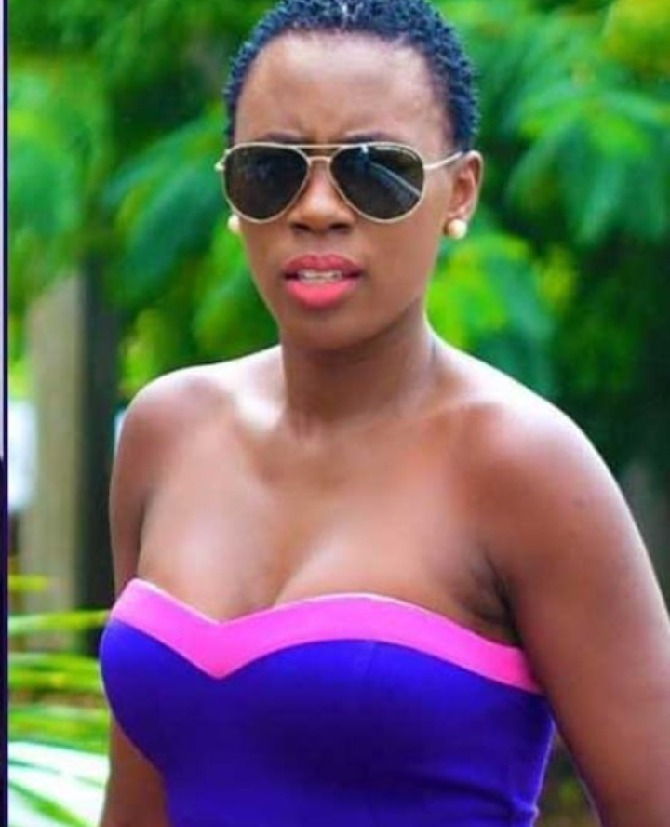 Esther Akoth Alias Akothee has come out to reveal to her fans what is expected on her funeral.According to the Singer a Celebrity is Celebrated more when dead than alive.

Akothee warned people especially Celebrities not to go to her funeral expecting special services cause most of them have never paid for VVIP nor showed up in her concerts.

The Singer claimed that she has already instructed her family that in an event that she happens to die before them. Let her body be viewed at Rakwaro Primary School, so her loyal fans can see her cause it has a large space.

The Singer also said that none of her exes will fight for her body, it's all sorted. She claimed that she will definitely not get buried in Europe, Ringo Nyale but Jakamagambo Rakwaro Kacha.

The mother of five further said that if anyone wants to eat in her funeral then they will have to carry their food but people should not go and frustrate her family with chieth VVIP ,cause you only want to be recognized as one of her supporters and in real sense you never paid for her tickets when she was alive.

She urged Kenyans to stick to their lanes. The famous Celebrity reminded Kenyans that her family are not Celebrities, they are not the richest female Artist Akothee.

She claimed she will die with her shows so people should go and mourn her, bring gifts, money and presents and leave in peace.

She further begged the internet to save her message cause the internet never forgets . The Singer said she would rather have a funeral full of fans and seven Celebrities cause Celebrities don't contribute to Paybills. 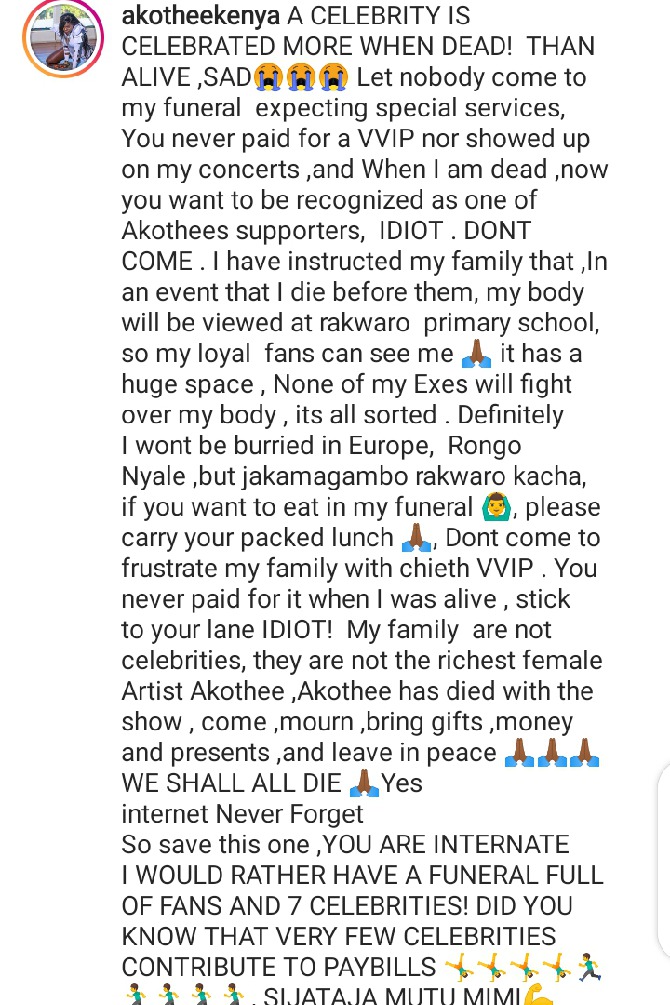 Content created and supplied by: RachaelNabai (via Opera News )