From Grace To Grass: Kenyan Celebrities Who Went Completely Broke

By Qwetutimes (self meida writer) | 25 days 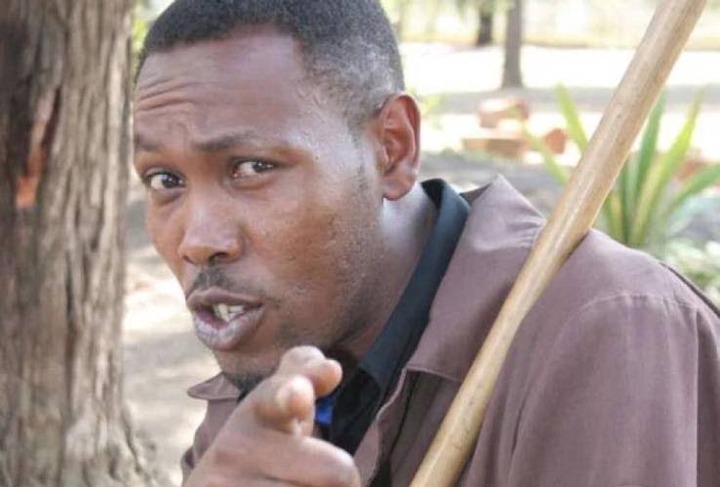 The money and fame are two things which basically defines most celebrities in the world nowadays. The celebrities are known to be famous and living luxurious life also and sometimes the fame overrules some of them, and they begin to see themselves as more special than other people in the society. That's why some of them finally ends up forgetting themselves, and they spend their resources anyhowly and finally ends up becoming broke and started living a miserable life.

The Standard Newspaper, has revealed out five Kenyan celebrities who ended up being broke completely in their lives in a long run, they include as follows: Kinuthia Maina (Omosh) He is the former actor in the famous Tahidi High Series of Citizen Television, where he used to be a comedian character where his name grew to a top celebrity. He used to earn Sh18,000 per episode and by that time he could have done a lot with such amount.

He is currently broke some years later after the end of Tahidi High series show on Citizen Television. He has pleaded for help now for the second time after receiving more than one million shillings previously. The father of three is reportedly not able to sustain himself and now pleads for well wishers to buy him a Camera to start acting again.

Former Churchill show comedian Njoro was also one of the celebrities who were adversely affected by the Covid-19 pandemic, economic crisis and at one time he opened up and pleaded for help to secure a job from well wishers. Through the Nairobian Newspaper, he said that he attempted committing suicide three times. That's when he got a job at KTN news television as a co-host in Chamaa Show.

The former famous Genge rapper, who is known for songs such as Under 18 and Kitu Kosovo, once turned broke after drug addiction where he was forced to go to a rehab and now he has recovered from alcoholism. He has addimited that he once went broke and taken into a rehab where he has recovered now and he is ready to continue with his music career.

She is the former famous Benga artiste who is known for the song Dunia mbaya which covered Kenyan airwaves in 90's. She used to be a star of Dholuo music before she relocated back to her village in Bondo, where she went broke after the death of her husband and she addimited that she went broke, after investing so heavily in other artists to grow.

"Some people misunderstood me, they did not understand how I could possibly run broke, truth is I used most of my money to help other artistes. I invested my money in people," she said in an interview with one of the radio station in the country.

He is one of the former celebrities who went broke after hosting the Tusker Project Fame show for a while. Which was one of the top most shows in the country which led to the rise of many musicians. His photos while drunk emerged November last year where he was collected from streets by a friend, forced to go into a reharb where he is still undergoing treatment.

Woman Murdered By Her Boyfriend after Breaking Good News To Him