By GlobalPolitics (self media writer) | 6 months ago 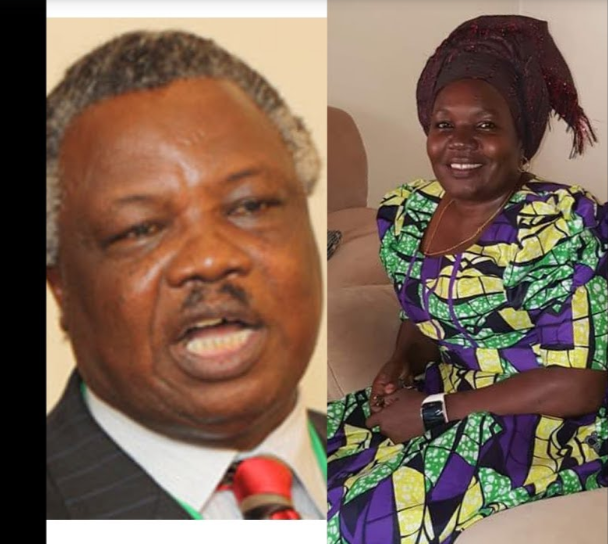 A few days after COTU Boss Francis Atwoli disowned his second wife Roselinder Simiyu Publicly due to her decision to join Ruto's UDA, more details of their separation Emerged.

But even before the public rejection, sources claim that COTU Secretary and his Wife Roselinda had long called it quits and their separation was Nasty as Roselinder revealed in a past interview.

The aspiring politician ditched details on how Atwoli neglected her, disconnected power in their home and even chased her and her son out of Kileleshwa apartment. 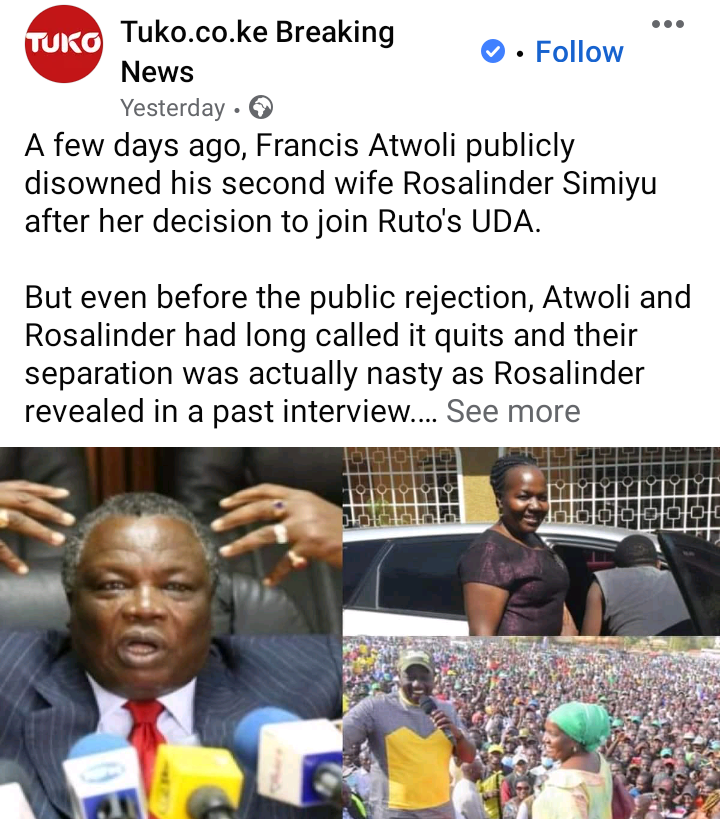 Simiyu dismissed the claims that Atwoli left her because she had interest in politics rather she noted that a number of reasons played part in their separation. Simiyu claimed one of them was after she asked his husband to support her daughter's desire to study in South Africa a decision that rattled Atwoli to point of breaking their marriage.

Loselinder refuted his husband's claim of saying that he was lonely in marriage, Simiyu accused him of being a deadbeat father saying he had neglected her and their Children. Below is what she said.

She said there relationship ended in 2016.

Provisional Presidential results As at Sunday 7:45 AM

"Am Back" Gabriel Jesus Reveals After An Impressive Performance In Arsenal's 4-2 Win.