By Gknight (self media writer) | 1 year ago 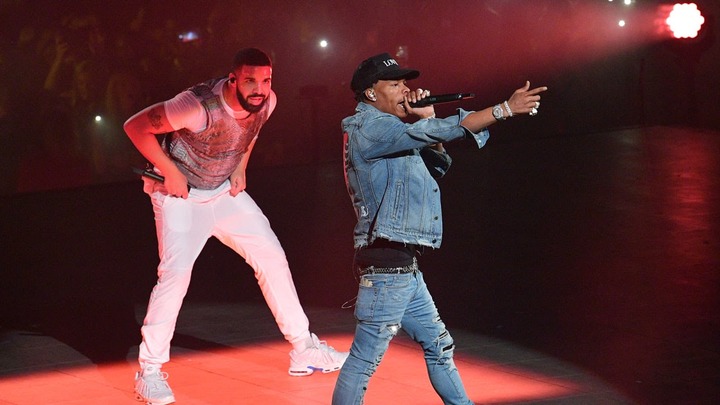 Lil Baby has had a fast rise in the rap scene and this has made him friends with the upper figures in the industry. The rap icons appreciate his talent and most of them have shown their support to the rapper in a number of ways. One of the friends Lil Baby has include iconic rapper Drake and on Monday, Drake took to his Instagram to show off a custom Chrome Hearts Rolex watch. 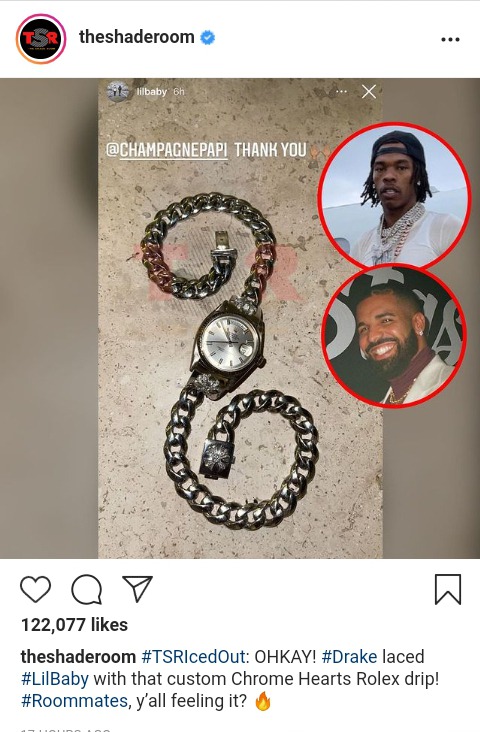 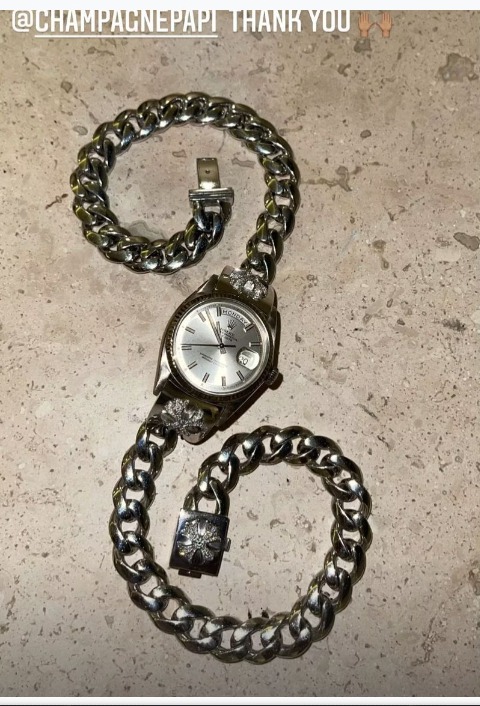 Lil Baby thanked Drake for the expensive gift. This comes weeks after the release of Voice of the Heroes album which Baby released in collaboration with Lil Durk. The album debuted at No.1 on the billboard 200 albums chart. Since its release, the album saw a great success as the project moved 150000 equivalent album units in its first week release. Drake also did a high flying hit with Lil Baby 'wants and needs' and the two have linked up a couple of times and there is some love between the duo. Lil Baby and Lil Durk are set to start their nation wide tour starting this September while Drake is still in the studio for his long awaited album 'certified lover boy' which the rapper has said will be out by the end of the summer. Drake has had a great year which saw him walk away with Billboard's Artist of The Decade Award last month.