Top 10 Kenyan songs of the decade 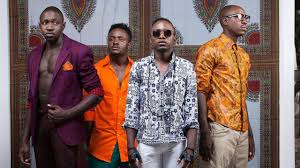 Very great songs that talk about Nairobi have been done , but this decade, Mayonde who is one of the best vocally gifted singers , teamed up with Stonee Jiwe . The beat is really elevating, and chances of bumping your head are high if you like Nairobi.

They used the Mobb deep beats which rocked, Khaligraphy dialogues with Cashy, dropped some fantastic catchy lines, and Cashy was definitely the right man for the job when it was Collabo time.

Abbas did great jams in the 2000s. But it was not until the year 2015, when he then released Bamba, creating a bit, sampling of Dennis Edwards & Siedah Garret’s Don’t look any further.

The party song of the year 2018. One of the few songs that got Kenyans off to their seats. The song did receive some good vibes internationally.

Arrow Bwoy is Kenyan but lives Uganda. Definitely one of the top ten club bangers of the decade.

Will Paul has really given us some great tunes, and his cross-continental collabo was a big smash, with its danceable beat, reggae like, lands the song in the top 10 list

From the beat then to Zikki’s limpid tenor, to those catchy lyrics about dating across the class line, was really awesome. The dialogue approach was also innovative. It was really funny that, Jaguar, added some magic to the song…

Nyashnki was among the greatest rappers of the 2000s with his friend Kleptomaniax. He disappeared for nearly a decade before coming back with so much force ., as Nyash raps from his hearts to quell the rumours and remind us that he is still the king.

The simple video that was shot on Wabera and Kaunda Street, is one of the simple reminders that love is as simple as sharing ice cream cone with your beloved one…And love makes all of us to go kookoo.

This song is the one that turned Sauti Sol into superstars. it then later spawned collaborations Yemi Alade and Tiwa Savages, the greatest female musicians in the continent .

Content created and supplied by: Stevekin12 (via Opera News )

"Nilidhulumiwa" Polycarp Igathe Opens Up on What Forced Him to Resign as Gov. Mike Sonko's Deputy