"Hawataowana" Rapper Claiming to be Gee's Ex Boyfriend Says, Reveals What He Will Do on Wedding Day

A Bungoma based rapper known for his stage name, Rapdon has recently broke silence after renowned gospel secular musician, Stivo Simple boy revealed he is taking his relationship with his Girlfriend, Gee to the next level which is marriage. 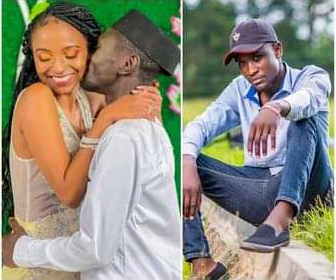 Speaking on Tuko News during an exclusive Interview, the wacky man who is yet to move on revealed that he feels bad about Stivo's flourishing relationship and won't allow them to get married because he is still in love with Gee, who was his lover before.

He further divulged that he got hint of the planned marriage from a mutual friend of Stivo and has revealed what his next controversial move would be.

According to Rapdon, when the wedding day comes, he will storm the event and make sure everything goes controversial as planned.

"I am feeling bad. I have heard that Stivo is planning to get married to Gee sooner than later. I won't allow it to happen. I am going to storm and stop them from exchanging vows," he said. 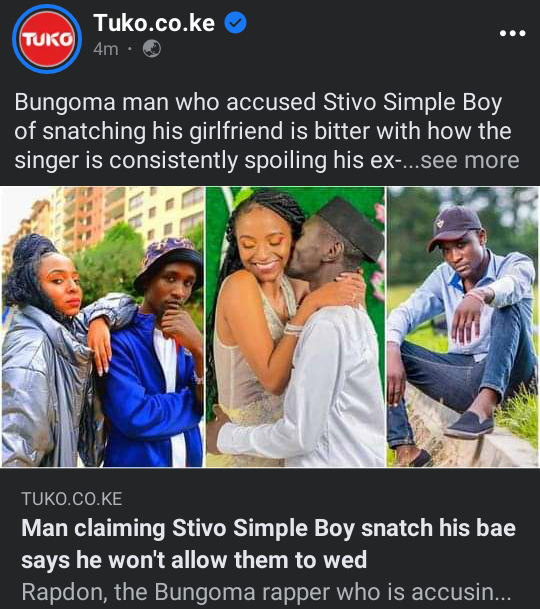 This comes a few weeks after the rapper accused the freshi barida hitmaker of stealing his lover when he paid a visit to his house from nowhere. He revealed that when his lover later left to pay a visit to her sister, he was surprised after seeing Stivo introduce Gee as his new girlfriend.

Meanwhile, social media users have been left bemused and eagerly waiting for the wedding day to come.