By Brendarn (self meida writer) | 1 months 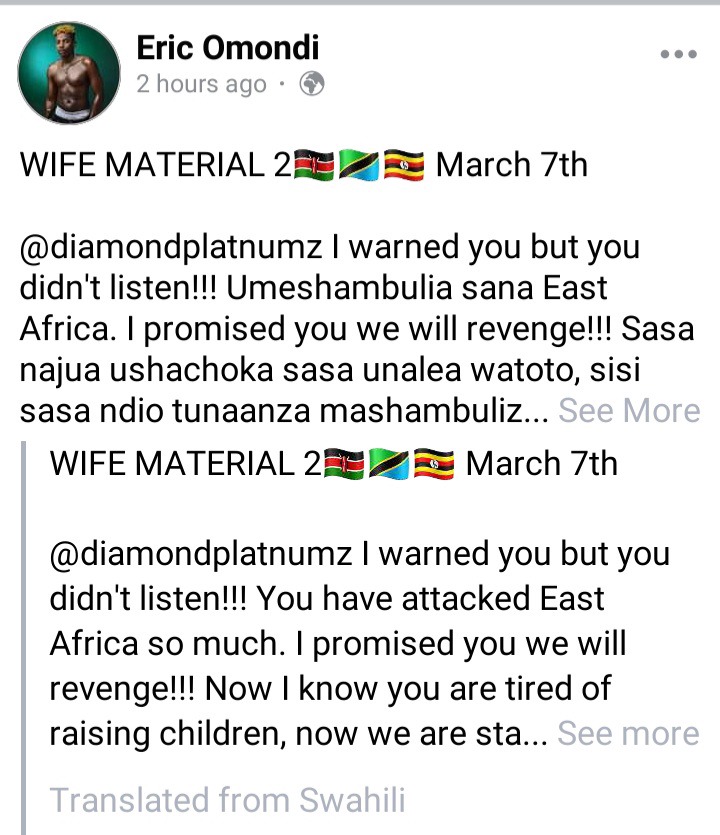 Writing on his Facebook page, Omondi wowed netizens by showing an explicit videos,showcasing a woman in a dress sitting on his shoulder.

The comedian wrote, "@diamondplatnumz I warned you but you did not listen! Umeshambulia sana East Africa. I promised you we will revenge! Sasa najua ushachoka sasa unalea watoto, sisi ndio tunaanza mashambulizi..." 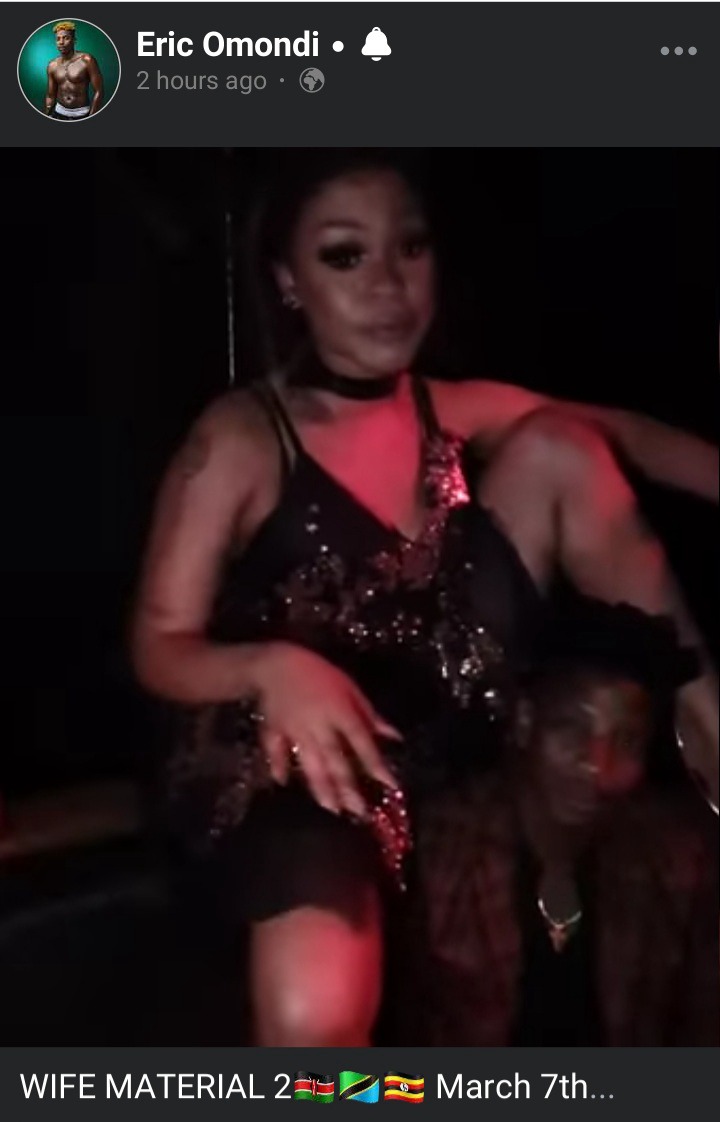 The comedian also hinted on a possible beef between him and the Tanzanian superstar Diamond Platnumz, accusing him of attacking East Africa's women. He also added that he was now only getting started and that the musician was already tired. 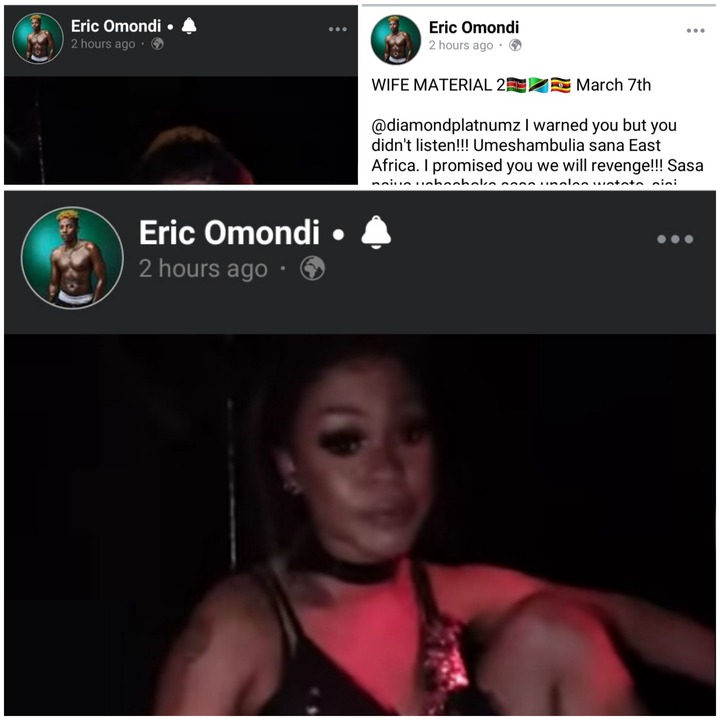 This is not the first time Eric Omondi has been controversial with other celebrity figures. Recently the comedian offered to pay the Kenya Film and Classification Board CEO Dr. Ezekiel Mutua a total of Ksh. 750,000.

The father of one prompted this move after the KFCB boss advised artist to be comfortable with criticism and people talking about them.

"Be comfortable with criticism and people talking about you. That's how your enemies advertise your brand without paying anything!" Dr. Mutua tweeted.

The KFCB boss also had issued an arrest alert for the comedian over the YouTube show Wife Material accusing the comedian of running a brothel in the name of mentorship.