By TheKamams (self media writer) | 1 year ago 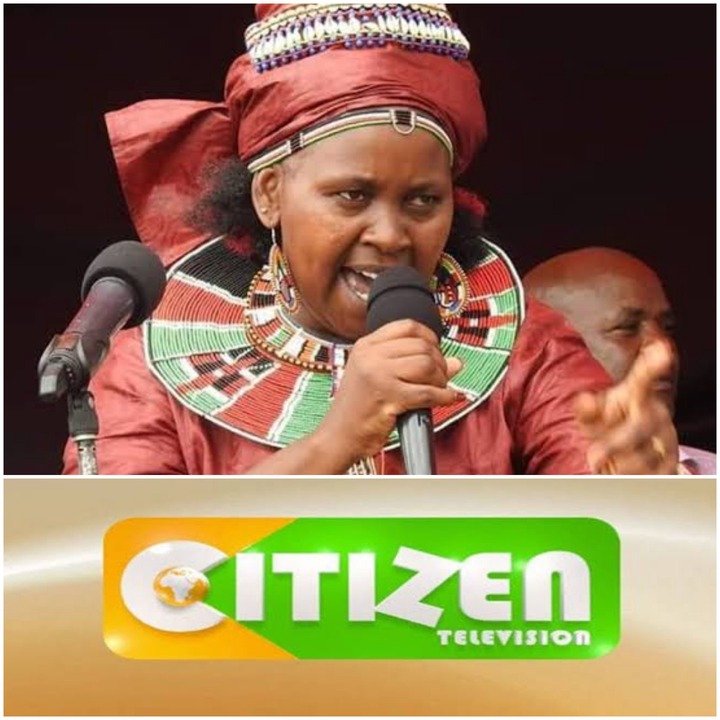 Her move was prompted by Citizen Tv reporting on her husbands death which she had no knowledge of.

According to her, she first saw the news while watching news on the fateful day that her husband succumbed to Covid.

She opened that she was talking to her husband when he suddenly went mute and stopped responding to her messages leaving her worried.

To her it was uncalled for, for the Royal media services to inform the citizens of her husband's passing without her consent and at the same time saying she was seriously traumatized on how the news was announced by the media house.

Commenting on Covid-19 death and burial handling, Gladwell said that there is no dignified death, a loss is a loss. 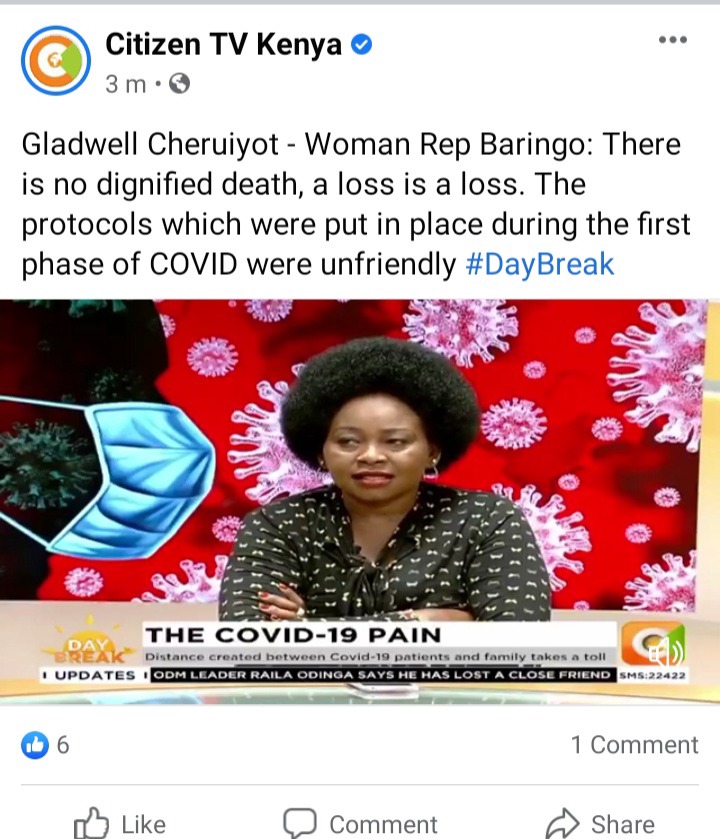 She accused the Ministry of Health of not considering the pain and pyschological trauma of the bereaved and termed the protocols which were put in place during the first phase of COVID to being unfriendly.

She as called upon the government to compensate and at the same time carry a survey on families affected by Covid and offer counselling as many were traumatized by the way government through ministry of health handled the whole situation.

According to her, her children are yet to come to terms that their father died and were not given time to mourn him considering he was buried immediately and not even allowed to go closer to pay their finally respect to him.

Adding weight to her sentiments, Moses Masika, a Virologist said that the guidelines were put place in good faith but the implementation was exaggerated.

Trevor Ombija, Citizen Tv journalist, who was the moderator of the morning show, apologised on behalf of Royal Media Services to Gladwel's family saying that the media house was greatly sorry of the pain it caused . To him, Royal Media doesn't and did not intend to cause any pain to anyone.

Gladwell as called upon Kenyans to strictly follow government guidelines and where mask at all times.

Azimio MP Sent To Six Months In Jail Over Graft

Mwalimu Dida Blasts DP Ruto Ahead Of His Manifesto Launch

A Big Blow To Azimio Camp After One Of their Own MP Jailed To Six Months Ahead Of August Polls.