By TelegraphKenyanews.co.ke (self media writer) | 9 months ago 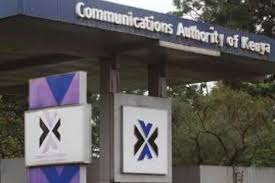 The government has today suspended Mount Kenya Television for one month for airing insensitive content in a program meant for children.

According to the CA, the suspension was meant to allow the channel to attend to internal operational and structural challenges before coming back on air.

‘The Authority has established that the airing of the animated movie, Free Jimmy, was in blatant breach of the Broadcasting Regulations, the Programme Code, and the terms and conditions of the station’s broadcasting licence,” said a statement read by the acting CA Director General Mrs. Wanjau.

Mrs Wanjau noted that the programming containing scenes of sexually explicit content, robbery, violence and drug abuse was aired at a time children were likely to be watching the television unsupervised.

Mt Kenya TV had on Wednesday evening come under fire with the Kenya Film Classification Board (KFCB) confirming receipt of complaints from Kenyans.

“It should be noted that although the program has been pulled down, the violation has already been committed as the content had not been submitted to the Board for examination and classification in line with the Films and Stage Plays Act Cap 222 of the laws of Kenya,” said KFCB boss Ezekiel Mutua.

The TV channel had previously apologised for the content aired in its space while revealing plans to prevent occurrence of the same.

“Wamebakisha Deficit ya Sh500,000” What DP Ruto Was Told During a Church Service in Kajiado

Ways Of Loving Which Will Make You Master Of Love