Gospel Musician Who Became A Drunkard

A gospel musician have caused an online uproar after he narrated how he ended up being a drunkard after travelling to the United Arab Emirates (UAE) for greener pastures. 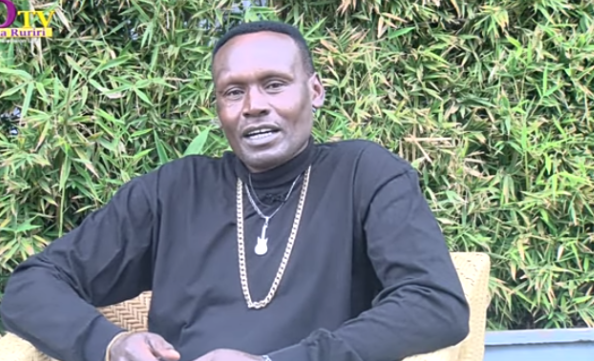 Narrating his story to KD Tv investigative journalist Jeremy Damaris, Peter Gitau, famously known as 'Sitau' revealed that he started singing ant a young age, where he mixed both gospel and secular songs.

However, his decision to go abroad and be one a driver came with some misfortune for him since ended up seeking for a way to be deported back to Kenya. He therefore settled for the unusual behaviour of drinking a alcohol so as to prompt the UAE government to arrest and deport him.

At one time, he drove a car that he had been assigned while drunk. This ended costly for him since he caused a fatal road accident. After he was taken to hospital, he was presented in a court of law which resorted on deporting him back to Kenya.

After his arrival to Nairobi, he camped for several weeks with some of his friends where they always visited alcohol drinking joints. He later went home but this wife could not stand his behaviours and therefore opted out of the marriage.