By INTRODUCTION (self media writer) | 8 months ago

We all remember Kenyan celebrity Achieng Abura who passed on some few years ago, his son and an only child Prince Christian Abura has succumbed to Sickle cell anaemia after a long battle with the chronic disease. Prince was diagnosed with the disease at birth and died peacefully in his sleep on 10th May. 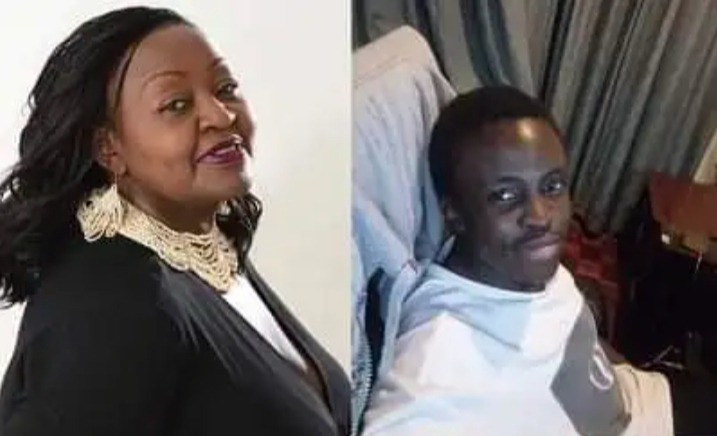 Prince who was to graduate at Riara University on September this year was brave enough to have had a tough battle with the disease since birth. It's stated that after the death of his mother, Achieng, he developed complications that resulted in him being admitted at the Aga Khan Hospital for months. Kenyans raised millions of shillings in an online campaign that saw him get over Ksh 4 million for his treatments.

Through the Abura sickle cell Fund that was launched after the death of his mother, Prince was fortunate enough to go to school and even finish campus but death took him early. The chairman's fundraiser thanked all that supported Prince's worthy cause enabling him to have a normal life as everybody else. 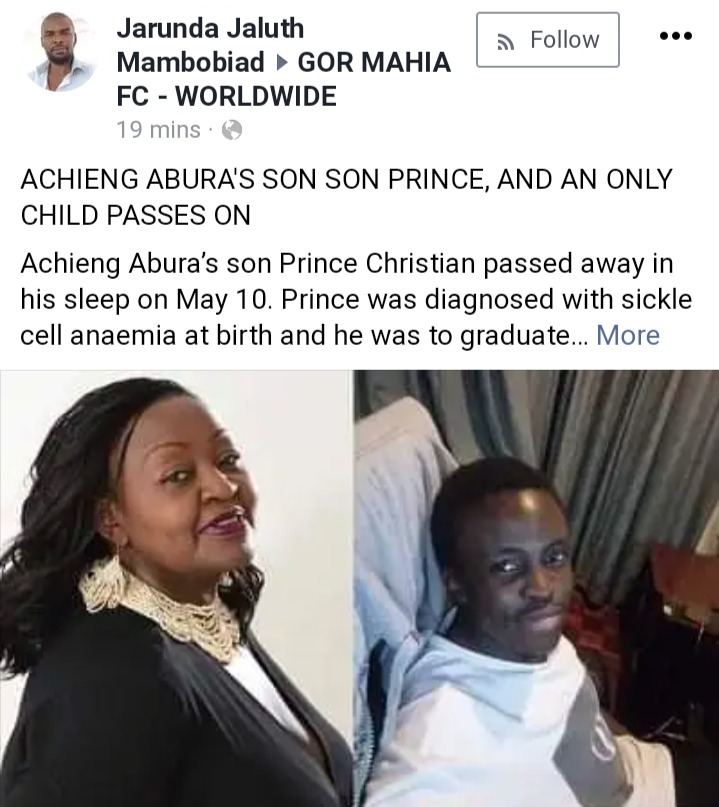 May his soul rest in peace!.

Raila Odinga Receives A bigger Boost Ahead Of August Election.