The government has been going about cleaning the airwaves and the latest casualty is a popular radio and television pastor who has never shied away from controversy. 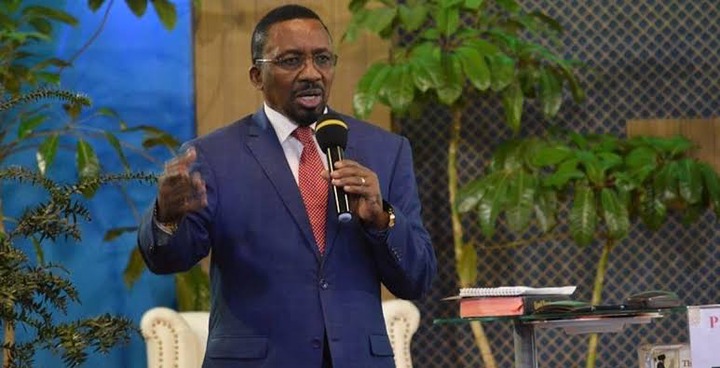 This afternoon, according to the latest reports, James Maina Ng'ang'a has had his Television Station shut down by the Communications Authority with immediate effect.

It's not yet clear what law the popular televangelist broke this time to bring unto him the wrath of the Communications Authority which is a body in charge of all TV and Radio stations in Kenya.

James Maina Ng'ang'a is the controversial pastor that owns the Neno Evangelism Center which has been embroiled in problems with the law for a while now.

The order comes just barely days after the popular televangelist went on another rant on air saying how many women he has been with in his life.

In the explicit rant that the pastor had to apologize for later, he said that he has fathered a lot of children through the years, words which angered a lot of parents and the public at large. 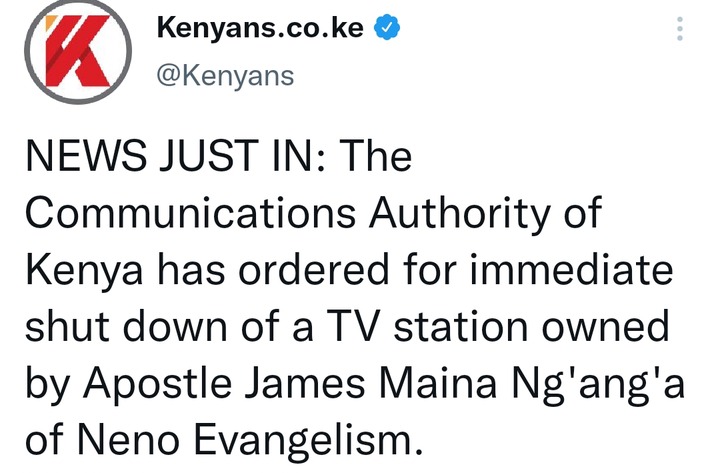 Our Next DP? Kenyans Suspect The Mt Kenya Politician Who Will Deputize DP Ruto

Is The Love Of Your Life CHEATING On You? Check The Following Indicators