US Based Woman Wants Equal Share in Nyachae Wealth, Threatens to Seek Justice in Court

By Ericknewswritter. | self meida writer
Published 8 days ago - 2 views

A woman identified as Margaret Chweya has come out demanding equal share in the Nyachae wealth. The US based woman who was with her son she bore with the late Nyachae said she wants justice done on her part since she was a lover to the deceased and his son is now 47 years of age. 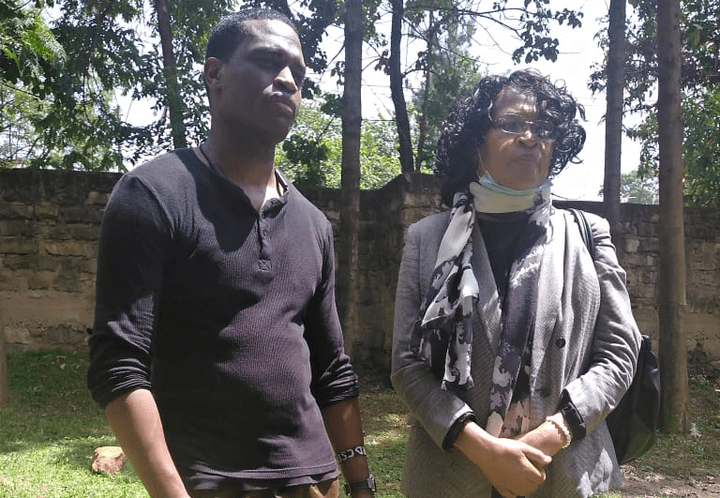 On the burial day, Margaret says she was in Gusii stadium and even followed the procession to bury the late mzee. To her surprise, she was chased away by Charles Nyachae, the eldest son to Simon Nyachae.

Margaret while addressing her plight to the press, said that she had travelled to Kenya to see Nyachae while admitted at Nairobi hospital. She was again chased away by the same Charles Nyachae with an axcuse Covid-19 presence.

Margaret says she met Nyachae in Kisii in the year 1973 while working at Jogoo building. Its when they started the love affair that transpired into a relationship. Later they sired a baby boy Rodney Nyachae who is now 47 years of age. After six years later they sired their second born son, Nyandusi Nyachae.

Later, Simeon Nyachae processed her move to the USA to further her studies. The 65 year old Margaret regrets of the way she was handled by the Nyachae family led by Charles despite being part of the family.

Margaret now wants justice done on her side before proceeding to court. She wants her children be recognized as family members of Nyachae and bequeathed equal share of the vast wealth. Whats your take in this Scenario if Margaret? Should she given equal share or just go back to USA where Nyachae had given her green pastures?

Charles Nyachae Margaret Chweya Nyachae Simon Nyachae US
Opera News is a free to use platform and the views and opinions expressed herein are solely those of the author and do not represent, reflect or express the views of Opera News. Any/all written content and images displayed are provided by the blogger/author, appear herein as submitted by the blogger/author and are unedited by Opera News. Opera News does not consent to nor does it condone the posting of any content that violates the rights (including the copyrights) of any third party, nor content that may malign, inter alia, any religion, ethnic group, organization, gender, company, or individual. Opera News furthermore does not condone the use of our platform for the purposes encouraging/endorsing hate speech, violation of human rights and/or utterances of a defamatory nature. If the content contained herein violates any of your rights, including those of copyright, and/or violates any the above mentioned factors, you are requested to immediately notify us using via the following email address operanews-external(at)opera.com and/or report the article using the available reporting functionality built into our Platform