"I Met Her On The Road." Stivo Simple Reveals That He Is Dating And Plans To Get Married

By Goansage (self media writer) | 8 months ago 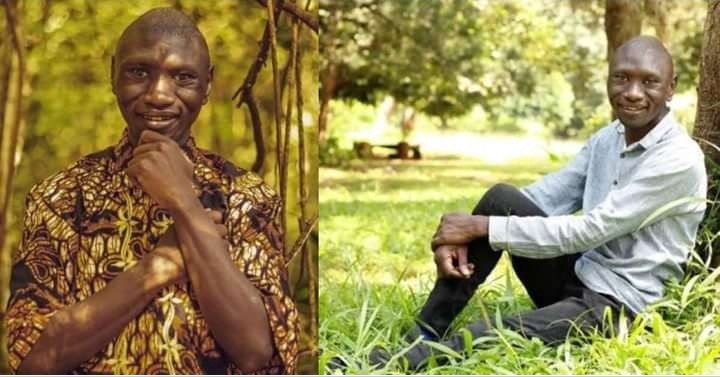 Stephen Otieno known to his as Stivo Simple is coming from a humble background. The humbly Stivo Simple live In Siranga in Kibra constituency.

The artist is known by his but song mihadarati pleading the youth to embark to a good life and leave drugs alone. He is known by this song which makes him to be educative as he is fighting drugs in the society.

The spoken-artist has now revealed that he is in love and plans to get married to his live of his life.

Stivo Simple talks in one of his songs that how it is hard to get a love and ever his since his hit song 'vijana tuache mihadarati' song he did not hurry to get into relationship.

The artist story has earned many hearts as he narrated it on the churchill show journey series and it is amazing.

Stivo Simple has met with Fridah who she knows Is the love of his life and plans to get married with her. The mihadarati hit maker said that they first met on the road.

Stivo Simple speaking to Churchill said that he met the Kibra lady his first time and told her that (nimekuzamia na tena nimekudata) I've fallen in love with you and from there they exchanged numbers.

He also said that he took time to learn his lady and now he's hoping to tie a knot with Fridah the love of his life soon.

He told the churchill that he can't just love someone like that but he has to know them first.

Once everything gets to normal the born again Christian said that he hopes that soon things walk down to the aisle.

How To Simply Prepare Yoghurt At Home

I will Legalize Bhang If Elected the President, says Wajackoyah

Kalonzo Swings Into The Campaign Trail With Jirongo, Wanjigi And Gideon Moi On His Side