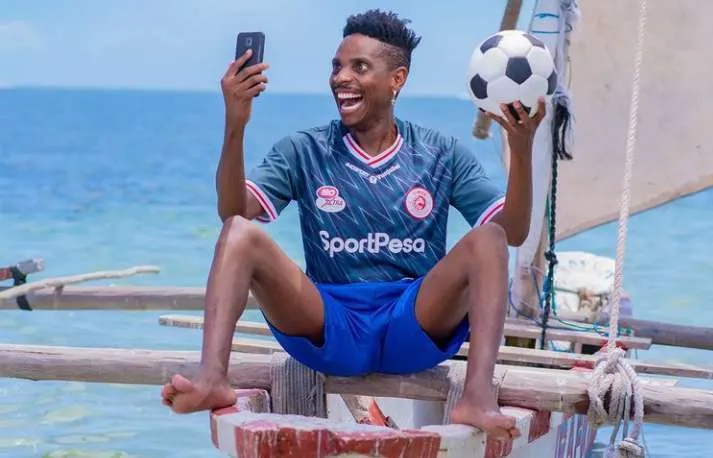 The Kenyan Comedian Eric Omondi has been told by a section of some fans to just pay the while hospital bill rather than posting the pay bill number on his official Instagram account. And in response to the fans Eric replied by saying that it' s January and things are very hard. 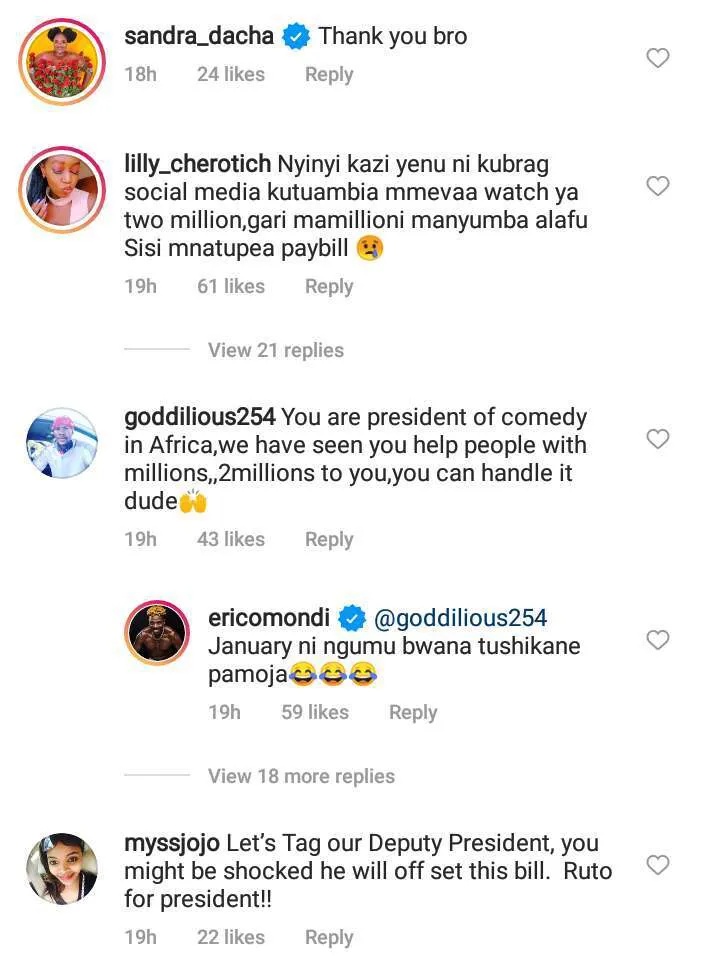 Why do fans want him to pay the whole bill?

There are several reasons for the fans to say that the comedian should just pay the whole hospital bill. One being the vast majority of wealth he keeps on bragging about through his social media pages and two being the vast amount of multi million deals he keeps on posting that he has signed.

This two are the main reasons why the fans think that Eric has the whole amount of money and he should just take the responsibility of paying the hospital bill.

Akuku danger has been hospitalized for quite a while now. He was to be discharged on 15th January, but due to the increase in hospital bill which amount to around 2 million Kenyan shillings, he is still held at the hospital till he clears the bill. 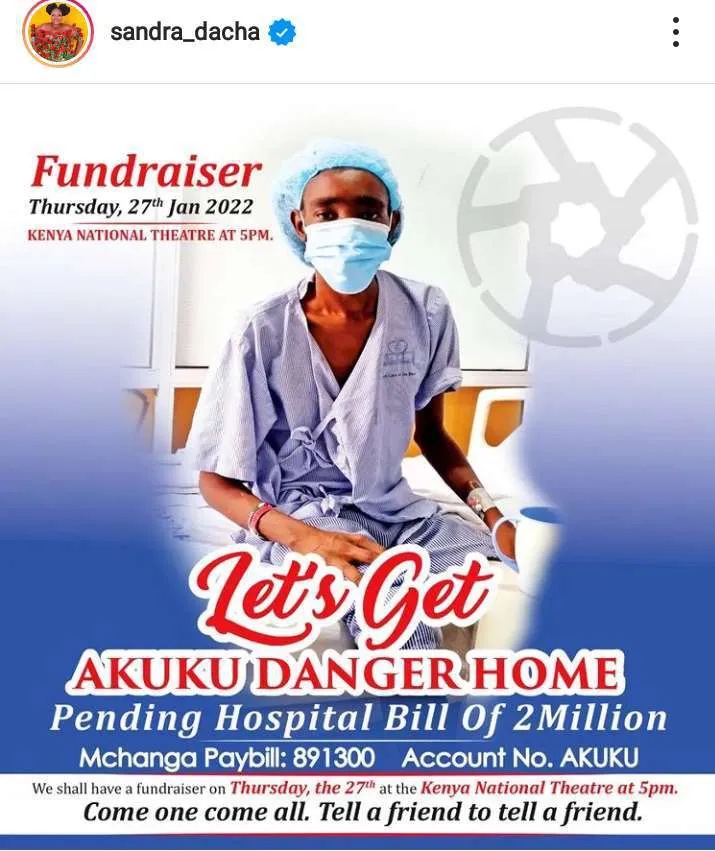 One of Akuku Danger' s lungs had collapsed and that' s one of the major reason why he was in the ICU and this led to this larger amount of bill.

Other celebrities who have been told to pay the whole bill.

Other celebrities have been told to pay the bill like Ringtone. This was after Ringtone posted a video on Instagram saying that his watch was worth over 2 million Kenyan shillings. 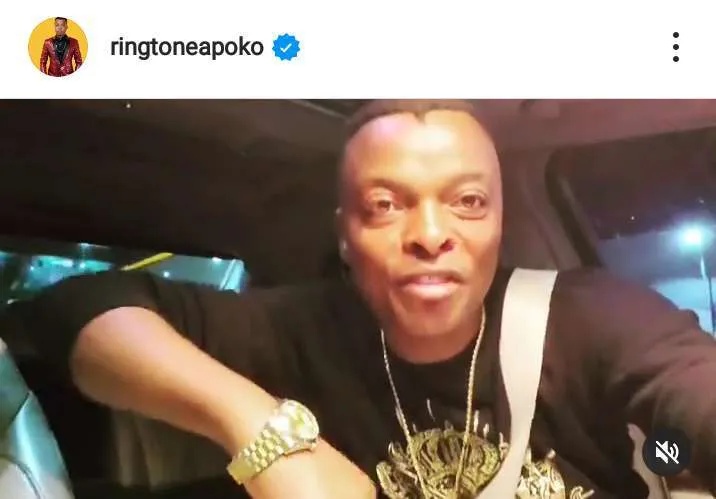 This video received backlash from majority of the fans saying that instead of him the watch, he could have just taken the initiative of supporting his fellow celebrities by paying the bill instead of posting the pay bill number. 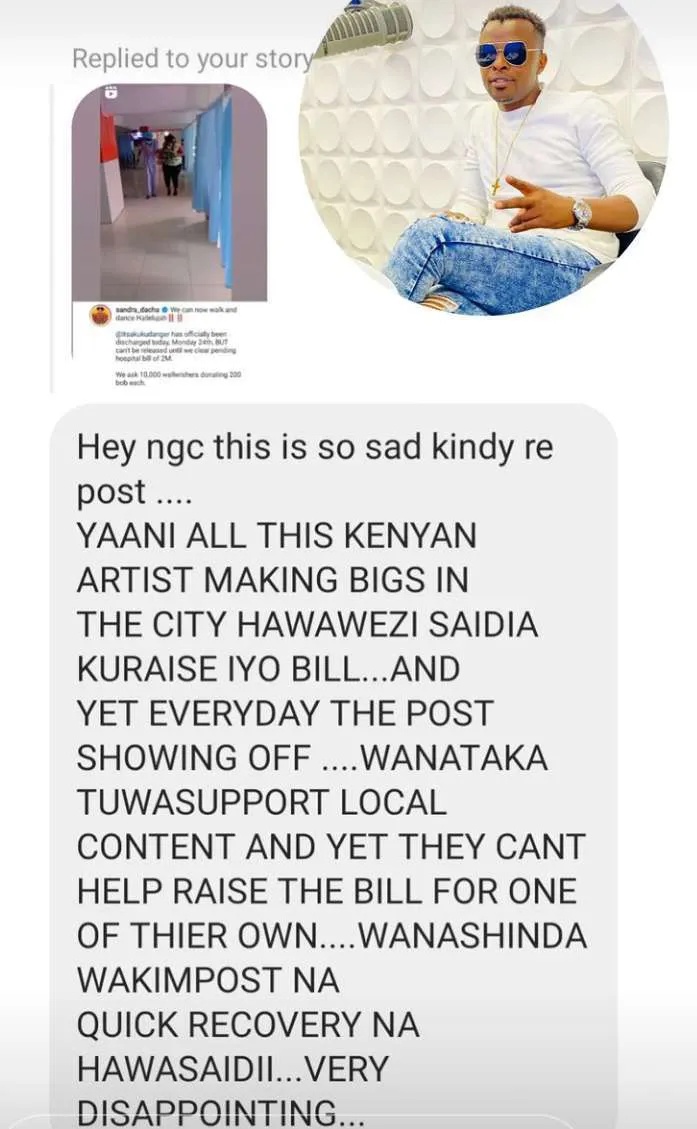 Other celebrities like Akothee, Churchill and Jalango have also been posting the pay bill numbers even though the fans believe that they can afford the whole amount of money.

Why no celebrity is paying the whole hospital bill.

From my own opinion, 2 million Kenyan shillings is a very big amount of money that you can just decide to remove from your own pocket. Rather than one person paying the whole bill, they may have decided that every Kenyans and other fans across the world to be involved in contributing to this amount.

Taking for example each celebrity that has posted the pay bill number, has atleast a million followers on Instagram. It could only take like twenty thousand people if each one of them contributed atleast 100 shillings for it to reach two million Kenyan shillings.

They must have came to this conclusion and that' s why till now, no one has taken the initiative of paying the bill by themselves but rather including the fans.

Upto this point, do you think that the celebrities posting the paybill number should have taken matters on their own hands because Akuku Danger was to be discharged on 15th January but till now, he is still not discharged not because of his health condition but because of the pending bills.

With all these, you should also keep in mind that those celebrities also have their own personal issues as well regarding their money. 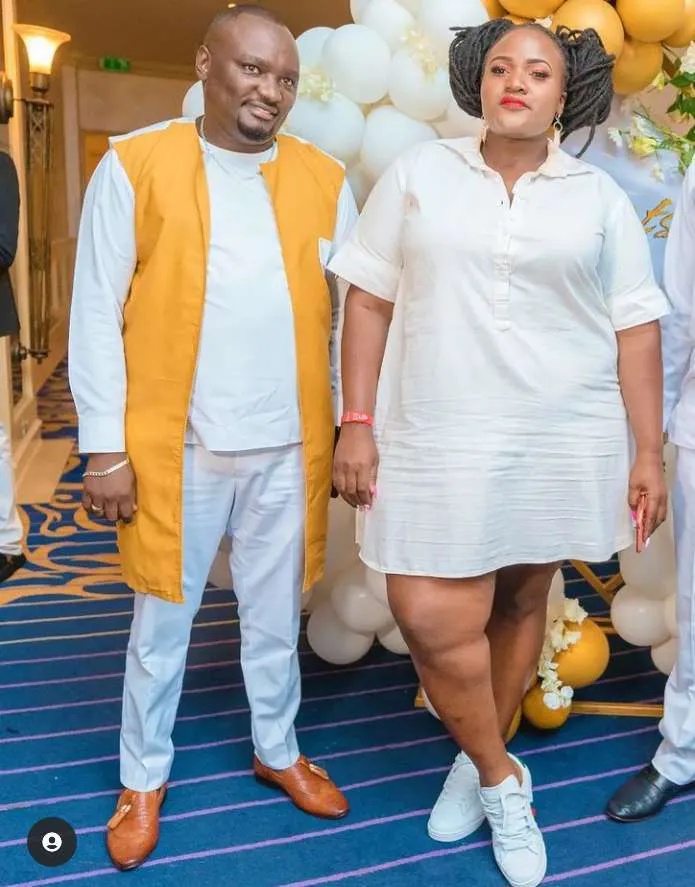 Even if Akuku Danger was to be discharged, his health condition was not as it used to be. And that' s why we send our prayers to him, his relatives, his lover who is actress Sandra Dacha and his friends as well.

Comments bellow on what should have been the right decision to be taken by the celebrities.

MOH Gives Message To All Kenyans

Photo of The Man Accused to Have Conned Kasarani OCPD Sh 597,000 Through Sim Swap Fraud