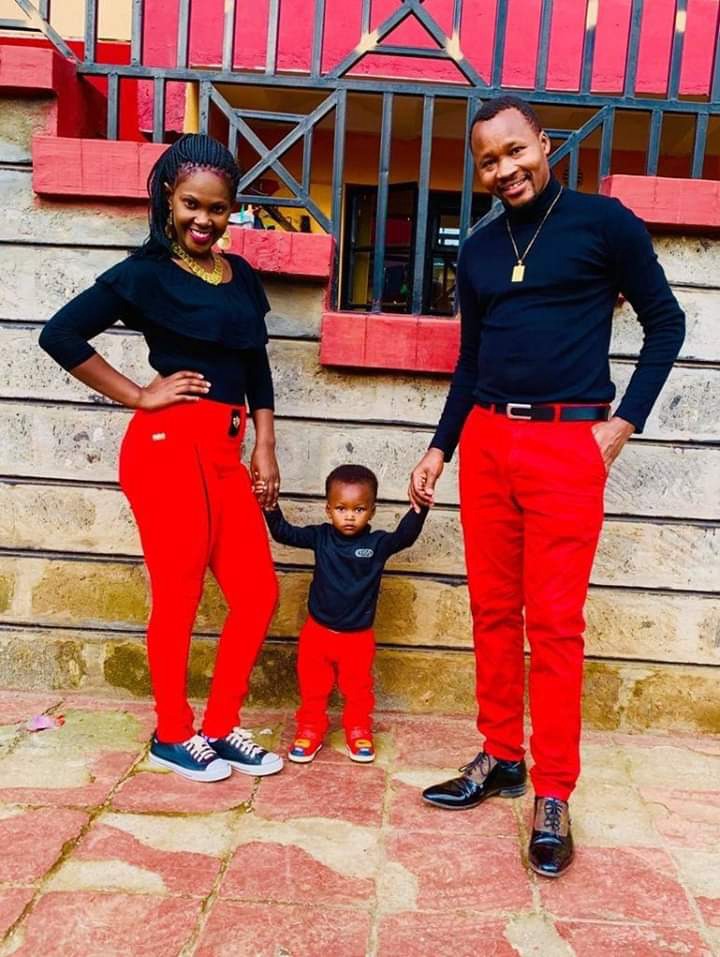 Singer Justus Myello with his wife and son.

Controversial gospel artist Justus Myello has swallowed his pride and apologized to his fans over his recent utterances.

In a post seen by Operanews by the singer, He noted that the utterances were uncalled for and were as a result of anger.

He promised that the situation wouldn't repeat itself and begged for forgiveness.

He took the opportunity to announce his new video dropping today.

"Hi everyone, praise Jesus watch out for a new video dropping this evening at 1700 hours. Once again I apologize for the previous post and want to state that I did that in anger but I promise it won't happen again, thanks in advance for your forgiveness. Let's soldier on in Christ," read his post.

He accused the presenter of having numerous affairs stating that he only played songs sung by women alone.

A few days later he reignited his attacks stating that he wasn't apologetic.

He observed that he wouldn't take nonsense from anyone not even his mother saying that journalists shouldn't be creating more enmity between artists.

However, it's a good thing that he regrets what happened and ready to put all that behind him.

After the post people on Facebook had varied opinions as some seemed to agree with him as others still thought he should learn to control his anger since the damage is done. 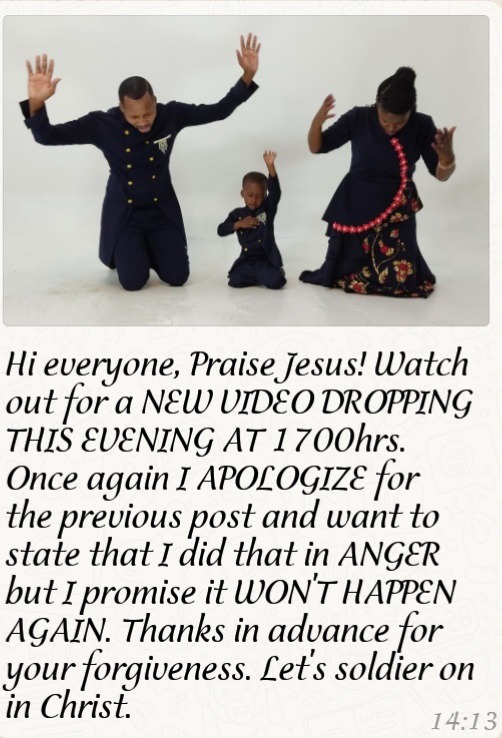