"I Am Not Desperate, I Was Only Speaking On Behalf of Single Women," Chepkam Takes an About-Turn

By Cheboi_Rewrites☆ (self media writer) | 1 year ago

No woman in their late 30s would probably want to be single in the next two or more year's just to safeguard their chances of child bearing. Controversial to that, most of them would see themselves as contempted in the society and become completely desperate of ever breastfeeding their own baby. 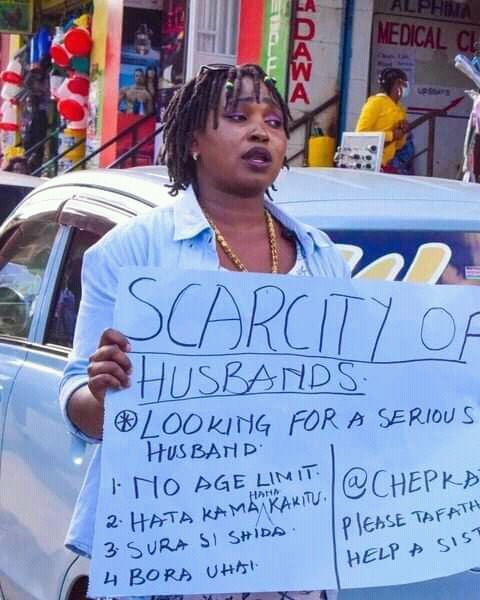 On contrary, an Eldoret-based comedianne had in the midst of the week brought Kenyans into her limelight after walking in the streets of Eldoret seeking a serious husband, on her hands, was a chart written in clear capital letters, 'SCARCITY OF HUSBANDS'.

She also went ahead and eliminated all the qualities most women look for especially in Perfect Match, Ebru tv show. According to her, any man no matter the age, looks or tainted with poverty would be suitable to be her perfect match.

Her pictures went viral and as usual, Kenyan men took to social media handles seeking her phone number to start a relationship with her.

Just recently, Chepkam has taken an about-turn spilling the beans that she is not desperate, something which has not been received in a good perspective especially from all men who were ready to make her the happiest woman on Earth.

Blowing her trumpets further, the beautiful lass has defended herself disclosing that her acts were out of her comedy skit. In addition to that, she says she was only speaking on behalf of all single women out there, especially those who are craving amid for a husband to marry them. 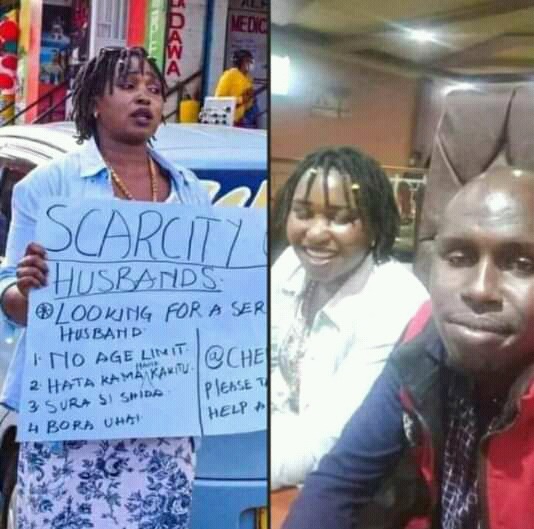 The 24-year-old has also claimed that via her flamboyant comedy skit, she has already self-employed hherself, noting that the country is tainted with scarcity of jobs.

Meanwhile, what are your feelings and thoughts concerning this. Also, don't forget to subscribe to my channel for more entertaining tales.