A dramatic scene was today witnessed in Kakamega after a man who is reported to have stolen the TV set of a witch doctor was forced to return it to its rightful owner after being attacked by a swarm of Bees that refused to leave his side. 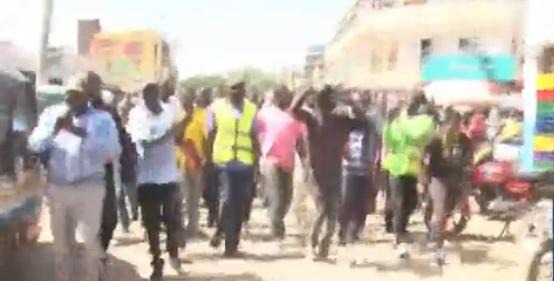 According to the reports given by a reliable source of information, it has been revealed that the suspect allegedly stole the TV from the victim several days ago. This was followed by a dramatic scene after the victim allegedly went to work in order to get his TV back

Surprisingly, it has been revealed that the suspect was seen running back to the owner of the TV after which he allegedly collapsed as soon as he got to the man's house. According to the reports given by the witnesses, they claimed that the TV stuck on the man's back.

While reacting to this incident, kenyans who took to their different social media accounts to express their opinions and suggestions on the matter have called upon the inspector General of police along with the director of criminal investigations to work with this kind of people in order to find more suspects.

According to the reports given by most Kenyans, they claimed that it was so unfortunate that the government is yet to do something about the increasing number of criminals in the country despite the fact that Alot of people are currently Loosing their lives and properties on a daily basis. 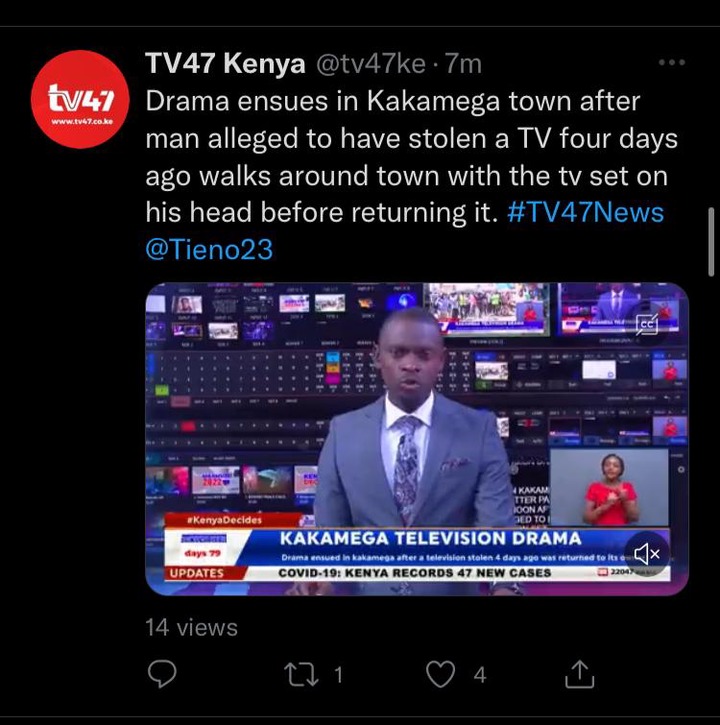