By Danteeh_ke (self media writer) | 3 months ago

After the success of his new song known as "Mang'dakiwe remix" the Konde Gang CEO, Harmonize has announced that he will be dropping 2 Amapiano single songs on the same day. One of the song is known as "Teacher Konde" where he posted the music teaser on his instagram account.

"official my name is a teacher. Dropping (2) Amapiano one night just for the club and street," said Harmonize.

One of his close friend known as Hbaba praised Harmonize for being on top of the game such that all his music rivals are having sleepless night because of him.

As much as several people are in agreement with Kondeboy, Other people like Bonboy don't agree with him.

According to Bonboy Harmonize's music has become like taarab where he cannot sing without mentioning other artists. This is after Harmonize indirectly mentioned Alikiba & Diamond in his song.

The lyrics used by Harmonize in the song are only ment to inderectly attack WCB since the artists are well known by how they do clouts in order to boost their music.

Note that this It is the first time for Harmonize to use Alikiba in his song to allegedly compete better with Diamond Platnumz. 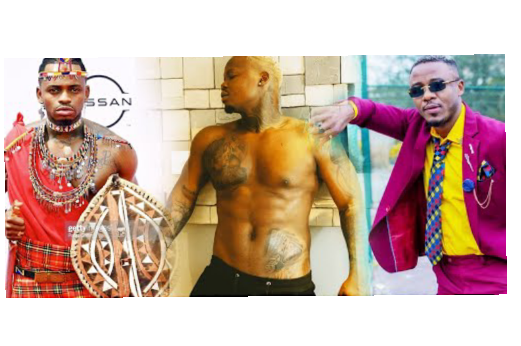