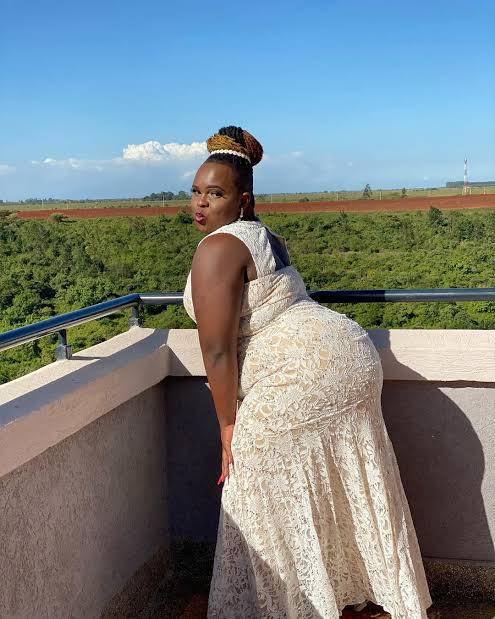 Official Kinuthia is a Kenyan tiktoker and a content creator. Kinuthia posted the image of his national ID card yesterday but it ended up circulating all over the social media platforms. The ID triggered mixed reactions among the netizens because they felt that it was forged.

Speaking in an exclusive interview with Mungai Eve, Kinuthia indicated that he posted the national ID in order to clarify certain things to his trollers. Before he turned 21 years, he posted a video on TikTok indicating that he was turning 21 and netizens trolled him because they perceived it as a lie. For that reason, he felt frustrated and he was compelled to post it as a prove. However, after posting it yesterday, most of the netizens especially on Twitter concluded that it was fake and he should post the birth certificate.

Kinuthia has also cleared the air by indicating that he only crossdresses because of branding women clothes, nails and hair and everything he does is purely job. Due to some issues involved with branding, he stated that he will be extra careful and search for safe brands and their location. Kinuthia consults his mum everytime he is making a decision because she is his best friend. Despite the trollings, he has managed to overcome them although at first it was very challenging. At one point, one of the trollers commented "heri mamako angezaa ng'ombe tuitwe bash tukule," and this made him to disappear from social media for one week without posting. Kinuthia talked to a friend who encouraged him and now he is used to the trolls.

Kinuthia is shifting from his current house after experiencing issues like noise disturbances and inadequate parking area. His former YouTube channel was hacked and some unknown people took advantage of the situation and started requesting for Sh.30000-50000 to hack it back. However, he managed the situation and created a new YouTube channel which is doing much better than the previous one.